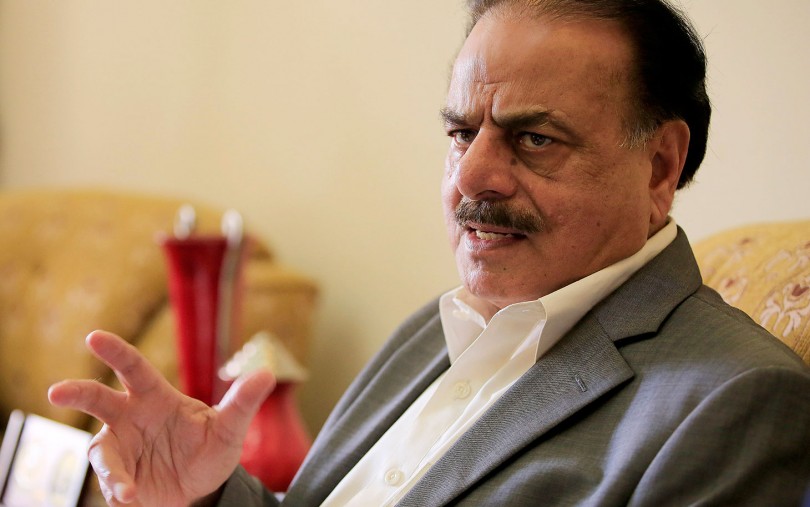 Written by Syed Ali Zia Jaffery
Wars may be fought with weapons, but they are won by men. It is the spirit of men who follow and of the man who leads that gains that victory General George S Patton

Rookies are polished and readied to become leaders of men at the prestigious Pakistan Military Academy (PMA), Kakul. The institute produced men who commanded troops, flaunted valor against all the odds and made a name in the annals of history. The bond between the leader and the led is the hallmark of the Pakistan Army, whose officers are infested with the cardinal principle of putting the interests of the men under command foremost. But above all is the country. Yes, Gentlemen Cadets are only made commissioned officers when they take a solemn pledge to defend the country, periling their lives. An assortment of patriotism, verve and military acumen has driven proud sons of the soil to display conspicuous acts of bravado from the plains of Punjab to the tracts of Chittagong, to the peaks of Kargil. The Passing Out Parade at the Rafiullah Drill Square is not a mere graduation ceremony, it kick starts a journey of men who would meritoriously contribute towards the realization of national goals.

In October 1958, the 18th Long Course of the Pakistan Military Academy passed out. The graduating course included a Pashtun cadet by the name of Hameed Gul, who like all his course mates vowed to protect his country even at the risk of his life. Gul got commissioned in the prestigious 19 Lancers, a regiment of the Armored Corps of the Pakistan Army. Gul rose up the ladder, direct participation in the epic tank battles of the 1965 war made Gul a battle-hardened soldier. He attended Command and Staff Course and the Armed Forces War Course, which merited his appointments in command, staff and instructional positions. Even in the middle of his career, he was renowned for his adeptness in military studies, and was hence often chosen to deliver lectures on various important military subjects.

Gul got commissioned in the prestigious 19 Lancers, a regiment of the Armored Corps of the Pakistan Army.

Gul was under the command of then Commander II Corps, Lt Gen Zia-Ul-Haq, who later was bequeathed the appointment of COAS. Unsubstantiated stories inkle towards his close ties with Gen Zia as the reason for his subsequent promotions as formation Commander, Director-General Military Intelligence and later as the Director- General of the Inter Service Intelligence (ISI)

Gul got international recognition by his direct involvement in efforts to drive out USSR from Afghanistan. Being a linchpin of “intelligence” based operations in Afghanistan, Gul came in close contact with US security and intelligence officials. The Afghan Jihad was well underway when the reins of the ISI were bequeathed to General Gul in March 1987. Seeing this coveted post as a platform to fulfill his oath taken way back in 1958, Gul carried on strategizing the Jihad in his own cavalier manner. Bold and audacious, Gul was vociferous in his dealings. Responding to a request by Senator Gordon Humphrey, Gul unequivocally stated “I have got from my government and you don’t direct me, my affairs, my business and how I conduct it.” Gul’s epoch as the spymaster proved to be the last nail in the coffin for the Soviet Army. This is evidenced by a piece of the Berlin Wall presented to him by the Germans as a token of gratitude for his contributions in inflicting a crushing defeat to the Soviet forces. His critics often bring up the Jalalabad Operation and its failure to achieve the set objectives as a stigma on his career, ignoring a host of other factors which resulted in the eventual failure of the military engagement.

Being a linchpin of “intelligence” based operations in Afghanistan, Gul came in close contact with US security and intelligence officials. The Afghan Jihad was well underway when the reins of the ISI were bequeathed to General Gul in March 1987.

Gul was rebuked for making the Islami-Jamhori Itihad (IJI) as a force to thwart and supplant Benazir Bhutto, for she was deemed as a security risk. As a valiant soldier, Gul never shied away from creating this cohort of Punjabi Politicians. Gul, time and again said “take me to court, I will explain why I did it”, a courageous statement which only Gul could give.

During and after his stint in the ISI, Gul remained an ardent supporter of the Kashmir cause. Though, not a strong advocate of infiltration, Gul was instrumental in setting the stage for a potent Kashmiri-led freedom struggle against India. Indian strategic fraternity considered Gul as the brain behind the Kashmiri backlash which started in 1989. Gul was an important cog in the planning and operational aspects of the famous military exercise “Zarbe Momin” to ward-off the Sundarji-led Brasstacks initiated by the Indian Army.

General Hamid Gul was a man who had indomitable will, with a domineering personality despite being an otherwise humble person. He believed in leading from the front. He chastised and refused his appointment as Chairman of Pakistan Ordinance Factory (POF), saying that “I am a General, not a factory manager.”

Indian strategic fraternity considered Gul as the brain behind the Kashmiri backlash which started in 1989. Gul was an important cog in the planning and operational aspects of the famous military exercise “Zarbe Momin” to ward-off the Sundarji-led Brasstacks initiated by the Indian Army.

He had remained vocal even after his retirement from the army. He staunchly believed that Pakistan’s support to the freedom struggle is a must for its national security. He became averse to the West and India, terming these foreign forces as threat to his motherland.

The US and the Indians are quick to attribute him as being the godfather of the Taliban, an assertion far from being veritable. Gul believed that Indian influence must be curtailed in Afghanistan. He was a fierce proponent of the misconstrued concept of strategic depth.

Gul, till his ultimate demise remained committed to his cause. “My mission is not over” were his remarks in an interview few days before his death.

One could certainly disagree with many of his tactics in achieving his mission, for they have a tinge of radicalism in them. But what people could never see was a hardcore and practical realist in him. A man of undying verve, commitment and grit, Gul was a Pakistan by every inch. The passion for the country was there for all to witness, acknowledge and laud.

Pakistan lost a man of vision; a man who remained on the forefront, be it as a soldier or a spymaster or an activist for that matter. Certainly, this Sargodha-born Pashtun was reminiscent of his oath that he took 57 years ago.