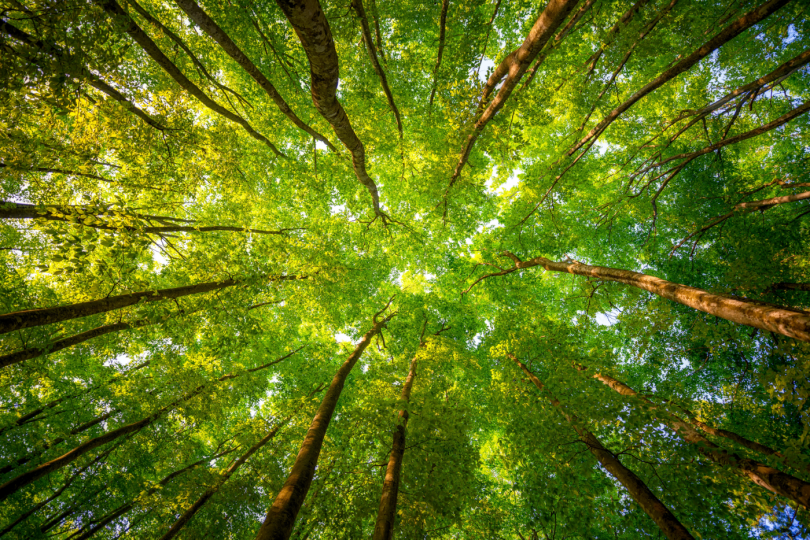 How beautifully has Khalil Jibran put the existence of trees in words, “Trees are poems that the earth writes upon the sky.”  If someone is enjoying the shade today, it’s because someone had planted a tree yesterday but if someone is cutting a tree today, they will definitely bear the brunt by facing the scorching heat tomorrow. Of all the living organisms existing on earth, the organism that gives out the most without taking, is indubitably; the trees. The benedictions of trees include colorful flowers, the eye-soothing greenery, wood, fruits, flowers, shade, and most of all the string of our existence i.e. oxygen. Unfortunately, man has been an ungrateful species and in the sprint to get the most out of everything, he has ended in a conundrum.  With the onset of the era of industrialization, this valuable jewel has been massacred inhumanely by humans. The cutting of trees has never been a problem, but the excessive cutting of trees has indeed caused a grave one, because at the end of the day, excess of everything leads to destruction. Nature is requiting us and now man is on the defense.

Voluminous lots have realized that if this menace is not cured, the well-being of the future generation will be mortgaged to this peril. The ones who are aware know the solemnity of the issue as Franklin Roosevelt put it in words, “A nation that destroys its soils destroys itself. Forests are the lungs of our land, purifying the air and giving fresh strength to our people.”   The world at large has made huge strides to curb the plague of deforestation that has taken place and Pakistan is no exception. Every nation has its own aboriginal species of trees according to the soil, climate, tree line, water availability, fertility etc. These indigenous trees unlike exotic species are ideal due to their better resistance to diseases and pathogens.

The menace of the tree problem is not merely deforestation, but the afforestation of the wide of the mark tree species in the places that cannot afford such trees i.e. exotic trees which are imported without any state-of-the-art research being carried out about the specie and its respective stipulations. For example, broussonetia is a specie from the early 60s, that was planted in Islamabad, but this specie is now the chief culprit of dispersion of pollen allergy in the region. Conocarpus–a tropical mangrove species-that are environment-friendly for limited coastal areas–are being planted in the hilly region of Peshawar, under the much advertised ‘PTI One Billion Tree Tsunami Campaign’. Dodonea is also being planted, which is maintaining the water table of the soil in KPK, due to its low water requirement, but yet its plantation is called a blooper as it is a specie that has a huge pollen production which will subsequently give rise to the problem of pollen allergy. So it can be candidly concluded, that the huge investment in this green initiative is going down the tubes. Dr. Lal Badshah, an ecologist and assistant professor at Botany department in University of Peshawar, stated in a recent interview with the News Lens Pakistan that Pakistan has around 6,000 indigenously acknowledged flora and so many trees are native to Pakistan. So instead of the exotic adoptions of species, the ziziphus, acacia, monotheca and olea, acaiamodesta, dilbergiasiso, acaianilotica, rhizastricta and vitexnegundo types of species can be planted as per their respective specifications. This article will elucidate some of the kinds of indigenous species specific to Pakistan, explicate the basic species that cause harm to them, the species that help or even deteriorate health conditions, species that are causing the water table to get imbalanced.

In Pakistan, more than 430 tree species are distributed over 82 plant families and 226 genera.  The national tree is Deodar Cedar. Due to the constraint of space, only the most well-known tree species are highlighted below. 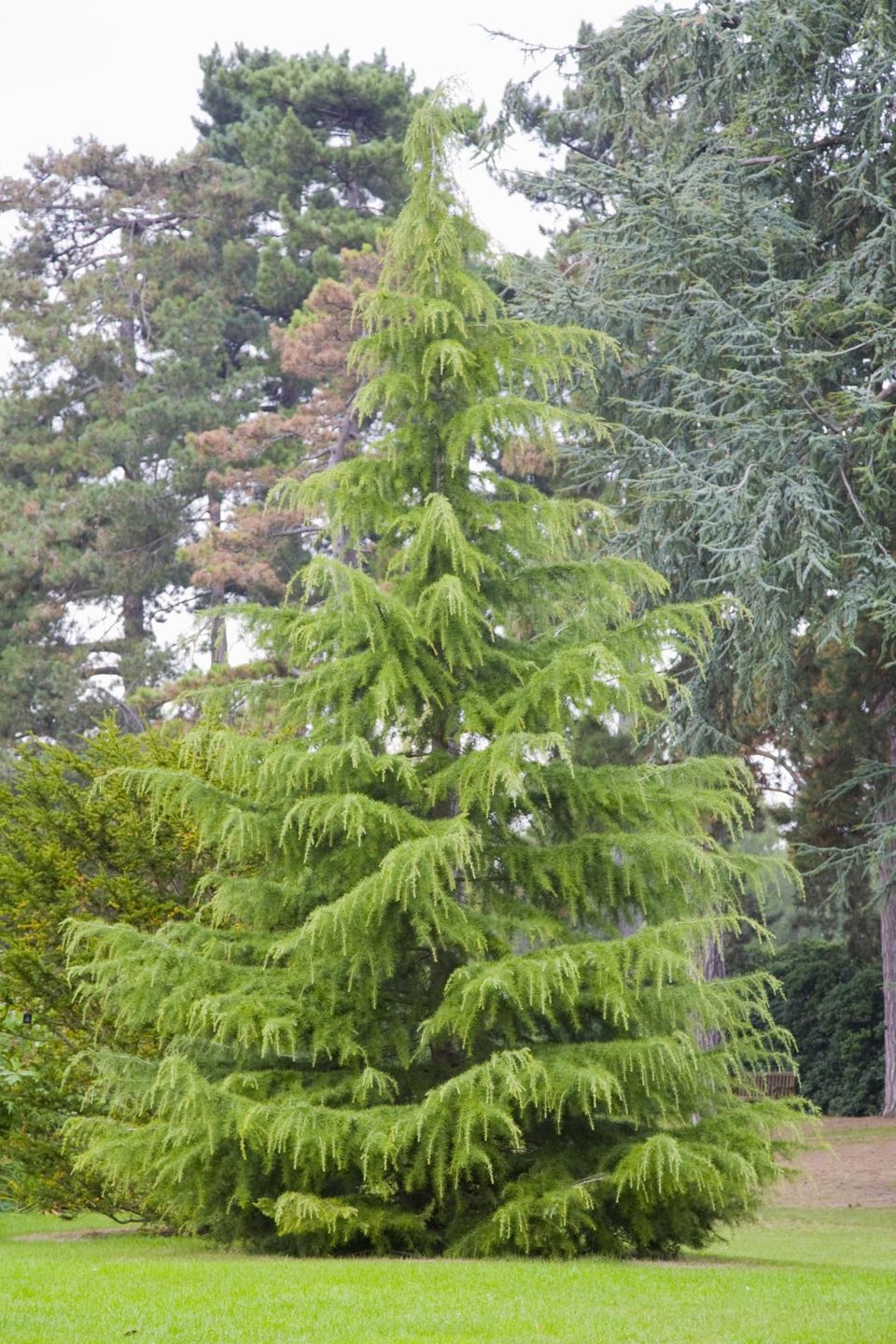 Deodar Cedar is the national tree of Pakistan. It belongs to the Pinaceae family and occurs in a wide range of habitats in the Himalayas covering eastern Afghanistan, northern Pakistan (especially Gilgit-Baltistan and KPK), northern India, Some parts of China and Nepal. It is a coniferous tree which is evergreen and tall. It grows in a belt at elevations between 1700-3000 meters. Its cultivation is possible in mild temperatures as it cannot survive frost. It is durable, rot-resistant and brittle which makes it quite popular when it comes to its demand in the construction, furniture and carpentry industry. Due to quality of its wood being fragrant it is used in ornamental boxes and picture frames. The oil extracted from its wood is also used in the manufacture of insecticides, as deodar wood is a good repellant. It has many medicinal uses and therefore has high demand for the pharmaceutical industry and deodar cedar can cure illnesses ranging from STDs, cancer, rheumatoid, arthritis, urinary tract problems, diabetes, obesity, skin infections to less serious illnesses like coughing, cold and hiccups. Extractions from the needles found in deodar cedar has a pain killing and antiseptic effect and therefore it is used in sanitizers and sterilizers. The tree also has antioxidant properties and is therefore used in detergents.   It is also used in the chemical industry. The threats this specie of tree is facing is exhaustive logging (legal and illegal) in Pakistan is posing a localized threat. 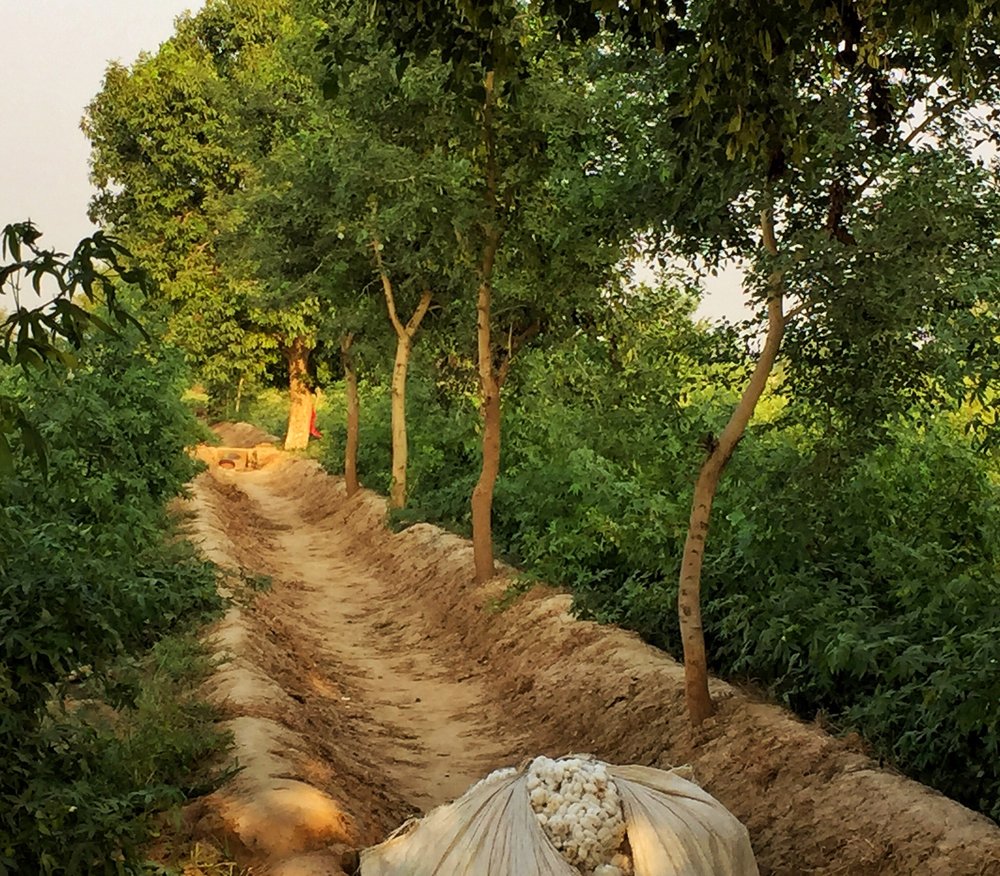 TAHLI a broad leaf, dark brown tree about 30-45 feet tall — has spread to almost every area located at 120m to 1,250m above the sea level owing to the environment of the sub-continent especially along the plains in Punjab, Mardan, Charsada and Nowshera.  Soils range from pure sand and gravel to rich alluvium of river banks. Sheesham is native in the slopes of the Himalayas. It is predominantly found growing along river banks below 900-1300 meters elevation. Due to its resistance to decay, coarse texture, durability and least susceptible to dry-wood termites and therefore is used in for marine and aircraft grade plywood, charcoal for heating and cooking, musical instruments, ornamental turnery, carving, engraving, tool handles and sporting goods.  The temperature in its native range averages 10–40 °C. The threats to Sheesham in Pakistan, is its fast extinction. Since 1998, 20-50% heavy infestation rate has been noted in these areas owing to the dieback disease, which is back again recently. The Forestry Institute of Peshawar has identified more than 60 pathogenic species of fungus living on Shisham which is causing vanishing of this type of specie. 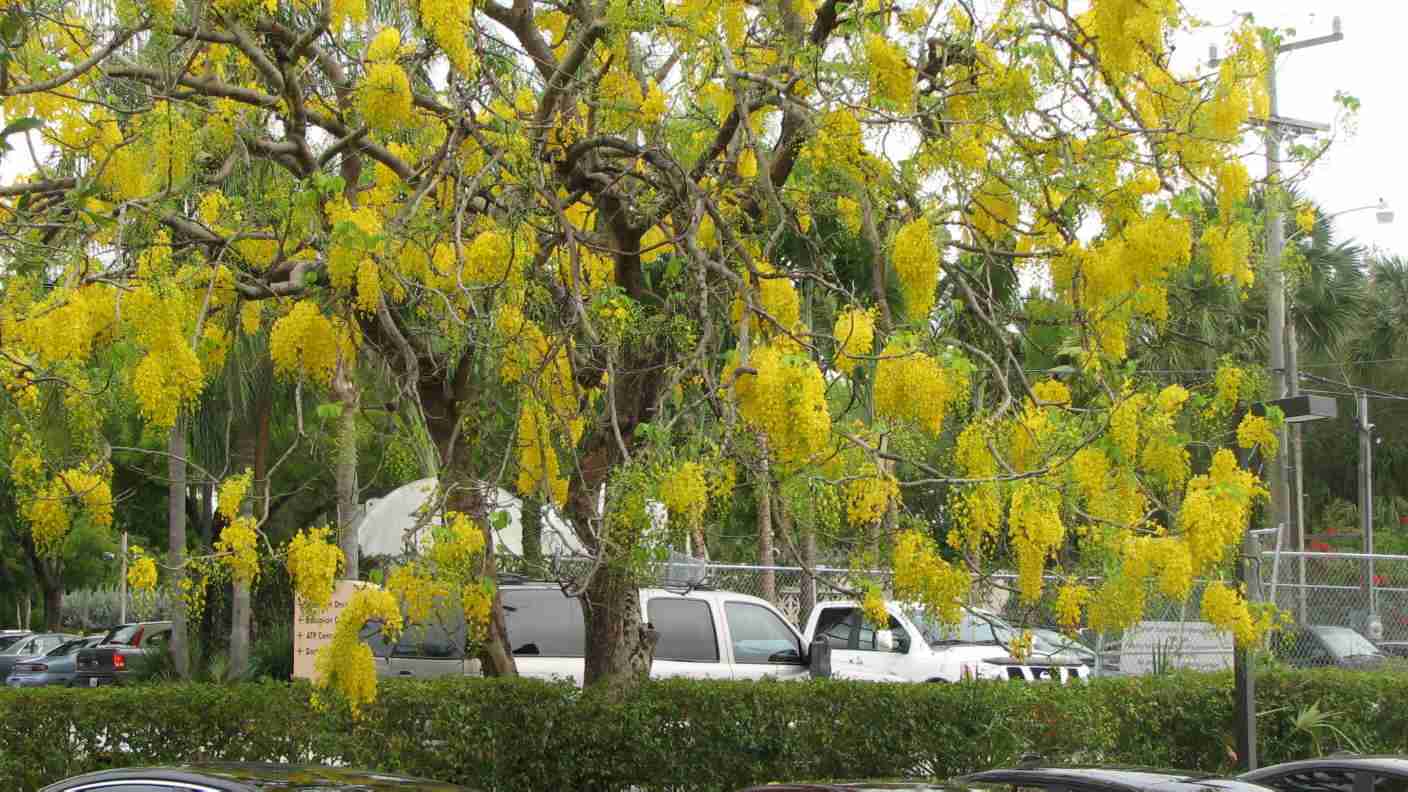 The Golden shower tree locally recognized as ‘Amaltas’, and due to its herbal qualities well-known as the flower of hope. This tree has extended, dangling, bountiful yellow flowers from which it derives its name. These are medium-sized (5-9 meters in height), semi-deciduous trees which bloom with yellow flowers in summers. It is a drought-tolerant tree and therefore water table of land is not affected. It grows well in full sunshine and well-drained soil and therefore cultivated in the plain areas throughout the country. Due to its disease-killing quality it is also known as aragvadha. The root and the skin of the fruit is used as a cleanser, while the bark is used to treat skin infections. It is also used in fuel, ornate stuff, furniture, agricultural apparatuses, tool handles, support posts, cart wheels and axles, tannin.

Invasive species means an alien species, occurring outside of its natural range and dispersal potential, established in natural or semi-natural ecosystems, to be an agent of change that threatens native diversity. 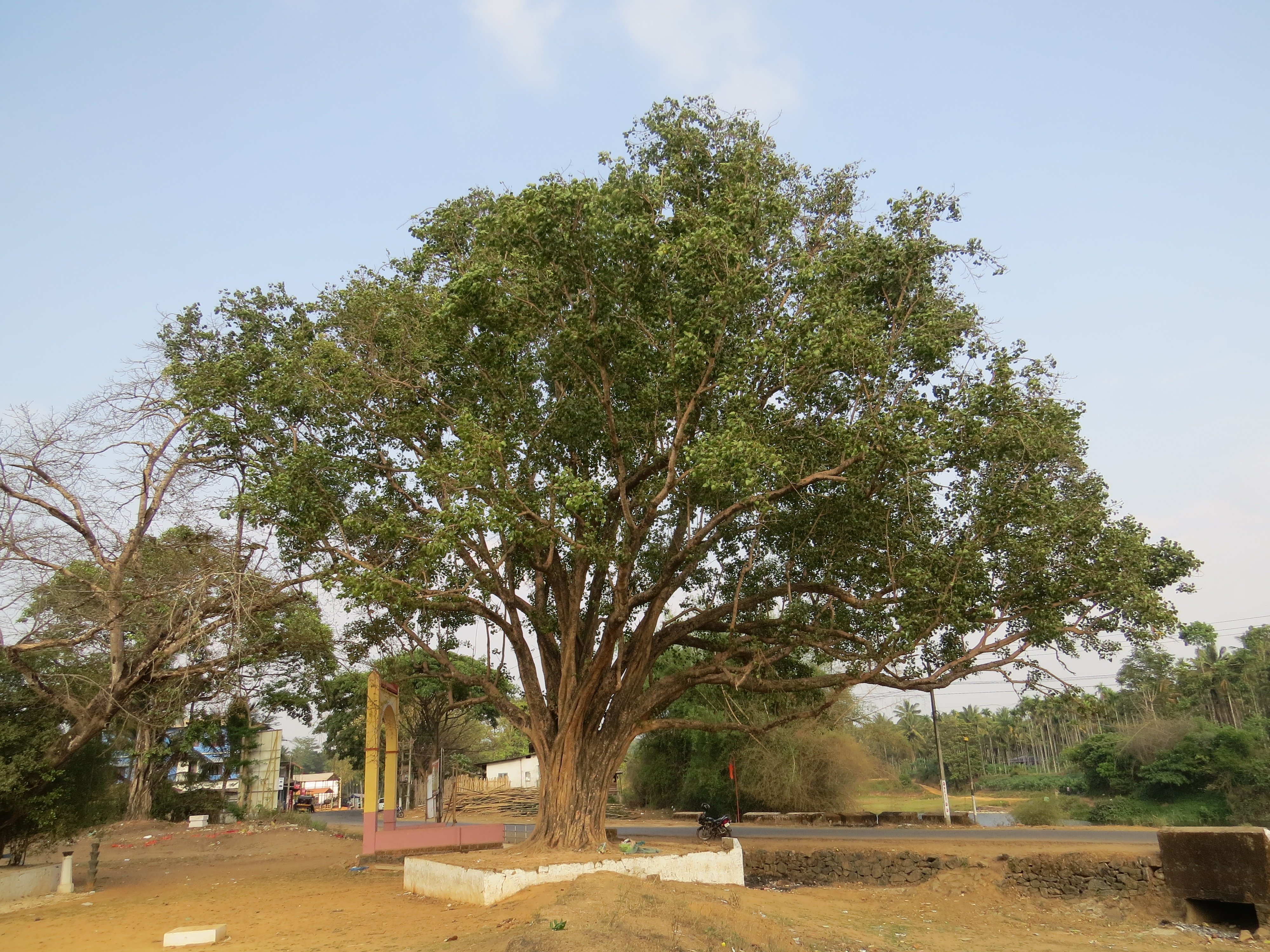 Peepal tree also known as the Ficus religiosa is a large, fast budding deciduous tree. It has heart-shaped leaves. A very fanatical tree that is found on a large variety of locations, but grows best on sandy clay soils. It is adapted to an elevation zone of 0-1200 meters. It grows swiftly in a temperature range of 0-400C in a semi-arid, warm, sub-tropical climate. These are usually found in the Margalla range and along the Makran coast. But it imbalances the water table of the land due to its excessive demand for water.  The tree has worth as an avenue tree and is planted along water progressions. It is a virtuous fodder tree. Because of its fodder and fig latent it could have importance as a farm forestry tree. It is also used in decorative stuff, fodder, food (figs), small timber, and medicinal. 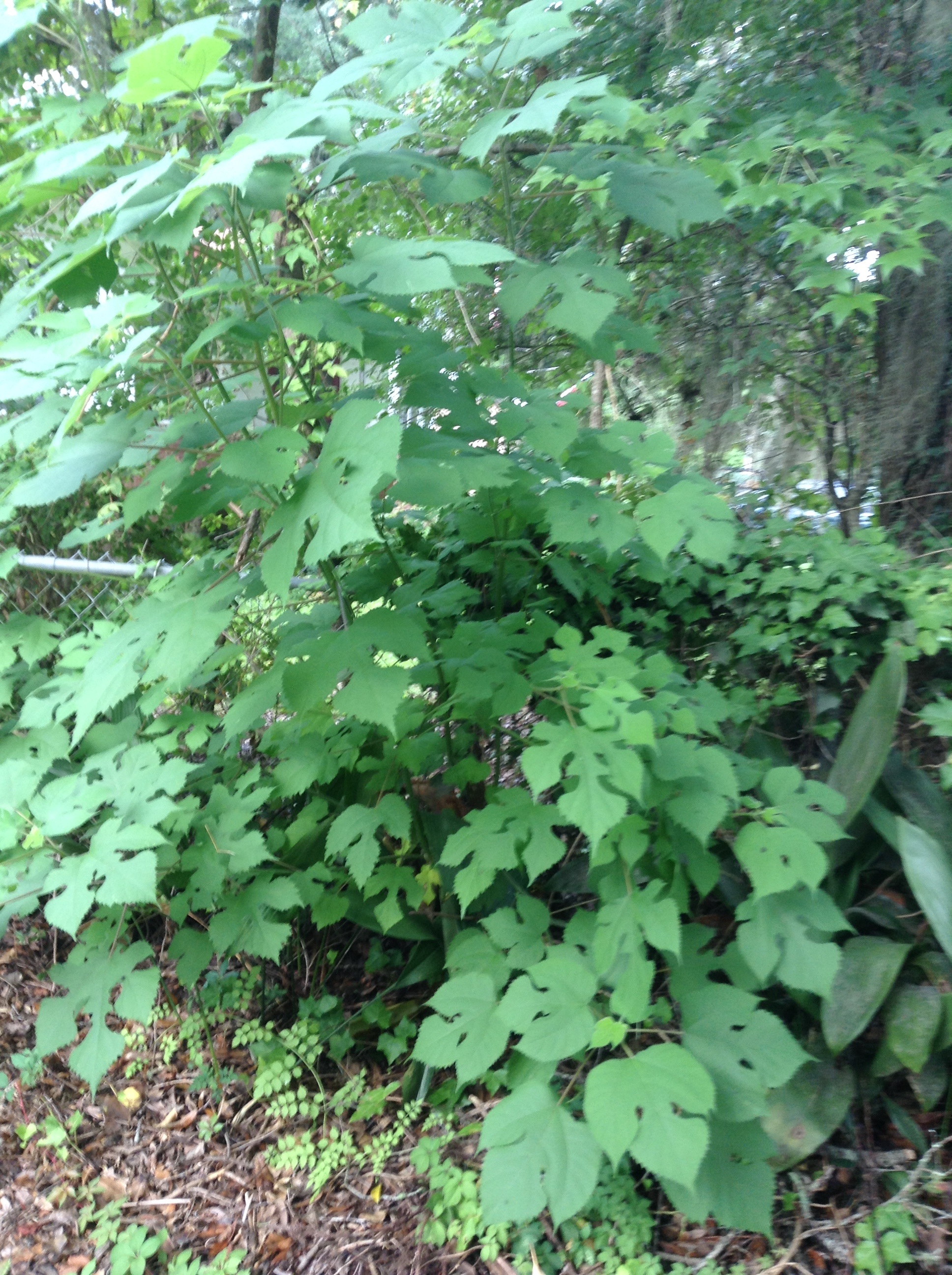 Also known as a Broussonetia Papyrifera, and a tapa cloth tree. It is a deciduous shrub and its length reaches from about 14-20 meters and 35 meters at maximum.  The fruits and cooked leaves are palatable and also enhance the production of red blood cells in the body. It is also used in making of utensils and ropes.  In the medicinal field, the roots and barks have been used as a cleanser and antipyretic.  It is also used as an ornamental plant. It controls air pollution. It grows well in all climates. But it is considered to be one of the worst weeds in Pakistan, as per reports as it is a pollen producing tree and the pollen is allergenic. And so many people of Islamabad are facing the brunt of this allergy. Asthma incidents have also increased.

Trees are important and beneficial in many ways;  it is therefore to not only preserve them but also to plant new ones.

is a graduate of Environmental and Development Economics
from Quaid e Azam University. She has expertise on global contemporary
issues. Ana has previously worked in NBP and WWF. Currently, she is working
for Voice of Balochistan, a sub-project of CSCR, as a Research Associate.