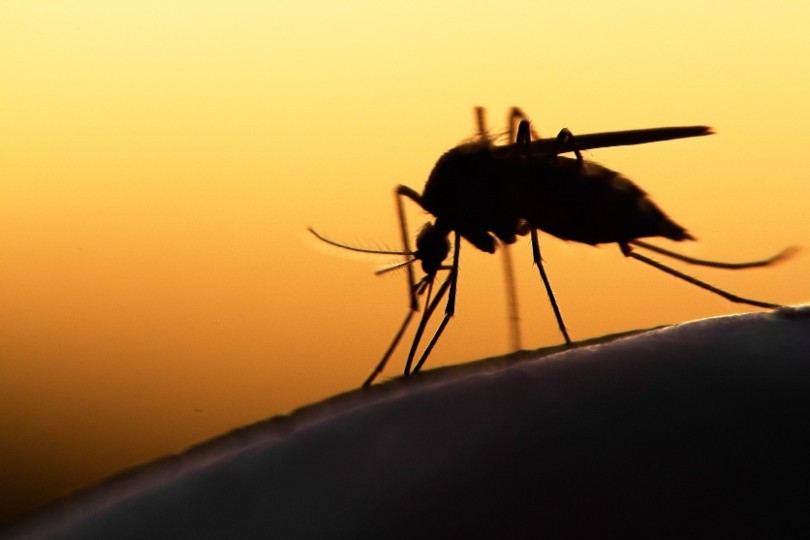 Recent decades have witnessed a dramatic change in the epidemiology and dynamics of many infectious diseases in the form of unexpected and sudden outbreaks or epidemics, emergence of diseases in non-endemic geographical areas, changes in the susceptibility of host population, outbreak of a previously rare disease etc. Most significant of these changes have been observed in vector-borne diseases.

Vector-borne diseases are those which are transmitted to humans, plants or animals by an agent called vector. Mosquitoes are the most common and notorious of these vectors, followed by other arthropods, including ticks, mites, cockroaches and bed bugs, in addition to few non-arthropod vectors, such as rodents and snails. The other two members of a vector-borne disease are the pathogen and the host. Pathogen refers to the infectious agent that causes the disease, and host is the organism that contracts the disease.

Vector-borne diseases have been a major cause of human mortality and morbidity from 17th through early 20th century. Diagnosis of the cause and identification of vectors led to the development and application of effective control measures, resulting into significant reductions in incidence rates in various parts of the globe, particularly among the developed world. Recently, many vector-borne diseases have reemerged as a matter of global concern, for instance the reemergence of malaria and dengue fever in Asia, incidence of bluetongue among ruminant livestock in Europe, and the worldwide emergence of a citrus infection caused by the citrus tristeza virus.

Recently, many vector-borne diseases have reemerged as a matter of global concern, for instance the reemergence of malaria and dengue fever in Asia, incidence of bluetongue among ruminant livestock in Europe, and the worldwide emergence of a citrus infection caused by the citrus tristeza virus.

Threats and outcomes regarding the resurgence of these ailments have been the subject of investigation at global level, and different organizations are working to combat this new era of vector-borne diseases.

Transmission, epidemiology and impacts of vector-borne diseases result from a complex interaction between several interconnected and overlapping biological, ecological, social, demographic and climatic factors as discussed below.

A trend of paying less attention towards vector control measures, the development of growth-promoting environmental conditions, and extensive use of insecticides have resulted into the growth of vector populations up to harmful levels, as well as the evolution of many insecticide-resistant strains of vectors, thus contributing to the recent reemergence of vector-borne diseases.

Health Care Infrastructure: Like any other public health issue, vector-borne disease dynamics are also largely affected by the efficient and accessible health care facilities. For instance, malaria is concentrated in underdeveloped areas as compared to developed ones. Economic and political stresses may deteriorate health care infrastructure rendering the affected population more vulnerable.

Climate Change: Another significant reason behind the reemergence of vector-borne diseases is climate change. Host and vector population characteristics mentioned earlier are partly influenced by short-term and long-term meteorological factors such as temperature, humidity and rainfall. Most of the vectors spread best under warm and moist conditions.

Arthropods – the most common disease vectors, are ectothermic animals, i.e. they are dependent on external sources of heat for the maintenance of body temperature. Therefore, the distribution of various arthropods is restricted to warm areas. Global warming will provide conditions conducive to the spread of various vector species. Temperature required for the transmission of most vector-borne diseases ranges from 14-180C to 35-400C. Therefore, the major anticipated impact of climate change is alteration in the distribution patterns, such as an expansion of vector range and its shift towards high altitudes, and to the areas previously free of vector population, thus exposing a non-immune host population to infection. On the contrary, an increase in temperature above their tolerance limit will cause elimination of vector populations in some other areas.

Another significant reason behind the reemergence of vector-borne diseases is climate change.

Another attribute of climate change is alteration in rainfall pattern resulting in an increased rainfall in some areas, while leaving others relatively drier. Thus the effects of alteration in rainfall pattern are also region-specific; increased inland flooding may provide more breeding habitats for mosquitoes in some areas, while drought in other areas may limit their survival.

In addition, climate change is likely to cause and/or intensify droughts and famine causing reduction in host resistance to infection, thus making them more susceptible to diseases.

Another factor that contributes to the variability in the disease transmission and incidence patterns is the El-Nino effect, manifested as a remarkable increase in sea surface temperatures in the central and east-central Equatorial Pacific. El-Nino phase has been associated with malarial outbreaks in many regions. Although El Nino is a short-term change in weather, it is expected to become more intense and frequent with ongoing climate change.

The major anticipated impact of climate change is alteration in the distribution patterns, such as an expansion of vector range and its shift towards high altitudes, and to the areas previously free of vector population, thus exposing a non-immune host population to infection.

Impacts of climate change will vary among different countries depending upon their vulnerability and capability to cope with the change. On a global level, IPCC (Intergovernmental Panel on Climate Change) has projected an increased risk of vector-borne diseases. Since climate change affects all life-support systems as well as factors associated with disease transmission, therefore, an integrated approach is required for adaptation to survive in a better way.

Malaria: The most common of all mosquito-borne diseases is malaria, transmitted to human host through bite of female Anopheles mosquito carrying the pathogen Plasmodium. Plasmodium infections in Pakistan are predominantly caused by P. vivax but P. falciparum and mixed species infections also persist. Pakistan is classified as a moderate malaria-endemic country. As per WHO reports, annual burden of malaria is 1.5 million cases mainly affecting less prosperous areas along border with Afghanistan and Iran. Baluchistan has the highest prevalence of malaria followed by Sindh and KPK, whereas there is low prevalence in Punjab and Islamabad. However, repeated floods have caused an increase in the malaria prevalence in the low transmission areas of Punjab. Apart from meteorological features, certain other factors have also played a significant role in the changing dynamics of malaria in Pakistan. A noticeable factor among these is the mass migration of susceptible human population from Afghanistan as well as internal displacement of population from militancy-affected areas. In addition, misdiagnosis of malarial infection is a matter of grave concern due to very limited number of diagnostic centers for microscopic diagnosis of malaria. Consequently, conventional diagnosis relies on symptoms without identification of the causative species. Most commonly prescribed drug is chloroquine which is only effective against P. vivax and not P. falciparum. Misdiagnosis, chloroquine resistance in P. falciparum, and influx of P. falciparum-infected hosts from Afghanistan have been implicated in the rising trend of P. falciparum infection in Pakistan. Limited access and non-presentation of many cases to any health care facility also contribute to disease burden.

Another factor that contributes to the variability in the disease transmission and incidence patterns is the El-Nino effect, manifested as a remarkable increase in sea surface temperatures in the central and east-central Equatorial Pacific.

Dengue Fever: Dengue fever is caused by dengue virus (genus Flavivirus). Vector species for transmitting the dengue virus are Aedes mosquitoes, principally A. aegypti, which are well-adapted to urban settlements, and are generally regarded as indoor mosquitoes. During the past ten years, dengue fever has emerged as an important vector-borne disease in Pakistan. First reported incidence of dengue fever occurred in 1985 followed by reappearance in 1994 and 1995. There have been several dengue outbreaks in the country since then, worst being in 2011, costing hundreds of human lives. Lahore has been the epicenter of recent dengue outbreaks in Pakistan. Aedes mosquito flourishes best under warm and moist conditions, therefore increase in summer temperature and alteration in monsoon pattern are likely to affect the epidemiology and transmission period of this critical ailment. Since no vaccine is available against this virus, prevention must be the best approach for mitigation. Unfortunately, many people are not aware of effective prevention methods resulting in the abundant growth and transmission of Aedes mosquitoes.

Leishmaniasis: Leishmaniasis is an infectious disease caused by species of Leishmania, a protozoan parasite transmitted by the bite of female blood-sucking phlebotomine sandflies. Incidence of leishmaniasis is on rise in Pakistan, particularly in areas having huge influx of refugees and regions alongside boundary with Afghanistan – a country recognized by WHO as one of the hotspots of leishmaniasis. This is another example where mass migration of a population affects disease dynamics of a region. Leishmaniasis outbreak also occurred among Syrian refugees in Lebanon during September 2012. In addition, poor indoor sanitation is directly related to the abundance of sandflies.

On a global level, IPCC (Intergovernmental Panel on Climate Change) has projected an increased risk of vector-borne diseases.

The magnitude and pace of change are the two main driving factors affecting the ability to mitigate the impact and to adapt. Consequences of climate change are diverse and complex. There is enough evidence supporting the anticipated change in the dynamics of vector-borne diseases. To fight this battle, we need to devise effective mitigation strategies, which must include the following.

Commitment of Resources for Research: A sincere commitment and allocation of resources towards research is mandatory. A range of factors have been implicated in the emerging pattern of vector-borne diseases, warranting a coordinated research involving experts from the concerned fields, i.e. health care professionals, public health administrators, climatologists and biologists. Apart from providing improved diagnostic tools, characterization of vector and pathogen species and devising effective control measures, these studies can also enable us to forecast an epidemic which too will allow timely and efficient planning to combat such disaster.

Public Awareness: Humans are the host of pathogens mentioned above and the disease-transmitting vectors live in our houses, offices and schools. They are literally everywhere with us. Therefore, any effort aimed at controlling vector-borne diseases would be ineffective without active participation of population. In this connection, awareness regarding the potential habitats and biting habits of vectors and preventive measures should be made a compulsory part of any planning against vector-borne diseases, for example, extensive public awareness dengue control campaigns in the Punjab province.

Vector Control Measures: Targeted insecticidal sprays and habitat modification are the primary vector control measures. However, attention towards the vector control programs is often lax as evident by two recently reported incidents when inappropriate spray for controlling mosquitoes had put the lives of several school girls at risk. Such tasks must be dealt with caution and by taking all potential hazards into consideration. Owing to the emergence of insecticide-resistant strains and potentially toxic side effects to humans, development of integrated techniques of vector management employing biological and environmental approaches should be given central importance in vector control programs.

Improvements in Health Care Infrastructure: Establishment of accessible and efficient diagnostic centers and health care centers should stand among the topmost priorities in planning and development projects to save precious human lives.

Managing the vector-borne diseases is indeed challenging for Pakistan owing to unstable demographic and social factors, in addition to an environment prone to rapid population growth, war, migration and natural disasters. But to surrender in front of a challenge is not the trait of a valiant population. In order to survive we will have to accept this challenge; and the sooner the better, otherwise, as Robert G. Ingersoll has said, “In nature there are neither rewards nor punishments; there are only consequences”!