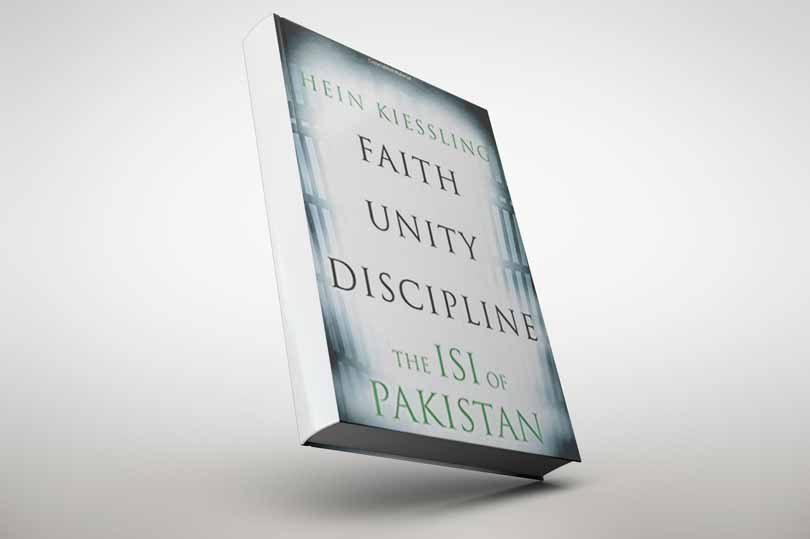 The ISI of Pakistan written by Mr. Hein G. Kiessling is the most comprehensive historical primer that has ever been written on the Inter Services Intelligence. Acclaimed for its critical role in offsetting the gains of USSR in Afghanistan, the author provided the readers with a fascinating chronological insight into the secret world of one of the most revered and reviled alike, spy organisation of the modern age.

From a modest structural setup designed in 1948 by the Deputy Chief of Staff of Pakistan Army, General William Cawthorn, who later spearheaded the Australian Secret Intelligence Service, the morphology of ISI directorate in terms of its cloak and dagger mandate has been expounded at length in this book.

The narrative is not fast paced, and has been complemented not only by the interviews conducted with former ISI figureheads but also by data extracted from various secondary archives. Official communiqués from the agency to the author have also been embedded in the book.

It is considered that the ISI initially involved itself in external ops in the decade following the year 1960, during which it lent support to the insurgent groups in North East India. Subsequently, it expanded its operational ambit to encompass the Sikhs associated with Khalistan liberation movement in the Indian Punjab. During this time, it also embroiled itself into the internal political intrigues of Pakistan. Using the memoir of Altaf Gauhar as a reference, Mr. Keissling explicated that the ISI and Foreign Office devised the plan of Operation Gibraltar to spur up the rebellion in Kashmir through irregulars; the original schematic was later expanded to include Operation Grand Slam, in which large scale armoured deployments to capture Akhnoor were planned. These plans were finally approved by Ayub Khan but failed to reap dividends for Pakistan. The failures of ISI directorate resulting from the loss of contact with the focal persons in Jammu & Kashmir Valley and the inability to track the movement of Indian troops became a fodder for military critics.

It was in Bangladesh, former East Pakistan where the ISI played a wider role in Yahya’s regime. The experimentation of infusing religion with political ideology; a strategy that resulted in relative success within Afghanistan in later years, failed to garner enough votes for the pro Pakistan Jamat e Islami in December 1970 elections. In 1968, the Research & Analysis Wing (R&AW) tasked with foreign clandestine activities as a contender of ISI was created in India. Exploiting East Pakistan fault lines, successfully to the extent of the creation of Bangladesh, became the first major assignment of R&AW. Although the ISI had managed to extract the precise information of impending Indian military manoeuvre as early as September 1971; the indecisiveness at the top manifested in an overall failure.

Details in the book gain traction with the elevation of Zulfiqar Ali Bhutto as the premier of Pakistan. It was in Bhutto’s era that a three star general headed ISI for the first time. The setup of legendary Special Operations Bureau within the ISI directorate, later christened as the Afghan bureau, its operational planning, logistics, and clandestine activities with their respective successes and failures have also been given a fair coverage by the author. Along with this, the insidious foray of ISI into the political milieu of Pakistan by co opting politicians makes up for an interesting read. In his efforts to retain neutrality, Mr. Kiessling has not shied from addressing the events through various angles leaving the conclusion largely on readers.

As most of the nomenclature on ISI is largely drawn from its exploits in Afghanistan, little has been talked about the directorate secretive handiwork in the civil wars of Balkans and Caucasus in the decade preceding 9/11. The role of three former ISI chiefs, Hamid Gul, Asad Durrani, and Javed Ashraf Qazi has been gingerly vivisected by Mr. Kiessling through foreign accounts when it comes to the insurrections in Bosnia and Chechnya. When addressing Chechnya and Dagestan, Mr. Kiessling posits that while the US was hoping to ‘strike another blow at Moscow’, the narrative of ‘Jihad’ endorsed by the ISI was used as a falchion to shape out the developments in the CAR (Central Asian Republics) region.

Another interesting chapter is ‘Foreign Policy and the ISI’. Here, the author has accredited Prime Minister Benazir Bhutto with the establishment of information sharing mechanism between the directorate and Foreign Office in December, 1988. Mr. Kiessling in the same chapter further propounds that the ISI exercises its diplomatic clout globally through the generals who are appointed as ambassadors after their retirement. The notion of ‘ISI within an ISI’ has also been rubbished by the author as the syncretism of different polarities within the directorate. Here the author asserts that command structure retains complete control and there are no dissimilar agendas.

Despite the author’s deliberate attempt to maintain neutrality in the historical account by using first hand information he garnered through his extensive networking in Pakistan, the data drawn from secondary sources, mostly Indian academics, in some of the key phases of ISI chronology gives the book an obtuse tint. As most of the content has been derived from public documentation, the impact of this book would hardly dent the veneer of bureaucratic secrecy under which the ISI functions. In case Mr. Kiessling would have been given privileged access to select operational archives of the directorate, this book would have rightfully earned its place alongside bestseller books such as MI6 – The History of the Secret Intelligence Service (1909-1949) authored by Keith Jeffery.

Overall, this book is, in general, an insightful read for the history students.