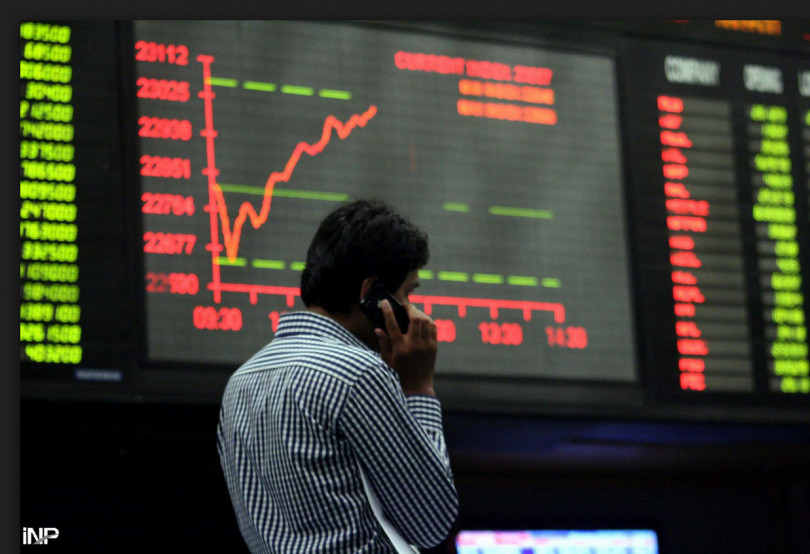 The Karachi operation has entered in its third year. The on-going operation has played an instrumental role in bringing normalcy to the lives of the Karachiites. The normalcy has resulted in increased economic activities in the port city, which clearly indicate the economic revival of the financial capital of Pakistan.

Karachi, the largest city of Pakistan, is the major hub of all trade and financial activities in Pakistan. Being a port city, Karachi hosts two out of the three seaports of the country. The city contributes 20% to Pakistan’s GDP. Around 37% of federal tax revenue is generated from the port city. The city, which hosts 10% of Pakistan’s population, has a literacy rate of 80%. All of Pakistan’s major public and private banks are headquartered in this city. Karachi Stock Exchange, the largest stock exchange of Pakistan, has been declared as the best-performing frontier stock exchange in the world. Hence, it is understandable that Karachi is considered as the nerve center of the Pakistani economy.

Prior to the start of the operation back in September 2013, the city’s economic activities were severely hampered by the violent disruptions caused by ethnic and sectarian groups, terror outfits and criminal mafias. From 2008 to 2013, 9322 people were killed in Karachi, 708 cases of kidnapping for ransom were reported, 29477 four wheelers and 109078 two wheelers were stolen along with 104 cases of bank robberies being reported.

Apart from the aforementioned heinous crimes, the traders and industrialists were forced to pay Rs. 80 million to Rs. 100 million per day to the extortionists. Moreover, the citywide daily strikes over the past few years caused a daily loss of about Rs. 15-20 billion to the economy. On average, 30,000 acres of the land of Karachi was grabbed by the land grabbers. In brief, over Rs. 830 million were daily extracted from the Karachiites through extortion, land grabs, encroachments, kidnapping for ransom, electricity thefts, bribery, street crimes, etc. The deteriorated law and order situation in the city forced more than 30,000 traders to flee the city. Some industrialists relocated their units to UAE, Bangladesh, Thailand and Malaysia.

Eversince the start of the operation against terrorists and criminals, there has been a significant improvement in the law and order situation. The city has witnessed a decrease of 70% in target killings and a 65% decrease in dacoities. Cases of Kidnapping for ransom have also decreased by 62%. The business of extortion has decreased by 84%. Bank robberies have decreased by 72%. Cases of car thefts have hit a 14-year record low this year. Moreover, 71% Pakistanis believe that Karachi operation has led to decrease in crimes in Karachi.

The restoration of peace and security in Karachi has also been apprised by the international media and foreign officials. In July this year, the Washington Post stated that Karachi has now become a safer place as compared to the past. Furthermore, British Minister for Pakistan Tobias Ellwood, during his recent visit to Pakistan, said that his visit was a testimony of how things have improved in Karachi. He also said that by the end of this year, a large delegation of British businesses will visit Pakistan to explore investment opportunities in Pakistan.

Meanwhile, the city traders have also backed the efforts of Rangers and Police to make Karachi terror-free. The Federation of Pakistan Chamber of Commerce & Industry (FPCCI), in May this year, appreciated the efforts of Karachi Corps Commander Lt. Gen Naveed Mukhtar in restoring back normalcy to the city.

Moreover, a delegation of Karachi Chamber of Commerce and Industry (KCCI) met Karachi Corps Commander in May this year. During the meeting, the delegation expressed their concerns to improve the situation of the city for trade activities. The Corps Commander also sought suggestions from the delegation for the revival of the economy and said that representatives of business and industrial community should be invited to Karachi-related meetings.

Despite improving the law and order situation in the city, the Karachi operation is not going to end anytime soon. Both Prime Minister Nawaz Sharif and Army Chief General Raheel Sharif had reiterated several times that the Karachi operation will not end until the city becomes free from terrorist groups, militant wings and criminal mafias. Moreover, Karachi Corps Commander had said that the operation is the beginning of ending all the ills which are prevailing in the city.

The law enforcing authorities have restored back peace and security in the city of lights. The federal and provincial governments must grab the opportunity to improve the physical infrastructure of the city. Moreover, problems faced by the business community should also be addressed. By taking the mentioned steps, both federal and provincial governments will be able to create a healthy environment for foreign investment which will help Karachi to play its vital role in the prosperity of the country.