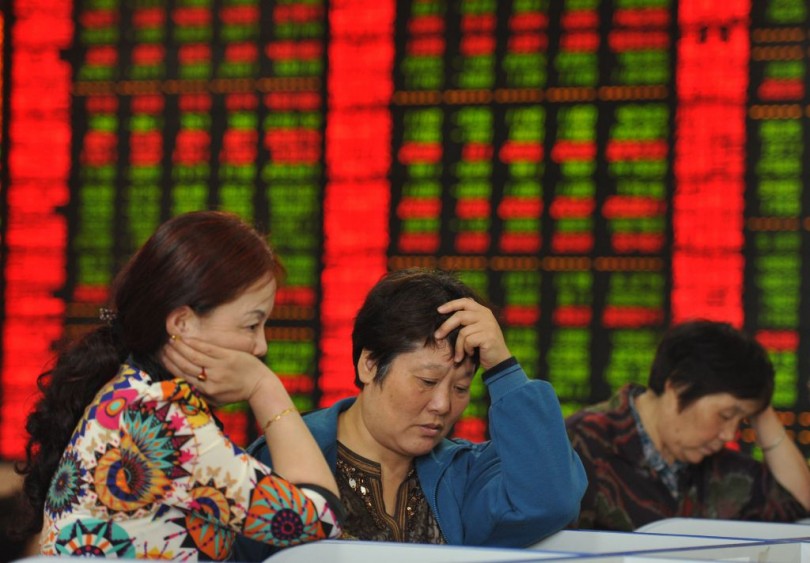 China’s stock shock has wiped out trillions of dollars from the market and is being considered as the biggest uproar in the global markets following the European sovereign debt crisis in 2011. China constitutes nearly 15% of the world’s economic output and the recent economic meltdown in the world’s second largest economy has weighed on the investor’s confidence. While following the Black Monday, global investors experienced the worst trading day in many years and some even fear a beginning of an alarming phase of crisis, yet on the other hand many economic experts are of the view that the losses were not among the worst in the market history. Instead it might just be a correction in the global equity markets with no heading towards a major global downturn. However, the recent crisis has eclipsed faith regarding China’s economy which is experiencing a major slowdown and has called in question the communist government’s commitment to move to a more market-functioning economy.

After experiencing a period of extreme impulsiveness, two important Chinese stock markets, Shanghai Composite and Shenzhen began to experience an extraordinary fall. Any stock market is usually driven by a herd mentality and is kept going by confidence of the investors. Such has been the case with Chinese stocks as well. However, stock markets in Beijing are fundamentally different and young in comparison to their western counterparts in a way that Chinese stock markets are full of individual investors unlike that of the West which have institutional investors. Government’s approval is necessary to get listed on the stock market which is a standard in most economies, but in case of China this approval is usually given to the state-owned companies and the stock markets are thus used by the government to raise capital for the SOEs.

The stock markets in China were stuck in neutral for a number of years till they began to show growth and progress in the trading activity; opening up of the markets to the international investors and easing the borrowing. The boom in the stocks was followed by an invasion of the markets by the middle-class local Chinese, often inexperienced. The more the money gets injected into the market, the higher the market goes. Chinese markets had risen to 110% from November 2014 to June 2015. Having realized that it was a real bubble, some of the experienced punters began cashing out thereby resulting in the crashing of the markets at a breakneck pace, ultimately leading to China’s Black Monday on August 24, 2015 when Shanghai Composite index registered a 30% loss in its value. Ever since the two prominent stock markets of China are exhibiting a downward spiral; investors have lost nearly $3.5 trillion which is equivalent to China’s total market capitalization in the year 2012.

What has been the Response of the Chinese Government?

So far, the Chinese government has adopted various mechanisms to handle the stock market turmoil including prohibiting the selling of shares, ordering other companies to buy the shares as well as providing government money to back the stumbling stock markets. Also, the government has loosened the monetary policy, devalued Yuan, lowered the interest rates to 4.6 percent and inundated the economy with money hoping to accelerate the recovery. However, despite repeated interventions by the government, the global growth engine continues to experience economic hiccups. This highlights that the Chinese communist party, though potent it may be, cannot effectively compel the market forces.

Is a Stock Market an Indicator of the Economy?

Stock markets have always been considered as an indicator of the economy. It is usually believed that large decreases in stock prices are a bad omen for the economy while at the same time an increase in stock prices is considered as a sign of economic growth. However, market as a gauge for measuring economic growth does not go without a debate. While the world did experience a gloomy period of ‘Great Depression” following the Wall Street Crash in 1929 as well as the 2008 financial crisis, critics refute this theory by usually referring to the strong economic growth which followed after the 1987 stock market crash. In fact, a decrease in the interest rates caused a boom in the market than vice versa.

Nevertheless, rising and plummeting stock prices do have a considerable effect on the economy. Primarily, a fall in stock prices impact the consumer spending by upsetting their financial outlook and wealth as well as reduce their confidence thereby discouraging them from spending. Likewise, it also obstructs any firms’ ability to raise finance in the stock market.  However, a fall in the share prices does not essentially cause an economic downturn. Often when a stock falls, it does not necessarily reflect wider economic problems but merely a revision of an inequity in the shares’ value.

So Is this an Hour of Crisis for China?

In China, stock markets are just about a third of the country’s GDP and represent a small portion of the economy unlike the west. Even in the recent crisis, while the GDP was falling and corporate debt was high, Chinese stock prices were increasing which experts termed as highly disconnected from the reality. Given this substantial distance between the financial sector and the real economy, experts are of the view that the recent shockwave might not seriously affect the Chinese economy, however it has raised contradictions regarding its economic structure.

A range of economic reformations are therefore inevitable. Deng Xiaoping made efforts to liberalize Chinese economy in a way which he termed as ‘Communism with Chinese Characteristics’ and undertook reforms following which China experienced miraculous economic growth. President Xi, while reiterating adherence to Deng’s vision made overtures to reform the country’s financial sector, to let market forces play a decisive role in all the aspects of Chinese economy. But the government’s heavy-handed intervention to halt the fall of Chinese stocks has raised questions regarding its commitment to make the Chinese economy more open and transparent.

Economists are of the view that effective economic reforms, such as allowing private companies to compete with the state-run companies, promoting rule of law and curtailing corruption to foster the confidence of the investors as well as ensuring ways to encourage free movement of the people, are needed urgently to boost the slowing economy which can stimulate new sources of growth. The government authorities need to undertake necessary steps to further liberalize the economy instead of reverting to statism with strong government interventions and guiding the market forces which will merely weaken China in the longer run.

The global economy that has now become more and more reliant on China, as for nearly two decades China has been a major contributor to world’s economic growth and low global inflation, a Chinese peril is now considered as everyone’s peril. Given the integrated global economy, China’s economic meltdown has sent shock waves throughout the world markets causing them to follow the suit. Immediately after the Black Monday, the American stock market Dow Jones suffered the biggest sale of shares in four years with a decrease of nearly 1000 points in trading. Likewise, the European stock markets suffered their worst trading years since 2011 Sovereign debt crisis. Sell-off began in Asian stock markets while Australia suffered the biggest loss since 2009.

The effects have been experienced well beyond the stock markets. If an economy as big as that of China slows down, its corporates and businesses curtail their spending thereby causing a decrease in the demand of imports adversely affecting the other economies. China consumes about half of the world’s iron, aluminum, nickel, steel and nearly a third of world’s cotton and rice. The prices of these commodities have thus fallen to the lowest level. Recently, China experienced an increase in consumer spending and became an important destination for various western exports. In the longer run a slowed economic growth and a fall in the shares’ prices in China would necessarily entail a reduction in consumer spending and imports. Given the already sluggish growth of the European Union and United States, a decrease of exports to China can serve as another impetus to the slowed growth. Also, having served as a growth engine of the world for nearly two decades, some of the emerging markets of Latin America, Middle East and the Sub Saharan Africa have strongly been aided from the Chinese driven boom. A slump in the global commodity prices can probably depreciate the economic performance of these countries as well.

The declines that have been registered by the Chinese stock markets over the past two months are indeed staggering and have sent ripples of economic shock waves throughout the globe. Though by the end of the week following the Black Monday, many of the European markets regained their losses, but the jitters have not mitigated. Economic slowdown and a decline in Chinese consumption of world’s commodities will have huge consequences particularly for the emerging economies, yet it is still too early to predict whether the China’s stock rout will commence global economic downturn or not.

As far as China is concerned, the exports are stumbling, loans are rising, industrial sector is at its weakest and the economy is decelerating. Following this, there is regular turbulence in stock markets. The government has flooded the market with nearly $156 billion so far in buying the shares, but the prices have leaped more fiercely. The issue is not only economic but social as well. If millions of middle class Chinese will lose their savings thereby triggering unemployment, lower wages and slowing of the country’s GDP, this might prompt social unrest across the country. The present crisis is certainly a test case for the Chinese government’s commitment to market-oriented reforms to prop up the national economy.