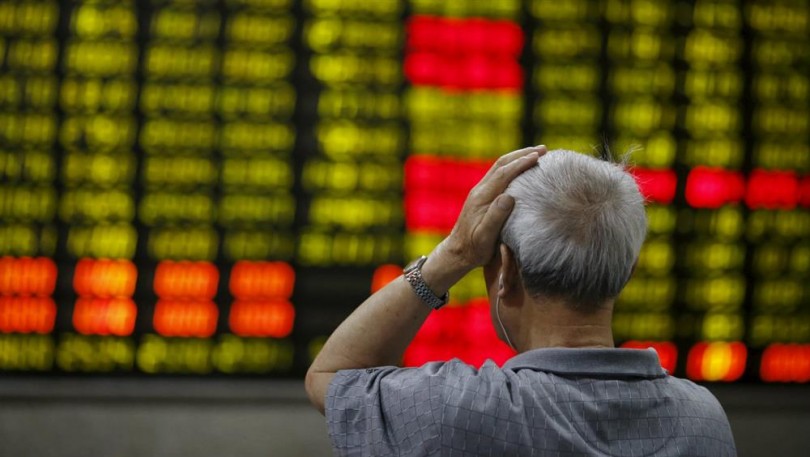 For almost the first six months of this year, the financial world was concerned about the effects of the Greek debt crisis on Eurozone and the global markets. Hardly anyone would have predicted at that time, that a new stock crisis would arise from the world’s second largest economy.

Flashback to 2014, when the Chinese government encouraged Chinese people, through the media outlets, to invest in stock markets. Consequently, the Shanghai Index  jumped by 150% in a year from June 2014 until mid-June this year. The steady increase in the index, at that time, used to draw 1.4 million new investors every week to bet on the shares. The retail investors kept on buying the stocks, even though economic growth and company profits were weak. Consequently, a stock market bubble was developed, which popped up on 12th June this year. Ever since, the dramatic upward-downward trend kicked off an uncertain stock crisis which has created panic and uncertainty among investors all around the world.

The next two weeks since mid-June witnessed the biggest two-week slump in the Chinese stock markets since December 1996, with Shanghai and Shenzhen markets dropping more than 7% on 26th June. The next day, the Chinese central bank cut the interest rate to record low.

Meanwhile, the Shanghai Index lost about a third of its value by the third week since mid-June. The $3.25 trillion losses, at that time, were roughly 10 times the annual GDP of Greece. On 7th July, about 1,400 companies or more than half of those listed in stock markets filed for a trading halt in order to prevent further losses.

In order to control the damage, China banned the shareholders with stakes of more than 5% from selling shares for the next six months. The Chinese state asset regulator ordered state-owned enterprises not to sell shares of their listed companies. Moreover, China Securities Finance Corporation (CSFC), the national margin trading service provider, said that it would buy more shares of SMEs, which have suffered the biggest losses. Furthermore, Chinese authorities suspended IPOs, introduced a $120 billion Central bank-backed market stabilization fund. These measures helped to restore confidence in the market for the next few weeks.

Afterwards, on 9th July, the Shanghai Index rose by 5.8% for its biggest daily percentage gain in six years. But, on 27th July, the stock markets trembled once again, this time Shanghai Index plunged to its steepest one-day drop in eight years. The new plunge casted serious doubts over the measures taken by the Chinese government. In the wake of the stock crisis, the central bank devalued the Chinese yuan against the US dollar by 2%, which was the biggest drop since 1994. Meanwhile, the authorities punished 197 people for spreading rumors about stock crisis and the Tianjin blast.

Aftershocks of the uncertain stock crisis continued. On 24th August, the Shanghai Index fell by 8.5%, erasing all the gain made by the market in this year. Moreover, it was the biggest one-day percentage loss since 2007. The effects of the ‘Black Monday’ plunge were felt all across the global stock markets.

Media reports suggest that Chinese government has decided to abandon attempts to boost the stock market. Instead, it has now decided to find and punish those suspected of destabilizing the market.

Moreover, the Chinese economy, which was growing in double-digit figures in the early years of the 21st century, is now in decline. The Chinese GDP growth has halved from 14% in 2007 to 7.4% last year. The IMF had already projected that China’s economy will grow by 6.8% this year, which will be the slowest growth rate since 1990. Although the latest GDP figures for the second quarter of 2015 show a 7% growth, which is in line with the Chinese government target for this year, experts have questioned the reliability of the latest figures.

It is important to understand that the Chinese economy is deeply connected with the world markets. The most populous country in the world imports more than $1.4 trillion of goods annually from all around the world. More than 1.3 billion Chinese consumers have been playing an important role in boosting world economy with their spending. The four largest companies of the world are Chinese banks. Major American companies like Apple Inc. heavily depend on the health of Chinese economy and stock markets for their revenues.

In the short run, countries like Australia (around 30% exports go to China), South Korea (29%) and Brazil (18%) will be affected by the stock crisis. The Asian countries, having strong trade relations with China, will suffer more if the crisis continues. If the crisis continues for a long run, then all major economies of the world will suffer from it because, many countries, industries and companies are dependent on Chinese economy for their own growth.