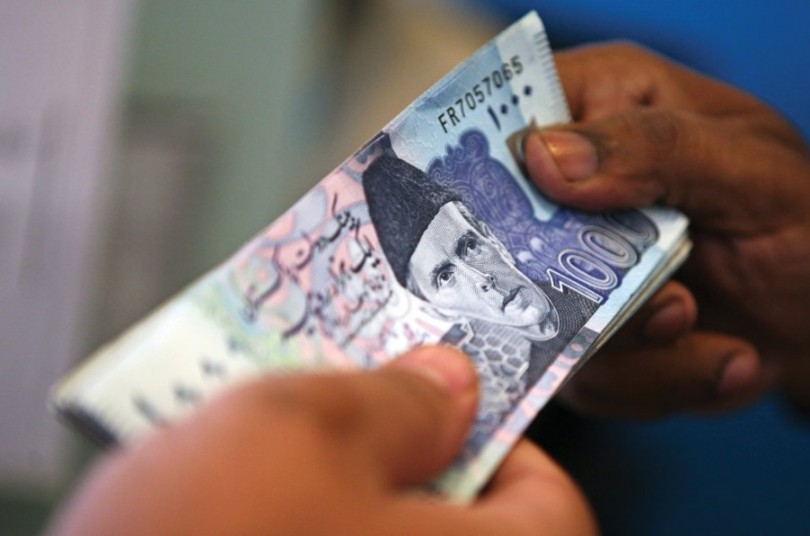 Economic terrorism is like a cancer that kills a nation slowly, and makes even the mightiest state demoralized, non-functional, and turns it into a failed state.

Economic terrorism which has direct cost impact on state:

There are various tools of economic terrorism, which are used to bring a nation down, and create havoc and chaos. Furthermore, this kind of economic terrorism increases the cost impact on the nation to compensate for loss of lives and property, and for providing additional security measures.

Foreign countries often carry out their designs by employing non state actors like terrorists, and at times, non-government organizations (NGOs) to weaken a nation, which increases the burden on the state to provide additional measures like security, compensation to the victims of terrorism, and rebuilding infrastructure damaged by terrorist activities etc. Terrorists are used to spread violence and NGOs are at times employed to create social unrest.

Pakistan suffered a lot of financial losses due to economic terrorism, and as per official Ministry of Finance estimates, the losses amounted to $40-$45 billion dollars approximately.

When key infrastructure of a country is targeted, the first market to get hit economically is the stock market of the country. The stock market index and shares fall instantaneously. This, in turn, hurts the investors, and creates an atmosphere for uncertainty. Pakistan suffered a lot of financial losses due to economic terrorism, and as per official Ministry of Finance estimates, the losses amounted to $40-$45 billion dollars approximately. Pakistan’s economic growth was nearly halted around 2 percent in 2009. This was not due to the global financial crisis, but because of internal terrorist activities. Continuous waves of terrorism in Pakistan in 2008-2010 hurt the investor confidence, and a huge amount of capital was flown out of the country, which widened the fiscal deficit, and halted economic growth. Continuous terrorist activities have hurt the soft image of Pakistan. Soft image of the country attracts foreign investors; foreign investment increases economic growth and employment in the country. 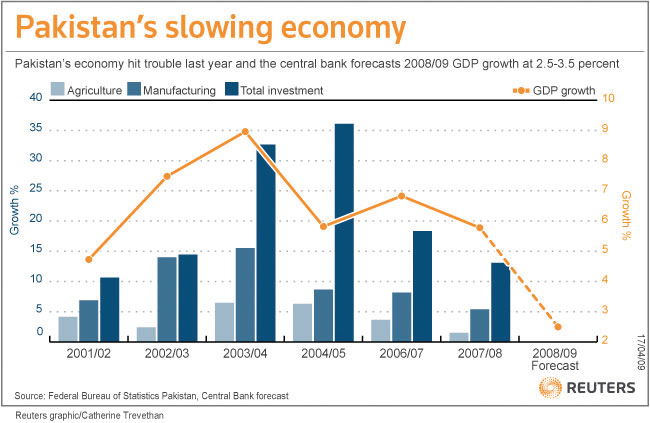 The Pakistan Cricket Board estimated a loss of $10.5 million revenue by the ICC decision, not to host the world cup in Pakistan.

In 2009, when terrorists captured the beautiful mountainous terrain of Swat, which was one of the major tourist destinations of Pakistan, it dealt a huge blow to the tourism industry. Swat had more than 855 hotels, including 405 restaurants in the valley, and around 40,000 people were employed with the hotel industry. This tourism industry was shut down between 2007-2010 due to militancy and the subsequent military operations. According to government’s own estimates, the hotel industry in Swat valley has suffered a loss of Rs. 60 billion from 2007 to 2009. This tourist destination became a conflict zone, jeopardizing tourist visits across Pakistan.

Pakistan’s civil and military infrastructure bore the serious brunt of economic terrorism from 2008-2010, the years which saw airports, naval and air bases coming into the destructive fold of sabotage, unleashed by miscreant groups.

In order to flush out terrorists from their safe havens, Pakistan army started military operations in 2009, in areas like Swat Valley and parts of FATA. Before the commencement of the operation, Pakistan government relocated civilians from the conflict zones to temporary camps, set up in safe locations. The cost of relocation of displaced people, known as the IDPs or Internally Displaced People was borne by Pakistan alone. Facilitating the several hundred thousand displaced people, and IDP relocation cost was huge. It took big toll on state budget. Government had to allocate special budget for IDPs, and as a result, all major developmental projects had to be halted due to financial crisis in Pakistan.  The major cost impact on IDPs was due to providing shelters, food, water & sanitation, provision of health care and educational services. Another major cost after successful military operation was relocation of IDPs from the temporary shelters to their new homes, as their old properties and businesses were completely destroyed by terrorists.

Swat had more than 855 hotels, including 405 restaurants in the valley, and around 40,000 people were employed with the hotel industry. This tourism industry was shut down between 2007-2010 due to militancy and the subsequent military operations.

Pakistan has lost approximately Rs. 8264.4 billion ($102.5 billion), both in direct and indirect costs to incidents of terrorism during the past 14 years of the war on terror, as per economic survey 2013-2014. The Economic Survey said that the “rise of violent extremism and increase in terrorism disrupted Pakistan’s normal economic and trading activities, which not only resulted in higher costs of business but also created disruptions in the production cycles, resulting in significant delays in meeting the export orders around the globe. As a result, Pakistani products have gradually lost their market share to their competitors.” A total loss of Rs. 2,037 billion ($23.77 billion) was sustained by the national economy in just one year (2010-2011), owing to the conflict in Swat district.

Pakistan has lost approximately Rs. 8264.4 billion ($102.5 billion), both in direct and indirect costs to incidents of terrorism during the past 14 years of the war on terror, as per economic survey 2013-2014.

Economic terrorism is the biggest threat to any country in the world, and can cripple the mightiest of the empires in the world today. We have witnessed many Arab and Muslims countries falling prey to this form of terrorism, where state is almost non-functional, and terrorist factions are creating anarchy in the areas controlled by them. These countries are economically crippled, and unable to bring back law and order, and as a result of which several thousand innocent lives are lost every year.
In Pakistan the threat of economic terrorism always looms large, not only because of external elements, but due to the self-interest of individuals that are forever present, at all levels of the country’s power corridors. Pakistan’s military was quick to realize, and held their end of the bargain by putting a stop to the sabotage trend of activities conducted by terrorists in order to paralyze the economy of Pakistan, but this battle against economic terrorism cannot bear fruit unless efforts are made at the political level to curb endemic corruption, and patronization of criminal elements. National interest must override personal interest to create a positive environment conducive to economic growth, and which is only possible through the mutual and complementary efforts of political and military leadership.

Sheikh Fahad is the “Business Review” lead analyst for magazine Stratagem, and specialises in Power & Energy related consultancy. He can be reached at sh.fahad@stratagem.pk