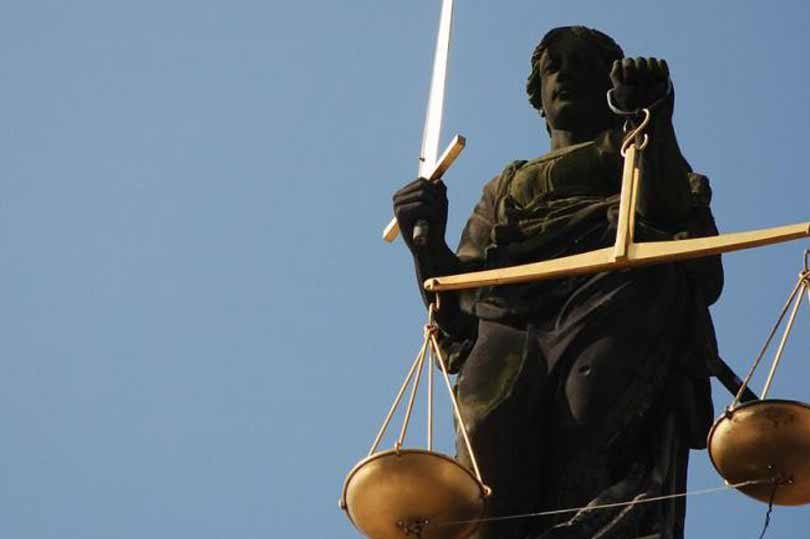 Counter Terrorism has taken a central place in the security paradigm of nation states. This non-kinetic shift is reflective of the complex challenges that the civilised order is afflicted with, and responding to in the 21st century.

Any strategy that can discount the vigour of terrorists cannot be deemed comprehensive unless it has a legislative component embedded in it. It is one of the two pincers, the other being security operations that can be used to deter and clamp down subversion of nefarious elements in a society. The perusal of previous legislations related to countering terrorism reveals that this phenomenon of containing fear spread through terror activities can be traced back to historical times. Statute such as Lex Cornelia de Sicariis et Veneficis (or the Cornelian law of Assassins & Poisoners) passed in 82 CE during the time of Emperor Sulla specifically laid out provisions that can be meted out on those who have committed Dolus malus, latin for an act accomplished to the injury of another.  This marked the first instance in time where formally the State enacted legal barriers to control the spread of terror and subversion of political status quo by an organised splinter group of Jewish assassins. Further corollaries in the form of amendments to broaden the applicability of original law were added through the decrees of Roman Senate and Imperial rescripts.

Never has the need to expound about the significance of legal framework to combat terrorism more felt than after the fateful attack on twin towers on September, 11, 2001. Terrorism became a key security concern for the policy makers around the world and led them to take initiatives through which the terrorists can be penalised. In lieu of bottom up efforts through which the states could have been pushed to formulate their respective counter terror laws, a top down effort was directed by the United Nations to tackle global terrorism. High level panels were constituted to build up a consensus on the legal definition of terrorism, albeit the resignation that followed through due to lack of agreement in the span of last 17 years. No proper mutually acknowledged definition of terrorism has been constituted yet, which some commentators attribute to the disparity between the states interests vis-à-vis the global interests.

We observe the replication of this discord at the lowest state centric denomination too, not only within the legal narrative of various intergovernmental agencies but also if observed through the prism of segmental statutes that instead of making a sole, all-encompassing definition of terrorism dissects it through a specific category of act under deliberations like sabotage, terror financing, et cetera. The US government agencies mandated with counter terrorism mission respectively utilize four different types of definitions to define terrorism, the segmental statutes otherwise.

Holistically, the counter terrorism legal frameworks are a statutory syncretism of constitutional, criminal, administrative, and financial laws which can only make sense if analysed in the context of domestic variables of state, including its political structure, social and economic conditions. International and regional circumstances also decisively impact such legislation.

A scrutiny of Pakistan anti-terror laws reveals a history of promulgation of legislative instruments starting from the Security of Pakistan Act, 1952, and the Defence of Pakistan Ordinance, 1955. In the regime of General Ayub Khan, two orders that were enacted to control political dissent were used by the government of the day for countering terrorism. A special ordinance Suppression of Terrorist Activities, 1974, was issued by the Prime Minister Zulfiqar Ali Bhutto’s government which after parliamentary approval became an Act in 1975. It was criticised for establishing a legal presumption of guilt, a position in contravention to the criminal law, if the accused was apprehended on the basis of ‘reasonable suspicion’. The Suppression of Terrorist Activities Act lost its effectiveness after a legal review conducted in 1997 concluded that more than 18000 cases were still pending. Prime Minister Nawaz Sharif’s government repealed the 1975 Act, and promulgated the Anti-Terrorism Act of 1997. Speedy dispensation of justice, unfettered by the overwhelming procedural formalities of the judicial system was the key consideration behind the introduction of this Act. The renewed frenzy in the last two decades due to the insurgence of Arab terror groups in the peripheral confines of Pakistan prompted the successive governments to introduce 17 amendments, as of February 2015, to adapt to the changing nature of threats.

Low conviction rates and unnecessary delays in trial reflect how the legal framework of ATA (1997) has failed to deliver what it originally promised in its preamble. Public confidence ebbs at the lowest with a clear majority favouring the counter terror measures initiated by the military institutions rather than the civilian infrastructure.

Pakistan’s ATA (1997) preamble elucidates its rationale as concerned with the prevention of terrorism, sectarian violence and also for the speedy trial of ‘heinous offences’. The words ‘heinous offences’ not otherwise defined in the legislation have broadened the applicability of the law, to cases that cannot be defined as terrorism but can rather be considered of criminal nature. This overarching vague mandate distorts the core objective of ATA, i.e. nabbing the real terrorists. A research conducted by a policy institute in 2010 revealed that whereas 199 individuals under trial in the Anti-Terrorism Courts in Karachi were booked on heinous offense charge, only 35 could be categorised as terrorists in real sense due to their affiliation with terror groups.

Other than the preamble, the Section 6 of the ATA also overstretches the scope of law to matters that cannot be considered as sui generis to the definition of terrorism. Range of criminal activities that should have been dealt within the parameters of Pakistan Penal Code such as rape, kidnapping, and extortion can now be indicted under the counter terrorism law. To classify any crime as an act of terror, there is a need to examine whether any political or ideological motivation is embedded in it; but ATA failure to distinguish such crimes has resulted in the overburdening of police and prosecution. It becomes detrimental for the existing criminal justice system, thereby reducing its deterrent value and ultimately leads to the failure of policing, weak prosecution and the law and order situation in the long run.

There is also a dire need to conduct an appraisal of the infrastructure responsible for the implementation of the existing provisions of the ATA 1997. Regardless of the provisions that make it binding on the state to provide security to the participants (witnesses and judges) in the judicial process, the arrangements have remained totally unimplemented.  A large number of acquittals of terror suspects have resulted due to the unwillingness of witnesses to come forward because of security concerns. Similarly, there is a lack of coordination between the intelligence agencies and police that unwittingly ends up reflecting badly on the legal credibility of the terrorism case. If they have reasonable doubt regarding terror suspects; intelligence agencies detain them to acquire more actionable intelligence before handing them over in police custody. Presenting the terror suspect in the court of law becomes another challenge; the police feel compelled to concoct a story of the arrest from different place than the location from where the accused had been originally nabbed by the intelligence agencies. Evidence to frame the suspect is thus invalidated as it is rendered inadmissible by the judicial authorities. The suspect ends up getting exonerated.

Essentially, to overcome these failures, the government needs to sensitize the law enforcement agencies, arrange workshops on ATA provisions for the judges, and fix the language and definitions of law so that the implementation of basic legal framework of ATA can be streamlined. Ad Hoc domestic, legal, and administrative measures do not bode well for the institutions, neither helps in the denial of breathing space to terrorists. By removing these chinks, Pakistan’s ability to combat terrorism on operational and tactical level will strengthen.