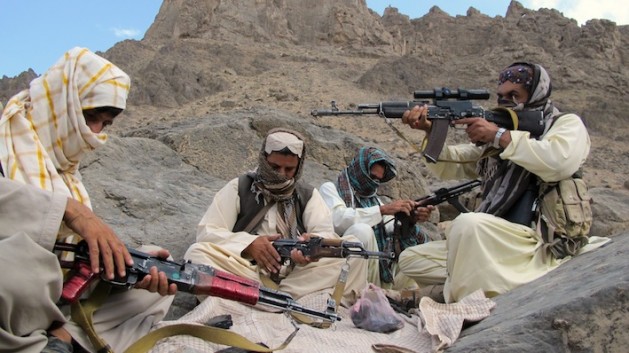 Balochistan, the largest province of Pakistan in terms of area, has witnessed an ongoing insurgency for more than a decade. The insurgency has resulted in killings of more than 5200 civilians and security personnel. In addition, it has greatly  hampered   developmental projects in Balochistan. However, in recent years, several factors have contributed in reducing the lethality   of this insurgency. One of these factors has been the infighting between the separatist groups. Factionalism among the separatist groups of Balochistan has existed for almost a decade but has surfaced publicly only in recent years.

Balochistan is currently(from 2004) witnessing its fifth insurgency since the creation of Pakistan in 1947. Previously, the province has witnessed four insurgencies in 1948, 1954, 1961, and  from 1973 till 1977. The most active separatist groups in Balochistan are Baloch Liberation Army (BLA), Balochistan Liberation Front (BLF), Baloch Republican Army (BRA), and United Baloch Army (UBA). Analysts believe that the Balochistan separatist groups are divided into two distinct groups. The first group consists of BLF, UBA and BRA, whereas the second group includes BLA and Balochistan National Liberation Front (BNLF).

The early footprints of division among separatist groups can be traced back to the killing of Balaach Marri, then BLA chief, under disputed circumstances in Afghanistan in November 2007. Although there was no proof of it, some BLA cadre believed that Brahamdagh Bugti had played a role in the killing of Balaach Marri. Consequently, fissures emerged between BLA and BRA.

After the killing of Balaach Marri, his brother Hyrbyair Marri who was then heading the BLA was arrested in London. Consequently, Khair Bakhsh Marri appointed his youngest son Mehran Marri as the new BLA chief. However, Mehran Marri was accused of grossly mismanaging the separatist organization. A reported rift between Mehran Marri, the youngest son of Khair Bakhsh Marri, and his elder brother Hyrbyair Marri led to the creation of UBA. The BLA accused Mehran and some of his companions of stealing three millions dollars from BLA funds and of taking half of the organization’s weapons stash worth 800 million rupees with which they created the UBA.

Bashir Zeb Baloch, a former Baloch Student Organisation (BSO) chairman, held several meetings with BLF chief Allah Nazar and its senior commander Wahid Qambar in his efforts to recover BLA’s stolen weapons from Qadir Marri, Mehran’s confidant. However, the meetings proved unsuccessful as Bashir claims that the attitude of BLF indicated that the Front wanted the UBA to be recognized as a separate entity and for all past differences to be forgotten. Bashir later said that it has been proven that BLF is receiving weapons from Qadir Marri who had a good working relationship with the BLF chief.

Meanwhile, in 2012, BLF commanders Salim Baloch and Allah Bakhsh Jago formed Balochistan National Liberation Front (BNLF). Both commanders claimed that the reason for parting ways with the BLF was the killings of innocent civilians by the Front but analysts believe that the formation of BNLF was a BLA-backed move aimed at settling scores with BLF chief.

The departure of Brahamdagh Bugti from Afghanistan to Switzerland in October 2010 allowed BLF to assume the central role in Balochistan insurgency, a role which was previously enjoyed by BLA and BRA. Following the earthquake in Awaran in late 2013, security forces were able to make headway in those areas of the district which were previously known as ‘no-go areas’. Consequently, the security forces carried out numerous operations to weaken BLF in its stronghold. The BLF leadership was forced to leave its stronghold and is now believed to have taken shelter in Afghanistan. Analysts believe that the main reason behind the weakening of BLF in its stronghold was the lack of support from BLA and BRA. In the past, the three organizations had cooperated with each other; this changed after Balaach Marri’s death when serious differences emerged between these organizations.

In 2014, divisions among separatist groups surfaced publicly at a much greater level. Following the death of Nawab Khair Bakhsh Marri in June, statements against one another become a new norm. The BLF termed BLA an ‘obstacle’ whereas Lashkar-e-Balochistan also criticized BLA by saying that the latter is more active on social media than on the actual battleground. In October, series of public allegations between Allah Nazar and Khan of Kalat Mir Suleman Dawood were reported in Balochistan’s local Urdu newspapers.

On 3rd November 2014, the UBA claimed that the BLA was responsible for the killing of one UBA commander, Ali Sher, and detaining four others.  This was one of the most significant infighting incidents since the beginning of the insurgency. The incident occurred just two days after the appeal by Baloch National Movement (BNM) and the Baloch Students Organization (BSO), two prominent pro-separatist Baloch political organizations, to avoid infighting among separatist groups.  A few days later, Khalil Baloch, the chairman of pro-separatist Baloch National Movement (BNM) expressed concerns over the growing differences between the separatist groups and said that infighting could have unimaginable consequences.

In May 2015, the UBA claimed responsibility for the killing of 22 passengers in Mastung district. The terrorist attack was condemned by BLA, BRP and several pro-separatist political organizations. But BLF, BRA and BSO-Azad remained silent about the tragic incident.  The Mastung terror attack thus reinforced the growing divisions among the separatist groups. In June, 20 separatists were killed in a clash between BLA and UBA. This clash was one of the deadliest inter-separatist clashes of the ongoing insurgency.

In July, Prime Minister Nawaz Sharif approved a general amnesty plan for those separatists who were willing to lay down their arms. Under the plan, cash rewards were given to the abdicators to facilitate them in their rehabilitation and to bring them back into the national mainstream. More than 1300 separatists have laid down their weapons under the scheme. The personnel who abdicated militancy  included senior commanders of several separatist groups. Many separatists have stated that infighting among the separatist groups was the major factor which resulted in their decision to surrender before the authorities.

Following Modi’s 15th August speech, India has openly raised the issue of alleged human rights violations in Balochistan in order to divert  world’s attention from Indian atrocities in India-held Kashmir. Amidst Indian support to Balochistan separatists, differences between the separatists continue to increase. In October, Naela Quadri, head of World Baloch Women’s Forum, announced her decision to approach India for the formation of government-in-exile. The next day, Brahamdagh Bugti tweeted that Naela Quadri does not represent the Baloch people and is damaging the cause of a so-called independent Balochistan state.

The Balochistan insurgency has suffered a double blow due to the differences among the separatists. Bickering has contributed to a decline of separatists available to the separatist groups. In addition, the rebels  who were involved in fighting the security forces felt betrayed seeing their chiefs living comfortable lives in Western countries. This was another major reason which resulted in an increase in arms lay-off  under the government-announced amnesty scheme.

Both civilian and military leaderships in Balochistan should continue to benefit from the ‘cleavages ’ factor by luring in more separatists to the national mainstream. An improvement in the living conditions of farraris will also create a realization among the separatists who are still fighting for several separatist groups that it is better to surrender before the authorities than to fight for an unachievable cause.