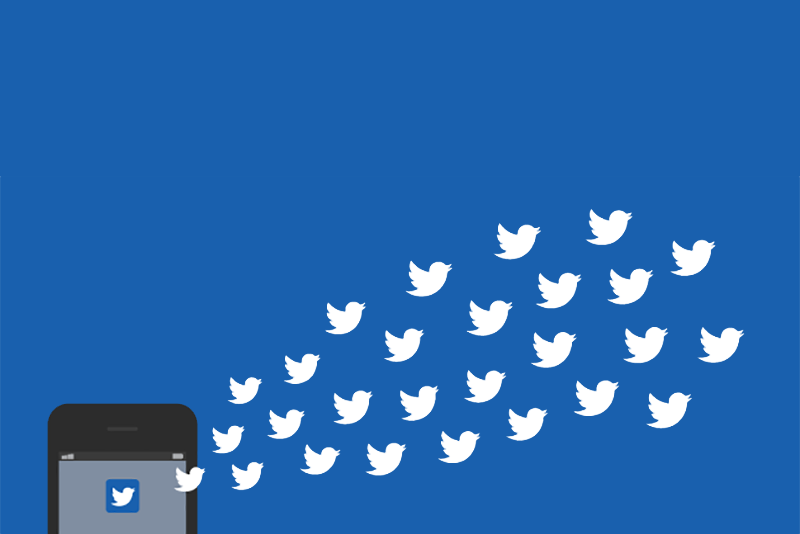 Diplomacy is the principle driver when it comes to an interaction of countries on various issues ranging from trade to negotiation. Across ages, the art of diplomacy has evolved involving various facets, and advancing the study of international relations. Human history is quite fluid and has been defined through developments in ideas, and most importantly, technology. Conventional views of diplomacy associate it as conservative when it comes to handling areas of bureaucracy and sovereignty. The age of internet has brought about rapid changes in all facets of state craft. From governance to formulation of foreign policy, the ‘e-age’ has opened a Pandora ’s Box for new interventions. Gone are the days of tight governmental control and conservative policy making. Diplomacy is now in the age of digital diplomacy. In a world where political opinions are formed based on tweets and social media accounts’ based information, it is imperative to discuss policy framework related to digital diplomacy.

Within the context of international relations, states respond to changes in the technological environment and create policies accordingly. In response to the age of internet, U.S responded first with the creation of an eDiplomacy unit way back in 2002. Started as a task force, this is now a fully functional Office of e-Diplomacy. Other nations have also caught on to the trend of creating specific divisions to handle eDiplomacy, like UK’s Foreign and Commonwealth Office which has a division of digital diplomacy. States have also used social media as an active online communication strategy, with think tanks actually analysing most connected social media leaders. A term “Twiplomacy” has been created which refers to diplomacy done through Twitter. There are as many as 264 Twitter accounts of heads of states. More recently, in the wave of populism, we have seen how the Twitter presence of the likes of Modi and Trump played a major role in their electoral success. Not only states but non-state actors including terrorists have used social media as a platform to advance their causes. Poland is an example whereby the Foreign Ministry has a very dynamic online presence and has a dedicated website which has details of official social media accounts. The image provided below (taken from their webpage) provides a snapshot of their eDiplomacy. 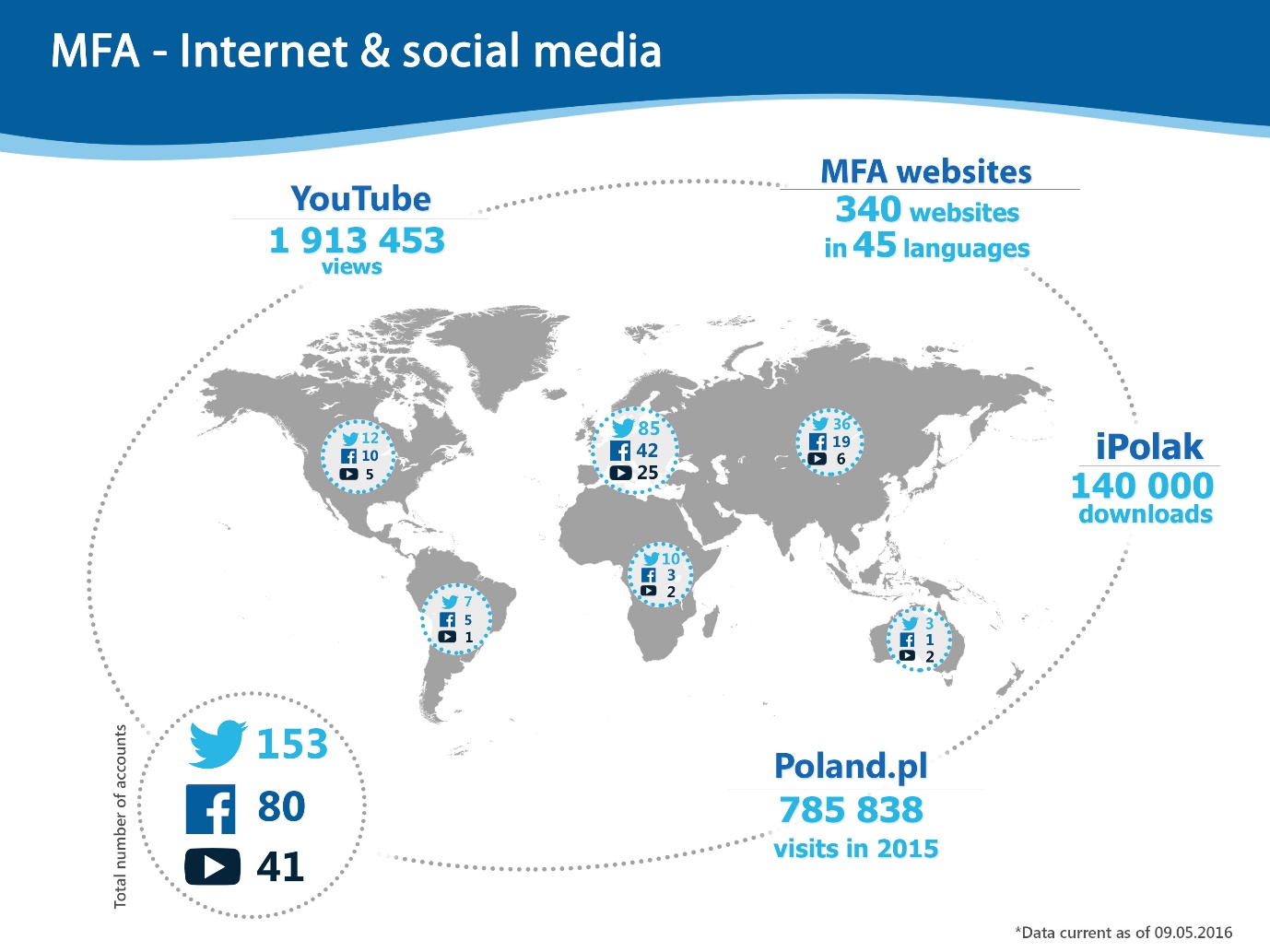 Today, crises events across the world are followed by a large population of the globe resorting to Twitter and Facebook for updates and reactions. Such developments have led to states having to response rapidly, thus diplomacy in the age of internet has to keep pace. Diplomatic delays or conventional red-tapism has paved way for responsive governance, whereby embassies and diplomats who do not have an e-presence are viewed as backward or non-responsive. The case of Sony hacking and more recently, the presumed role of Russia in rigging U.S presidential elections can be viewed as cyber conflicts which require cyber diplomacy. An important related point to discuss here is the difference between ‘cyber diplomacy’ and ‘digital diplomacy’. The former deals with the use of diplomatic tools to resolve issues arising in cyberspace, while the latter involves the usage of digital tools to advance diplomatic ends.

A study done in 2015 on the role of Twitter in diplomacy summarised that there are more than 4,100 embassies and ambassadors who are active on Twitter. The figure provided below from the report summarizes the vitality of Twitter and increasing connectivity among the embassies across the world. 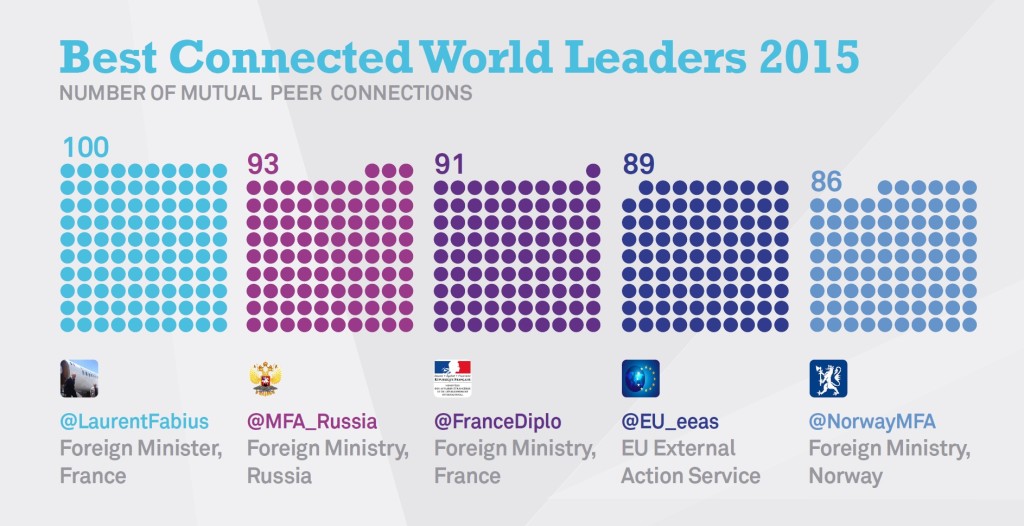 Digital diplomacy has an impact on sovereignty as well, as can be seen of the case of Kosovo in 2013. Kosovo became the first nation-state of the world that was recognized by Facebook.

Despite such international developments, eDiplomacy is yet to be pursued as an active domain of policy making in many places. While Open Government has been frequently debated, diplomacy in the digital age has been less discussed.

Usage of Information Communication Technologies (ICT) tools to achieve diplomatic objectives is a key focus of eDiplomacy. Diplomatic functions that are directly impacted owing to digital presence include:

a. Bilateral and Multilateral Relations

Digital diplomacy is expanding the scope of relations and we are seeing how social media is being used to advance relations between countries and global organizations such as the UN, EU among others. For instance, in Pakistan, the China Pakistan Economic Corridor (CPEC) is seen as a major bilateral trade agreement which has important geopolitical and economic impacts for the region. The CPEC Monitor on Twitter provides a consistent stream of information for interested stakeholders and the world alike.

b. Promotion and Image Building

It goes without saying that a key pillar of diplomacy is to be able to project a positive image of a country. Countries that are associated with negative international images such as violence and terrorism, are also castigated on Twitter and Facebook. The flip side to this is that countries that have been wrongly accused of such negative development can project a counter image as well. The Twitter handle of Dr. Maleeha Lodhi (Pakistan’s Permanent Representative to the United Nations) is a good example of this. She has been vocal in projecting the country’s effort in fighting against terrorism, highlighting violations of human rights by India and also ensuring a relatively unbiased dialogue towards NSG membership of India.

Public diplomacy differs from Traditional diplomacy in covering interactions with non-governmental organizations. This is one avenue that Pakistan needs to rapidly improve. There is a large diaspora of every country living abroad. Generally, embassies are able to mobilize them through effective service delivery, and they in turn promote their country globally. There needs to be a strong eDiplomacy connection between diplomatic missions of a country and how the citizens feel about it. Using social engagement, people across the globe are able to place diplomats under public scrutiny.

Availability of effective consular services has become much more important during the age of internet. A large number of entrepreneurs have e-businesses and require digital diplomacy to advance their presence. Digital India is one such venture which is using consular services and eDiplomacy to increase the country’s footprint across the world.

Citizens also expect their embassies to be well established in terms of ICT infrastructure they are providing. The more detailed the information and communication systems of a Foreign Ministry, the more will be the public appraisal, and its impact on the world. We have already seen the web presence of Poland. Another case for this can be seen through the little known Marshall Islands, which using its vibrant e-presence was able to play a key role in the sign of the Paris climate deal.

Interestingly, the development of internet was a product of the Cold War (ARPA net as a communication system between military industrial complex and civilian research institutions). We are now in the age of post-industrial information society, offering new ranges of transnational production and distributive processes. Conflicts have also included the aspects of cyber, drone or robotic technologies, making ICT a key tool of modern warfare. Thus, digital diplomacy becomes more important than ever. Thus, states and non-state actors have adapted new strategies and policies to manage these technologies’ driven challenges and capitalize on these transformations, making digital diplomacy more important than ever.

Provided below is a model e-diplomacy maturity framework which has been adapted from a research study. This is one model which embassies and foreign ministries across the world have either developed or are envisaging to develop. 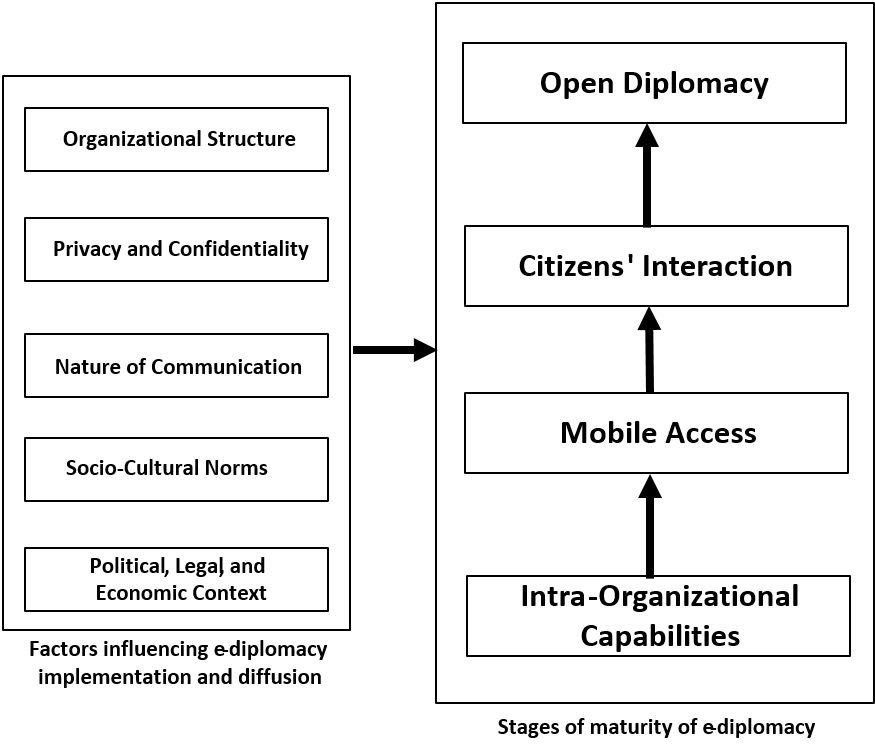 (Source: Almuftah, H. and Sivarajah, U., 2016. Toward Formulating a Digital Diplomacy Maturity Framework: A Theoretical Prospective.)

The use of innovative ICT tools such as e-mails, social media, interactive websites, and e-services can greatly improve the effectiveness of a country’s foreign ministry, of note is that there are a number of factors that are observed to limit the adoption of these technologies. These factors essentially range from bureaucracy, secrecy, and communication with the public to political, social and technological factors. It is essential for foreign ministries to carefully analyze these factors before implementing programs aimed at integrating ICT into their operations as this can have massive ramifications on the ministries. More recently, former UK diplomat Tom Fletcher has also called for involving representatives from Facebook, Google and Twitter during diplomatic interactions. These are really interesting times to be alive in, imagine a plaque reading Facebook or Google or Twitter in a session of the General Assembly. Digital diplomacy is surely headed towards that end.