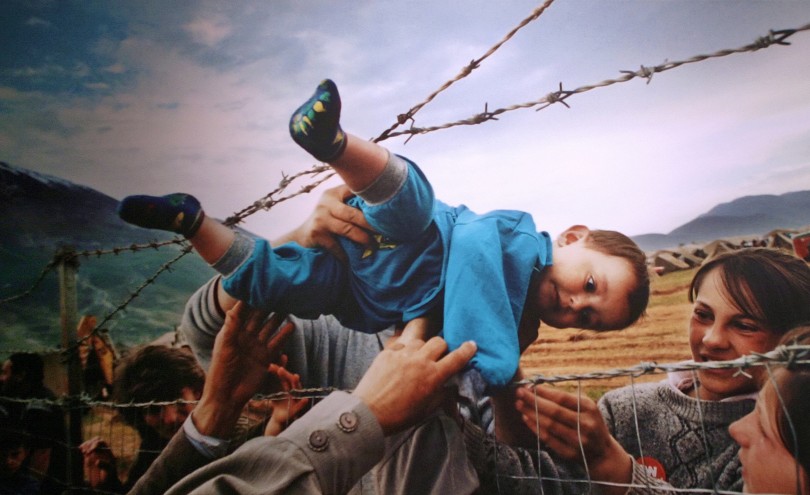 People – trafficked, searching for lost homes, gasping for air, trying to survive! Many fail, like the baby who washed up ashore at a Turkish beach resort, or those unfortunate seventy people who suffocated to death in a truck in Austria, among countless others who go unreported.  Horrific news, pertaining to the refugees trying to reach Europe, has been making headlines in the past few weeks.

Mired by conflict, and in search of peace, refugees from Syria, Afghanistan, Burma, Africa and other war-torn countries constitute what is called the “largest refugee crisis since the Second World War”.

The refugee versus migrant debate has added a financial tinge to the humanitarian issue, where politicians and international leadership is losing sight over the matter at hand. A ‘refugee’ is essentially anyone fleeing conflict and persecution at their homeland.  According to the 1951 Refugee Convention, a refugee can be defined as a person who “owing to a well-founded fear of being persecuted for reasons of race, religion, nationality, membership of a particular social group or political opinion, is outside the country of his nationality, and is unable to, or owing to such fear, is unwilling to avail himself of the protection of that country.” Those crossing the Mediterranean this year, the Syrians, Afghanis, Libyans, and Eritreans are subject to mass violence and conflict in their homelands. Using the term ‘migrant’ for such people who move to another land for better economic opportunities,  is not just undermining their struggle but it also has legal implications.  Interchanging the former with the latter is a hindrance to the provision of security and safety of those unsheltered at land and sea because under international law, refugees cannot be expelled or sent back from their place of asylum, unlike the migrants.

Amongst the European states, Germany and Sweden have proven to be the most welcoming, as they together received more than half of the 350,000 applications for asylum from Syrian refugees in Europe. Germany has pledged 30,000 places for Syrian refugees through its humanitarian admission programme, which is nearly half of the global total of resettlement and humanitarian admission programme places for Syrian refugees, and 82 per cent of the EU total. On the other hand, Britain has accepted just 216 Syrians. The number of Syrian people to resettle in UK, according to the Independent, “could fit on a single London underground train — with plenty of seats to spare”. Italy and Greece are trying to cope up with the influx, while Macedonia cried emergency. As pressure on the European Union increased to step up their efforts for solving the crisis, European ministers have called for an emergency meeting to discuss the influx and settlement of refugees on September 14.

From the Muslim world, Turkey is the largest refugee hosting country for the Syrians, providing land and shelter to more than 1.6 million Syrians. The hardly stable Muslim nations of Lebanon, Jordan, and Iraq are also hosts to the refugees, according to Amnesty International. The latest UNHRCP figures state that there are 1,113,941 Syrian refugees in Lebanon, 629,245 in Jordan, 250,408 in Iraq, 132,375 in Egypt, and 1,938,999 in Turkey. In addition, some 24,000 Syrian refugees are registered in other countries in North Africa. Even though the Gulf countries have provided funds to and assisted in resettlement programs taking place in the host-countries, Saudi Arabia, Qatar, Bahrain, Kuwait and the United Arab Emirates offered “zero resettlement places” to the Syrians despite the geographical proximity.

Despite UNHCR’s urgent call for funds for the Regional Refugee and Resilience Plan for Syrian refugees, the programme remains largely under-funded, with only 33% of the target amount reached.  Enabling a few refugees who are fortunate enough to cross into Europe or elsewhere is a half-hearted attempt at finding a solution to this misery, to say the least. As conflict escalates in most parts of the world, and is supported by those in power, people will continue to leave their homes and their ways of life to find new sanctuaries, ironically, among those who are complicit in fueling the fires at home.