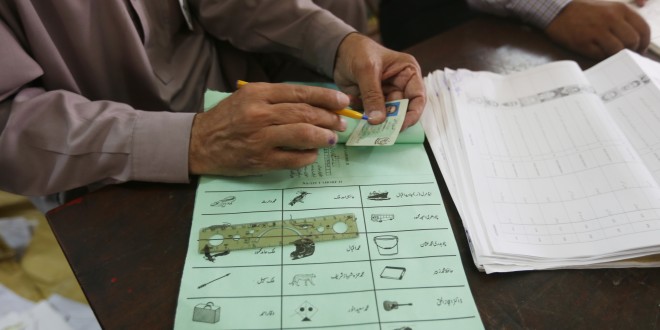 The tragedy that struck annual Muslim pilgrimage to Kaaba this year was horrifying to many who were present there. The collapse of a crane in Makkah followed by a deadly stampede in Mina left scores of pilgrims from different countries martyred. Survivors to both tragedies have heart wrenching tales to tell. Some have begun an intake of sedatives to calm down their trauma-struck selves while others are still running errands to find any clue leading up to their missing family members. A recent statement from information minister Pervaiz Rashid reflects the government’s confidence in human relief efforts initiated by the Saudi government. However, the families of missing pilgrims have a different version. They are practically in a limbo, complaining about the Pakistan government’s apathy towards its own citizens. Even the number of people missing and dead released by the government is being debated by the affected families, who fear more people have died and gone missing than the figures made public.

It is being debated in several circles whether Pakistan should go forward with demanding an inquiry into how the tragic incident in Mina came about. The question is, why Pakistan shouldn’t amid reports that the deadly stampede transpired from security arrangements made for a Saudi prince performing Hajj? Why shouldn’t we question the authorities’ indifference towards the loss of lives of several Pakistanis and the aspirations that died with them? Death may dawn over anybody anytime but the way deaths of several Pakistanis in Mina are being dealt with is insulting to those who are no more with us. The way innocent people were crushed in the stampede will always lead victims’ families to think how their loved ones could have been saved, the tragedy averted if proper arrangements and crowd control mechanisms were in place. People have gone missing in the aftermath of this tragedy but Pakistani government is minimally interested to track them down or coordinate with their families.

Incidents like these occur as hard slaps in the faces of us all who have to survive through shabby socio-economic conditions every day. It affirms our sorry belief into the indifference of those entrusted to protect our interests and welfare as ministers and public servants. It tells us that the protection of human life, welfare of citizenry and transformation of population into human capital is not the priority of the government. We are entrenched in a perpetual struggle to survive so intensely that there is less time and energy to concentrate on bigger goals like attaining political maturity and social sense. Human development through raising awareness, literacy, providing employment and taking care of basic human needs like food, shelter and clothing is a dream many Pakistanis wish the state would someday fulfil.

Interestingly, the ‘human’ connotation to concept of development was the brainchild of two South Asian economists, Amartya Sen and Mahbub-ul-Haq. Even the famous Human Development Index is named after the Pakistani economist Mahbub-ul-Haq as a recognition to his phenomenal contribution in the field of economics. It is then an irony that the very country he belonged to has desperately low levels of human development.

More concentration is directed towards infrastructural development, which is not entirely bad, but definitely unsustainable when people consuming its perks are left illiterate. Infrastructural and industrial development can only sustain when people are made aware of its worth and how it works to their benefit. The forms of social behaviour we witness almost every other day, especially in chaotic situations, is the defacing of public property by angry mobs.

Development of any country rests as equally with its citizens as with the state. Therefore, we see that the concept of participatory democracy has taken strong roots in all developed states. People in a participatory democracy are as aware of their responsibilities as they are of their rights. They are politically informed, socially responsible and empowered enough to hold their public servants accountable if they see gaps between their espoused values and actions. This can happen in Pakistan too if democracy is not only an election slogan but a practical reality. However, the current state of affairs, where we see political demagogues of ‘democratic’ or pro-democracy parties wrangling over the holding of local bodies elections in the country’s two most important provinces, the future seems to be bleak for Pakistani people lest they make an informed choice the next time they go to vote.

Marzia Raza student of politics, resolute to contribute to lasting change in Pakistan's social milieu through her writings.