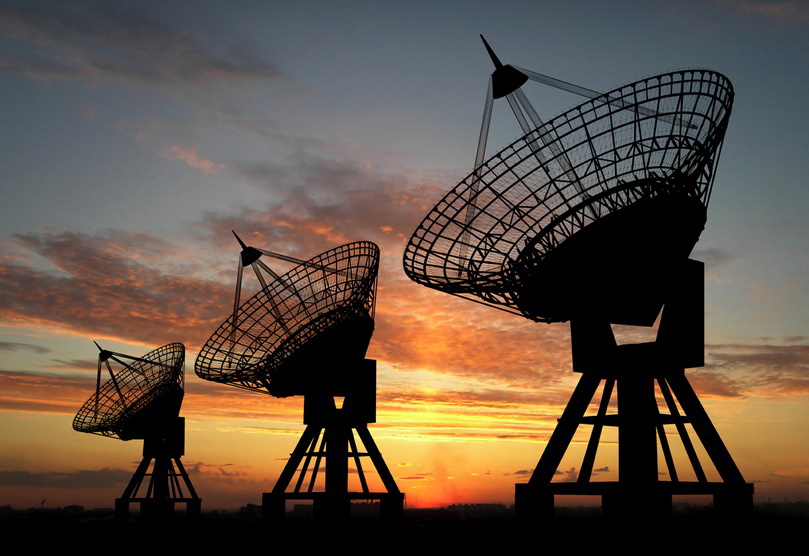 Media as a subject in the academia has led to the formation of numerous new concepts which gave birth to the need of understanding this sprawling field. The evolution of media with the passage of time, and its sister fields like journalism and communication studies have gained significant power to shape the environment they operate in. The modern day media has developed significantly to the extent that it has registered itself as a separate entity in the society regardless of the number of critics. Hence, numerous theories have been formulated and discussed to understand the magnitude of the power that media in today’s world possesses.

Media acted as the sole communicator during the First and the Second World War and governments utilized its reach to convey their message across the locality and the borders. So, with democracy came the demand for right to information, the freedom of speech or expression, resulting in the foundation of the contemporary media. Foreign dealings are a hallmark of democratic state and are vital for the survival of a state in the world. The unorthodox thinkers from the field of both media and foreign policy have placed media as an indispensable tool of communication for political stake holders and general public. Considered now as the fourth pillar of democracy, media has started to influence one particular and unimaginable aspect of state functioning – the foreign policy of the country.

Pakistan owes much of its media freedom to the former President Pervez Musharraf. The overall anatomy of the Pakistani media underwent a systemic shift with Musharraf’s vow to develop every sector of the country. Contrary to the dictatorial era of Zia, where the state owned media faced serious restrictions from the content being aired to dress code practices, Musharraf not only liberated the state media but also gave clearance to independent media houses. The newly granted media freedom and the overall industry experienced a boom but the implications were not foreseen.

The Pakistani media took on a leading role in highlighting the policy issues which were once considered a taboo and the media soon became the critic of the then, still continuing semi-dictatorial regime of Musharraf. Many grave foreign policy issues came to the fore during the period. War with India was imminent and in such dire times the media played a vital role in keeping the moral of the nation and its soldiers high by airing relevant content, and leading this notion was the national channel PTV.

Still in the phase of a cold war, one private media channel seized the opportunity to drive away the anti-Indian emotions by taking the “Aman Ki Asha” initiative, which soon received serious backlash. This shows the private media’s ability to disregard the stance of the government and public at any moment. With the advancement in the private media houses, the monopoly of the state owned was not only challenged but broken and hence, till date only PTV remains the true governmental mouth piece.

Turning the attention towards the U.S, Pakistan became an important ally in the highly vaunted War on Terror, which became the hot talk of the town of Pakistani media. By and large public opinion was in favor of alliance with the U.S led war on terror. The pros and the cons of the alliance were visible as Pakistan’s international sanctions were waved-off. The media experienced international exposure and the coverage was mainly favoring this alliance. Musharraf was hailed as the savior of the country. Surprisingly the mostly-in-a critical mood, private media houses were not challenging the established foreign policy decisions in regards to America.

Along with the alliance with U.S, the turmoil of Afghanistan began to spill. This is where the split in the media began to emerge. Media started to question the country’s dual policy regarding Taliban. Senior journalists started to allege the Inter-Services Intelligence (ISI) of harboring links. Musharraf however, maintained a strong image in the eyes of public as well as the international audience despite the harshness from the local media. The President defended the national interests of the country as he believed in the philosophy of life before mother land and stated his clear stance in local and international media forums alike.

The demand of the U.S for stepping up the ante and “do more” became a phrase which created strains between the two allies. The media started to critically analyze the decision of joining the forces against the war of terror. Since it took a toll on life and economy, the criticism turned into a massive anti-Musharraf movement after the Laal Masjid saga. The easiest way to malign Musharraf was to criticize his foreign policy towards the U.S and its use of drones in the tribal areas of Pakistan. The media cried the sovereignty hoax. Anti-Americanism was fueled by the private media. The media started to set the consent of the public at large which later helped in ending the dictatorial era in Pakistan. The media helped alter the political change within and the country and the change of stance towards the U.S, India and Afghanistan. The media became an active participant in the foreign policy-making which was an unprecedented revolution in Pakistan.

Beating the victory drums, both the Pakistani media and the governmental individuals   understood the wide range of its power and so the phase of trial began. Private media channels started setting news agendas and did not pander the government’s line. The term “media- trail” re-emerged in the assembly and parliament of Pakistan whenever any important policy matter was under discussion. Various PEMRA clauses were set out to maintain some code of conduct for the media which seemed ineffective and the media continued the analysis of the national matters whilst unintentionally forming the opinion of the public. Media and the media-persons have now started to fill the vacuum of a think tank outside the tables of regular policy-makers.

Since Pakistan has resumed its journey towards democracy, the foreign ties have become an interesting matter for the media to discuss. The media has kept a keen eye on the external matters of the state and continued the trend of poking its nose in sensitive matters. No significant matters or deals took place under the government of former President Zardari apart from the Abbottabad incident and continued drone strikes in Pakistan’s tribal areas. The media openly questioned both the civil government’s and the military establishment’s quietness over the issue and once again aided in garnering the anti–US notion within the country. Seeing the pressure building up, calls for elections were made and hence the media once again silently played the role of an assassin.

Currently, Pakistani media still holds the spade but few have learned from the past mistakes and so the media now is much matured. In most of the countries, the local media is bound to respect the state policy especially when in it is the matter of foreign ties. Much caution is taken by the media as even the slightest of unnecessary comments can trigger a clash.

Diplomacy lies at the heart of conducting ties with other countries. Moreover, signaling and blusters are imperative to strategy. The media is a powerful cog in both the above mentioned planks. The rational model of foreign policy decision making has become all the more complicated owing to what one can call the “fog of information”. If we admit that sound foreign relations are aimed at the ultimate betterment of our citizens, then public opinion does come into the equation. Media acts as a bridge between the public and the people at the helm. Media provides critical feedback on their policy initiatives by reaching out to the public. The eye of the camera and emotional appeal has significance bearings on shaping public opinion. The change in the pulse of the public is then picked up by the media to pressurize the government into altering a policy. Hence, a chain reaction sets in but it is not without its complexities. Media is perhaps more of a tool in carrying out effective foreign relations. This claim is not hollow, to say the least. Foreign policy practitioners nowadays increasingly make use of the social media to engage with people to foster ties. Former US secretary of State Hillary Clinton stressed the need to literally use social media to put across the American word to a wider mass.

The Pakistani media has grasped some sense in regards to what needs to be portrayed and brought under discussion. In a globalized world, where the center and the periphery are connected via media, governments of other states get the required information from the media. The foreign office also uses media to convey their message and hence the media acts as the non-human diplomat on behalf of the country. Now, Pakistani media vigilantly discusses sensitive foreign matters and ensures that the stance of the government over such matters are kept in mind, which partially fulfills the criteria of a responsible media coverage. Be it the President’s foreign visits or the COAS’s visits, the Pakistani media and media persons have seemingly started to follow PEMRA’s rules in regards to such affairs but yet much has to be learned by the media. The relationship between the Pakistani media and the government’s foreign policies is a fragile bridge whose ends are tied not far from each other.