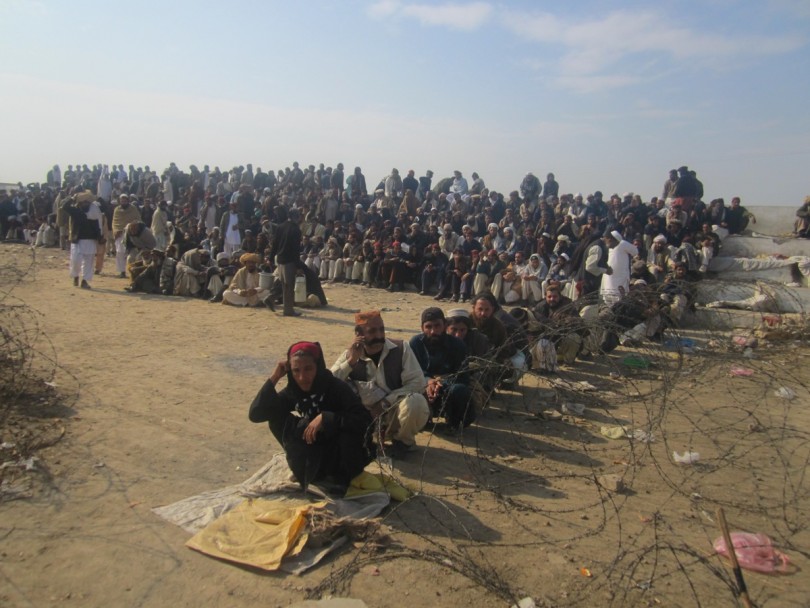 On a chilly Sunday night in the month of March, 2014, billions were glued to the proceedings at the Sher-e-Bangla National Stadium in Dhaka as arch-rivals India and Pakistan were at loggerheads in an epic Asia Cup cricket match. India had the match covered with 9 runs required off a mere 4 deliveries. The hopes of the nation were reposed in the then 34-year old tribal hailing from the Qamar Khel clan of the Afridi Tribe based in the Khyber Agency of the Federally Administered Tribal Areas (FATA). Much to the chagrin of India and the delight of Pakistan, the man whom the cricket fraternity calls “Boom Boom” smacked two back-to-back sixes to clinch an improbable win. Yes, Shahid Afridi’s heroics became a cause of euphoria for the nation; there was dancing in the streets. This was not the first occasion when Afridi united the whole country, amidst fear and chaos he was the main architect of giving Pakistan their maiden World T20 title. Afridi has been serving Pakistan, be it in cricket or philanthropy. His kinsmen and forefathers did so as well and are still contributing immensely towards Pakistan. It is noteworthy, that his tribe along with others were the first to challenge Indian aggression in Kashmir. Shahid Afridi is just one glaring example.

The people of FATA have shown patriotism and have thwarted attempts to cause dissent, be it the Afghan-led Pashtunistan Movement or other divisive forces. FATA has produced warriors who fought and are still fighting on forward-defended-localities to safeguard the integrity of their homeland.

However, the real heroes have been the common residents of the seven agencies. The menace of terrorism has been a bane for the lion-hearted Pashtuns. Right from Kurram to South Waziristan, people suffered heavily as they did not bow-down to coward terrorists.

Unfortunately, geographical proximity and ethnic affinity resulted in the picturesque areas of Bara, Miranshah and Wana becoming sanctuaries of blood-thirsty militants. The centre of gravity was FATA, and if the country and the inhabitants of the seven agencies had to be saved, the area had to be purged of all miscreants.

The armed forces of Pakistan have been carrying out CTMILOPS in these agencies since 2004. Operations alternated with piecemeal talks. Dilly-dallying gave the enemy much-needed space and time, which are two key elements in fighting battles. Albeit, operations led to temporary displacement and later rehabilitation of locals, these valiant Pashtuns faced these hardships with grit and determination.

It must be stressed that Zarb-e-Azb or Khyber 1 for that matter are not mere military engagements to flush out terrorists, but a devotion to a sacrosanct cause: Pakistan. The IDPs and TDPs whatever one may like to call them are no less than those who are seeing live combats. They have left their homes to secure the future of the country.

Naysayers are found in plenitude everywhere. Through theatrics on print, electronic and social media they try to create an impression that Pashtuns are being treated with disdain, they are going through a ruthless ethnic cleansing process, and that the generals are playing their dirty stratagems.

However, when locals do Khattak Dance and eat Pashtun cuisine along with officers and jawans in the bakakhair IDP camp in Bannu, such claims should be laid to rest. When Tribal Maliks bequeath their turbans to General Raheel Sharif, they are actually showing veneration for the institution as a whole, thus drawing a demarcation and giving a strong message to the enemies of the state.

The recent festivities on account of the independence day in Mir Ali, North Waziristan where innocent children, zestful youngsters and elderly Dawars, Mehsuds and Wazirs were singing national choruses, bore testimony to their unflinching love for the country. The event was organized under the auspices of the army, which in addition to its operational duties is trying to bring tribesmen in the national fold.

Public support for the army in the ongoing military effort is indispensable for the eventual success of the war. It is tantamount to espousing the state, for the armed forces are fighting for the establishment of the state’s writ.

Such were the spirits of the Afridi tribesmen when the army was on the surge against the Lashkar-e-Islam’s chief, Mangal Bagh Afridi, they, though in a pitiable condition asked the army to arrange for screening of the World Cup Quarter Final in the hinterlands of the Tirah Valley. While Mangal Bagh aimed to supplant the Pakistani flag with that of his own outfit, these brave tribesmen rooted for Pakistan to redo the feat of 1992. Such scenes were not only witnessed in the seven agencies of FATA.

In the suburban areas of Lahore, Pashtuns from Bajaur, Mohmand and other agencies halted work and their eyes were fixated to television sets. Their sorrow on Pakistan’s ouster from the World Cup was conspicuously evident from their glum faces.

Pashtuns from FATA are found residing in Lahore, embroiling themselves in various kinds of small self-propelled businesses. They earn from hard labor and never shy away from doing that.

It was imperative to take their thoughts about the military and its operations in their areas. Niaz Khan drives an Auto Rickshaw as it is called. Belonging to Mohmand Agency, Niaz believed that General Raheel changed the complexion of the war. “General Saab is going after all Indian agents, the locals are really happy as there is peace in Mohmand.”

Similar opinions were given by two other Pashtuns from Mohmand. Manoos Khan, a street watchman in Green Town Lahore said that had it not been for the army, terrorists would have massacred them. The people are so grateful and impressed that many are aspirant of joining the armed forces.

Gul Khan, a shoe weaver who migrated from Bajaur Agency, said that a military commander (alluding to Lt Gen (R) Tariq Khan) was instrumental in weeding out ruthless militants from his area.” Now, normalcy has been restored; people feel safe.”

Bilal Mehsud from South Waziristan said that we are elated to see our children going to cadet colleges. He was particularly happy about the network of roads which the army has built. Bilal said” Life is much safer and comfortable now due to the efforts of the army”.

What can be inferred by all this? The people of FATA clearly reject attempts aimed at the balkanization of Pakistan. They are a bulwark against terrorism and will continually fight for themselves as well as the honor of their country.

A young tribesman in all certainty will covet to hit sixes and uproot stumps like Shahid Afridi, and will not join the ranks of Mangal Bagh Afridi and alike, to subvert Pakistan. The onus lies on the organs of the state to give the status that these loyal tribesmen deserve, failure to do so would only strengthen the hands of the enemies of Pakistan, which are of various kinds and types.