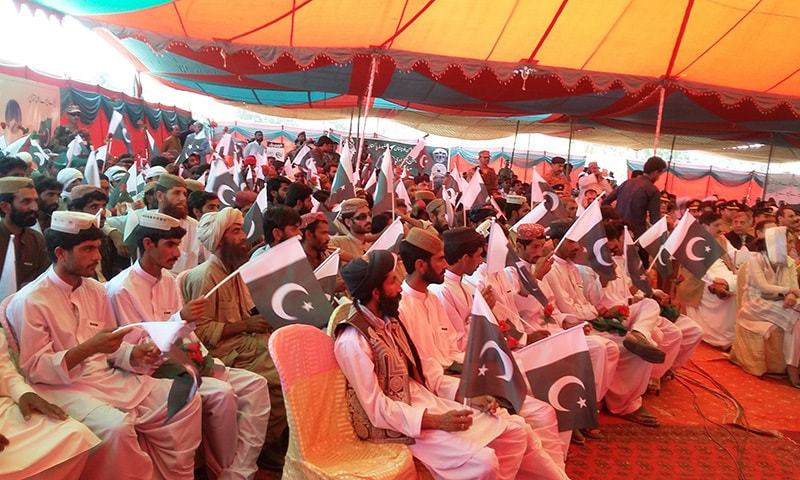 Around 400 Baloch militants laid down their weapons before authorities in Quetta during a ceremony to celebrate Pakistan’s Independence Day. Militants from various banned Baloch organizations handed over their weapons to officials at a ceremony held at Quetta’s Police Lines area. Home Minister Balochistan Mir Sarfaraz Bugti, and notable senior military and civilian officers were among those attending the function.

Brahamdagh Bugti, the hardliner separatist leader of the outlawed Baloch Republican Party (BRP) also announced that he is willing to negotiate with the government over the Balochistan issue, according to an interview given to BBC Urdu. When asked about assistance from India, Bugti said he will not deny it, as it is usual for people to ask for assistance when they are defending themselves.

The government is also engaged in negotiations with the Khan of Kalat, Mir Suleman Dawood, as part of its reconciliation policy to find solution to the violence in the province. 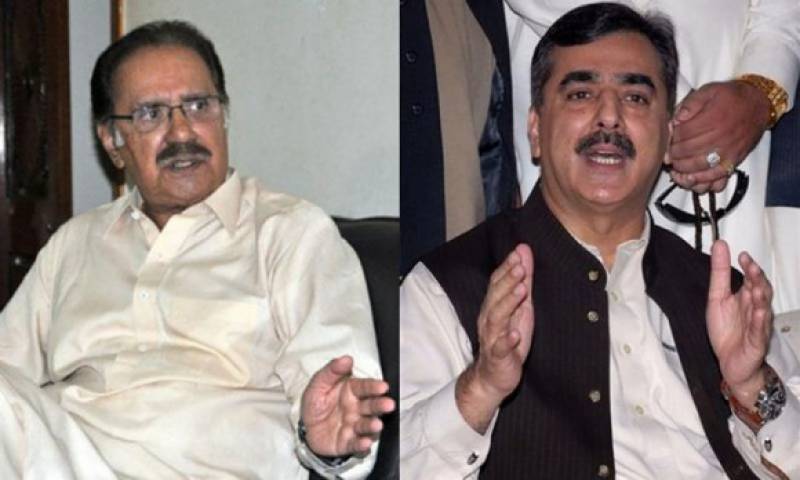 As part of the ongoing operation in Karachi against violence, terrorism and corruption, a federal anti-corruption court issued non-bailable warrants for the arrest of Pakistan Peoples Party (PPP) leaders, Yousuf Raza Gilani and Makhdoom Amin Fahim, amongst others. As the Federal Investigation Agency (FIA) presented a charge sheet with 12 new cases against the senior PPP leader and the former PM relating to multi-billion rupee scandal in the Trade Development Authority (TDAP), the total number of cases against the two has come to 24.

Sindh Chief Minister Qaim Ali Shah and PPP Co-Chairman and former president Asif Ali Zardari expressed their anger over action against their party members, as Shah termed it “the invasion of Sindh”. Mr Zardari demanded that “politics of revenge” should be stopped immediately. Otherwise, he warned, there could be “disastrous consequences”.

Ceasefire Violations and Failing Diplomacy between Pakistan and India 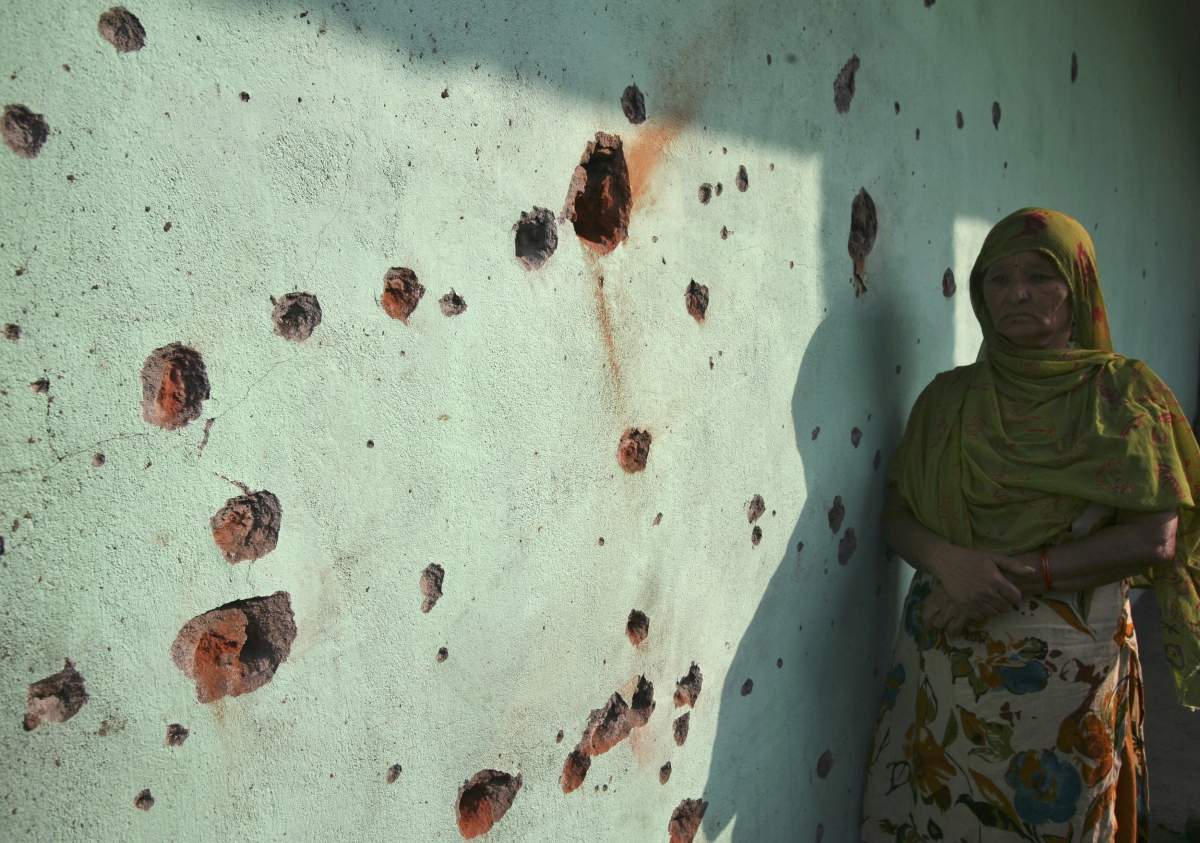 At least eight people were killed in villages along the Working Boundary in the bloodiest ceasefire violations by India this year.

“Eight people have been killed due to ceasefire violation by Indian border forces, including a woman and a child. Meanwhile, 47 were injured including 24 women and 11 children, 10 of whom are critical,” a military spokesman said.

India has violated ceasefire 143 times over the past three months in which 24 people have been killed so far. Previously, Security talks between India and Pakistan’s NSAs failed to take off, as bitter disagreements emerged between the two states over the agenda of meeting. India objected to National Security Advisor Sartaj Aziz’s planned meeting with Indian Kashmiri separatist leaders on the margins of the official negotiations.

UN Secretary-General Ban Ki-moon is monitoring the situation at the India-Pakistan border following the recent upsurge in violence along the disputed border and has urged restraint on part of both governments, and to take all feasible steps to ensure the protection of civilians.

UK to Provide $121.6 Million Grant to Partner up in CPEC 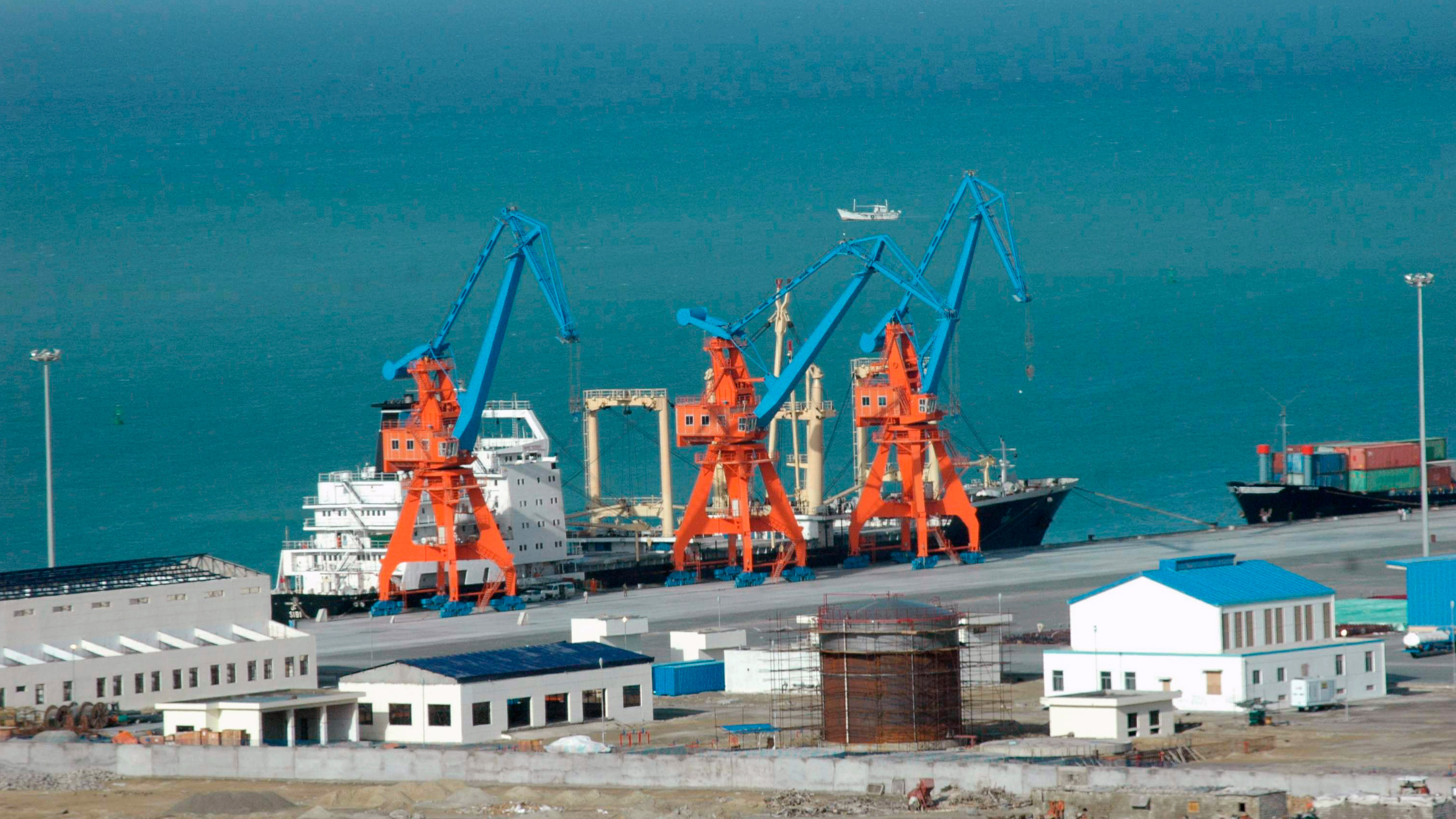 In a significant development, the United Kingdom has become a partner in China-Pakistan Economic Corridor, and has agreed to provide $121.6 million in grant to fund the construction of Burhan-Havelian Expressway.

The Asian Development Bank (ADB) and the Department for International Development (DFID) of the United Kingdom will co-finance the $327 million cost of the 59km-long Hassanabdal-Havelian Expressway (E-35) project. 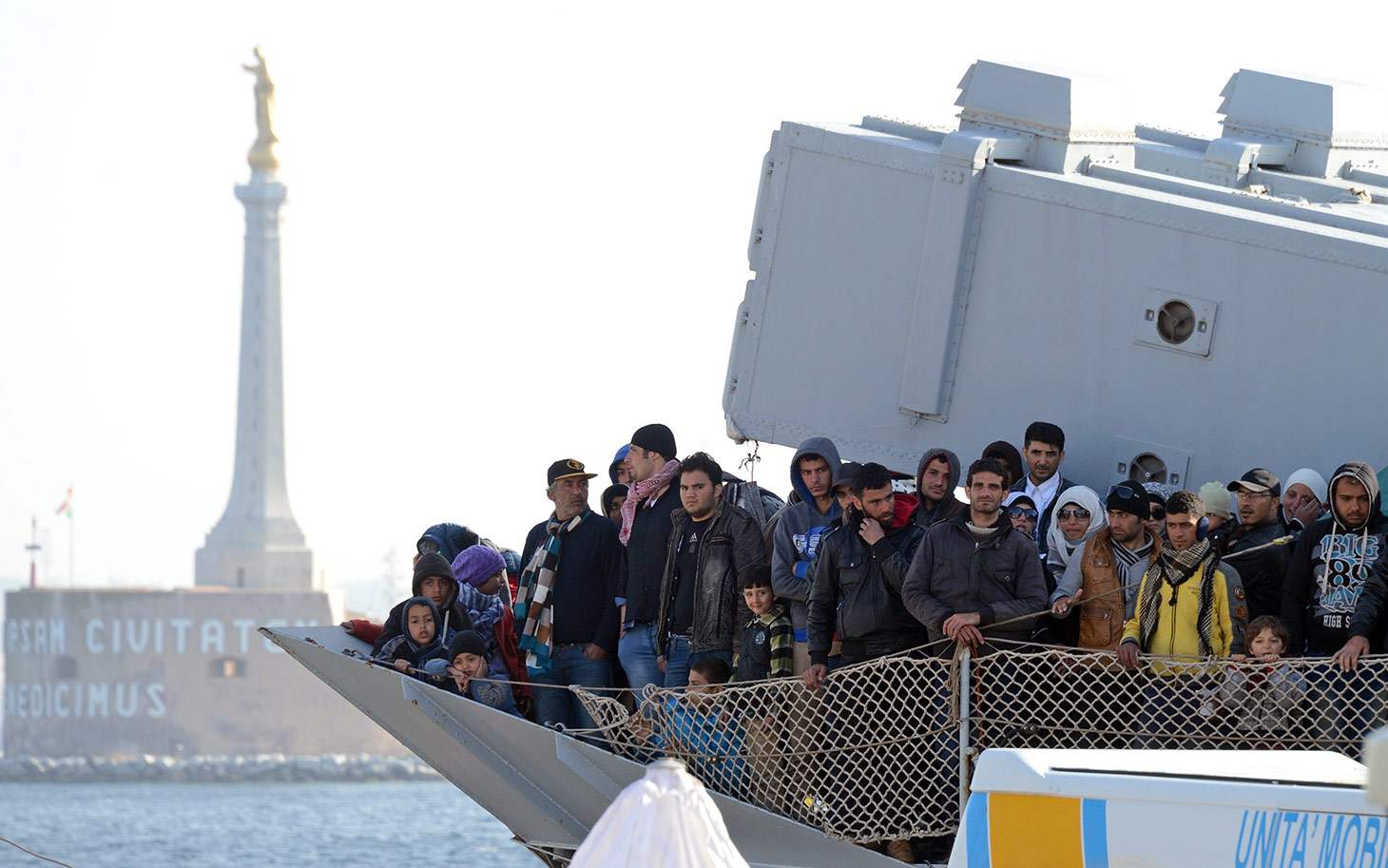 European Union ministers are summoned to meet in less than two weeks. Luxembourg, which holds the rotating EU presidency, called interior ministers from all 28 EU member states to a meeting on September 14 to seek urgent solutions to a migration crisis, unprecedented in the bloc’s history. The president was reported as saying: “The situation of migration phenomena outside and inside the European Union has recently taken unprecedented proportions.”

The number of refugees and migrants crossing the Mediterranean to reach Europe has surpassed 300,000 this year, up from 219,000 in the whole of 2014, according to the UN refugee agency UNHCR. 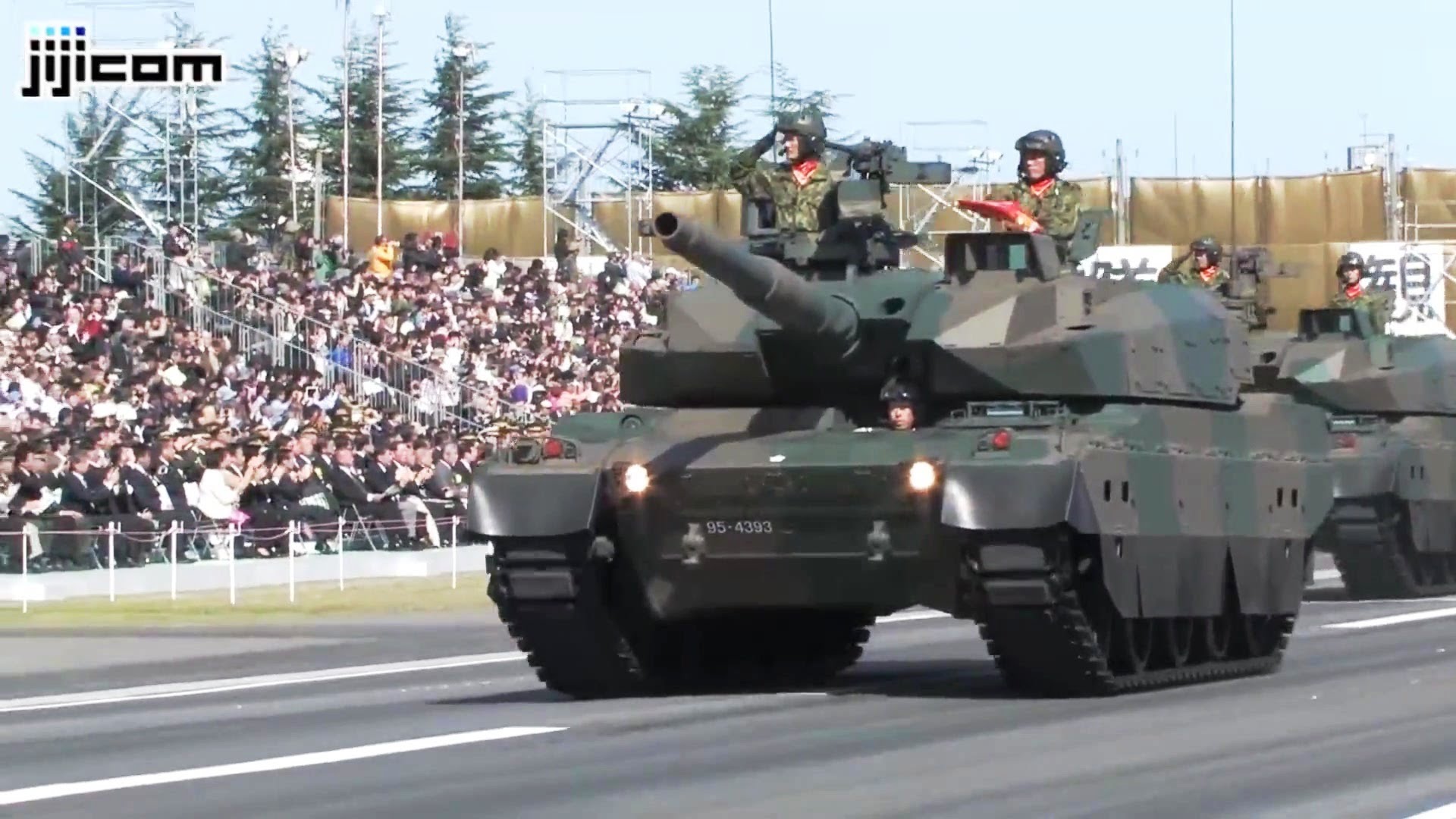 The  Japanese Ministry of Defense has asked for 5.09 trillion yen (£27bn) for the financial year starting in April 2016, amid concern over Beijing’s construction of artificial bases in the South China Sea, and its claims to the disputed Senkaku/Diaoyu island chain in the East China Sea. This would be the biggest ever defense budget, if approved.

This request for budget increase demonstrates a change in Japan’s security emphasis from the northern border it shares with Russia to its porous south.

Japan’s defense budget is still dwarfed by that of China, where military spending rose by more than 10% this year to £90bn. 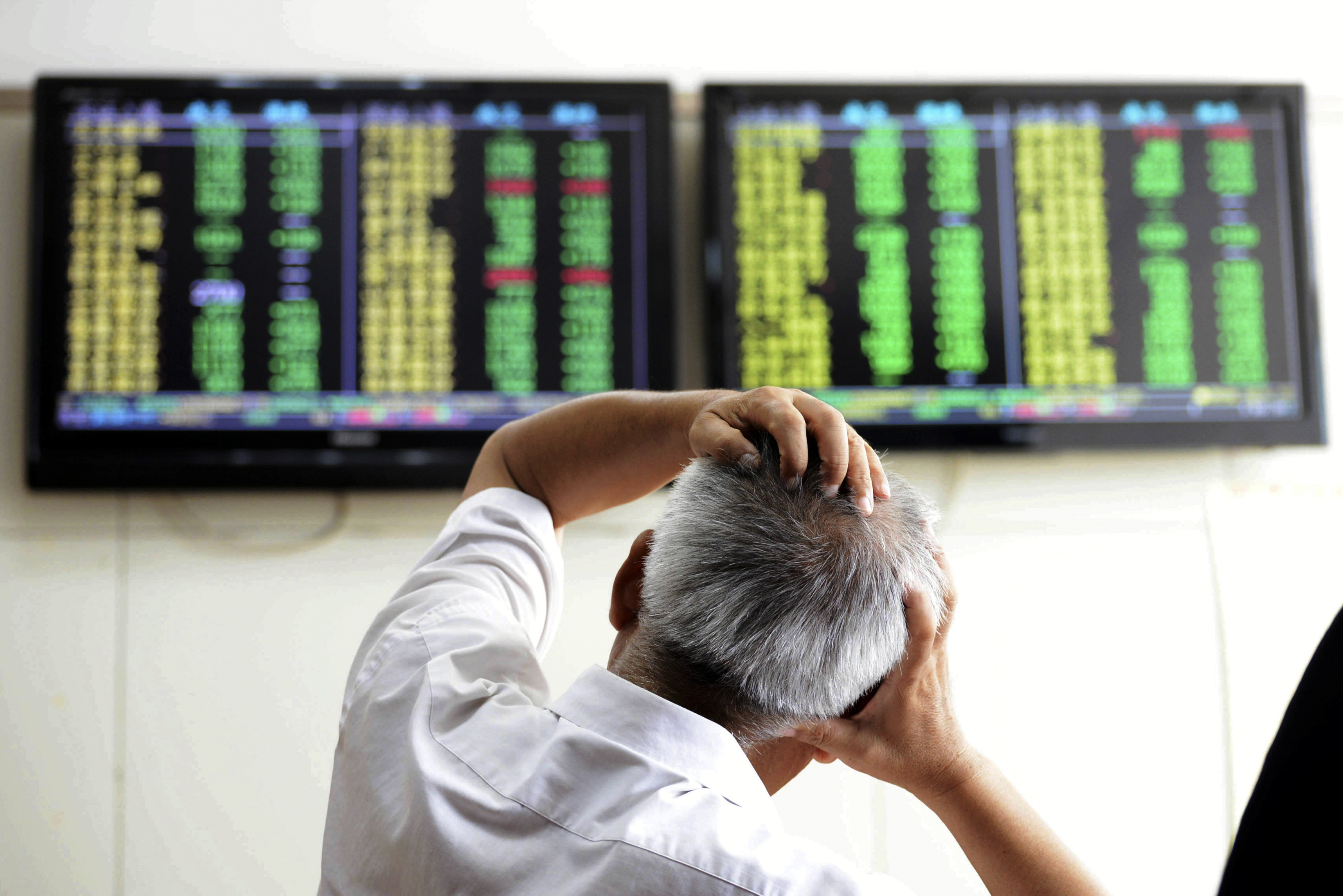 A Chinese stock investor reacts near a display for stock prices at a brokerage house in Qingdao in eastern China’s Shandong province Tuesday, Aug. 25, 2015. Chinese stocks tumbled again Tuesday after their biggest decline in eight years while most other Asian markets rebounded from a day of heavy losses. (Chinatopix via AP) CHINA OUT

As Chinese stocks reached an eight-year low during its so-called Black Monday on August 24, the effects were felt in stock markets throughout Asia and the rest of the world.

The collapse in Chinese stocks was fueled by mounting concerns about an economic slowdown, but it has fed into a wider sell-off in emerging markets. Asian shares hit a three-year low, and the recent sharp falls on Wall Street also led to a rocky day there. 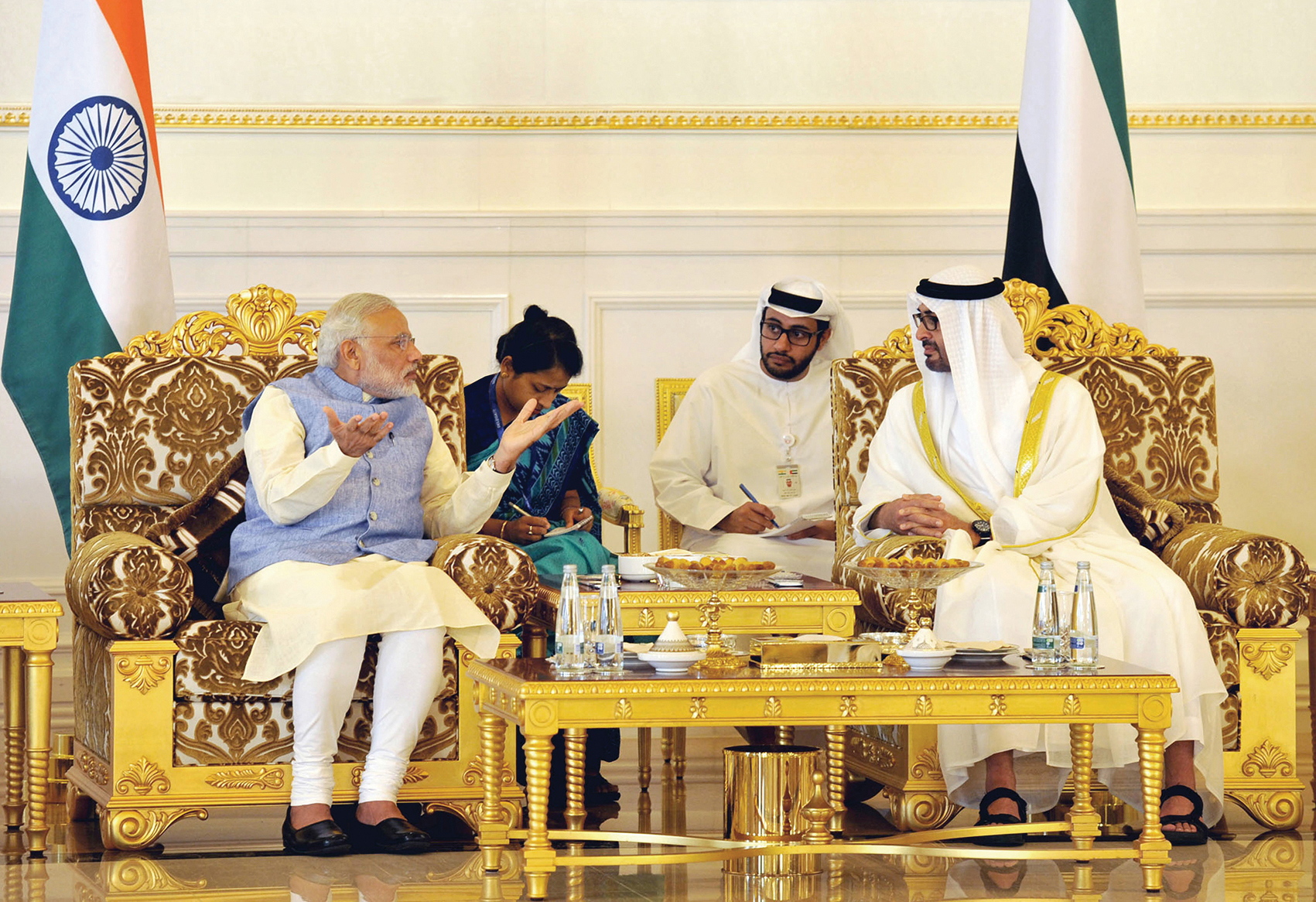 In this handout photograph released by The Indian Press Information Bureau (PIB) on August 16, 2015, India’s Prime Minister Narendra Modi (L) gestures as he speaks with The Crown Prince of Abu Dhabi, His Highness Sheikh Mohammed bin Zayed Al Nahyan during a meeting in Abu Dhabi. AFP PHOTO/PIB —-EDITORS NOTE—- RESTRICTED TO EDITORIAL USE – MANDATORY CREDIT “AFP PHOTO / PIB’ NO MARKETING – NO ADVERTISING CAMPAIGNS – DISTRIBUTED AS A SERVICE TO CLIENTS — NO ARCHIVES

On 16th August 2015, Prime Minister Narendra Modi began a two-day visit to the UAE, the first state visit by an Indian Prime Minister to the country in 34 years.

Both sides decided to significantly ramp up cooperation in a range of areas such as counter- terrorism, defense and economy. The two countries decided to set up a $75 billion India-UAE Infrastructure Investment Fund to support India’s plans for the rapid expansion of next-generation infrastructure in railways, ports, roads, airports and industrial corridors and parks.

Foreign Minister of United Arab Emirates Sheikh Abdullah Bin Zayed Al-Nahyan will arrive in India to participate in the India-UAE Joint Commission Meeting on Technical and Economical Cooperation to be held on 2nd -3rd September.