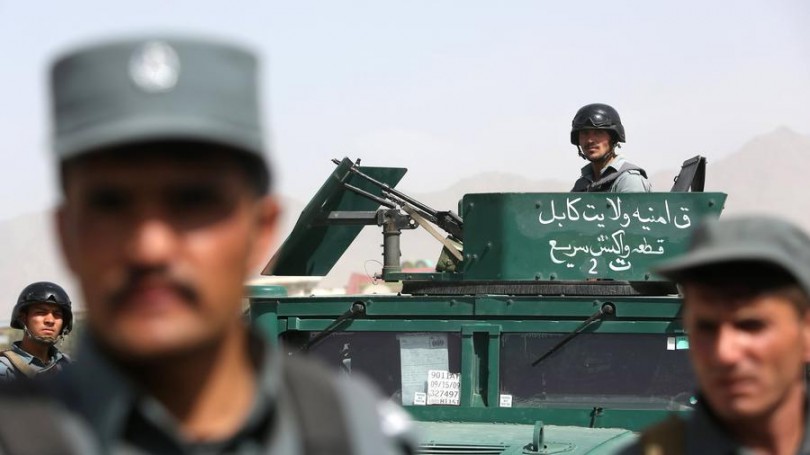 The cool breeze of Murree has certainly dampened the belligerence of Taliban. A dawn of prudent optimism arose when the first round of direct talks between the insurgents and the Afghan government concluded during night time at the scenic hill station.

The media dispatches of this collusion are hazy yet the details are suggestive of the fact that Islamabad has successfully broached in the fragmented Taliban, in an attempt to wean away the factions that desire peace. This disarray has dispelled the notion that Taliban is currently a monolithic entity as it was earlier. Mullah Omar’s prolonged absence from the battle turf has also re-enforced the perception of supreme leader demise amongst the insurgents’ top level hierarchy. In words of an intermediary privy to the Afghanistan militancy nexus, “The death of Mullah Omar is one of the world best-kept secrets, if true.”

Since the accession of Mr. Ghani, the liaisons between the governments of Afghanistan and Pakistan have taken a positive trajectory. Consequently, Pakistan has drawn the ire of Taliban. Excess entanglement with Afghanistan has soured the relations with Taliban to an all-time low.

It is an accepted fact that Pakistan is the primary arbiter in any peace process between the Taliban and Afghanistan. Independent bargains were struck multiple times by the Taliban Qatar-based political Shura, in an effort to sidestep from Pakistan’s shadow, but to no avail. In recent months, the representatives from Qatar delegation were hosted by Norway and Iran, independently, although the minus Pakistan formula didn’t help.

In words of an intermediary privy to the Afghanistan militancy nexus, “The death of Mullah Omar is one of the world best-kept secrets, if true.

It also affirms the belief that the ties amidst Shura members aren’t as rosy as depicted. The Qatari Congress has publicly refused to acknowledge the meeting arranged by the Inter Services Intelligence Directorate between ‘certain’ Shura officials and Afghan High Peace Council in the May 19-20 talks in Urumqi, the capital of China’s western Xinjiang region.

Likewise, the Qatari Congress also disavowed the aforementioned meeting facilitated by Pakistan in Murree. On May 8, Dr. Naeem Wardak, the Taliban spokesperson in Qatar, was quoted by a Pashtun website asserting that Abdul Latif Mansur, Ibrahim Haqqani, and Mullah Abbas, have no authorization to represent Taliban in Pakistan sponsored talks. A website, Voice of Jihad, ostensibly serving as the official propaganda mouthpiece of Taliban berated:

“Its failure to persuade the Islamic Emirate on peace talks has already shown the limits of its influence over the Taliban leadership. In order to compensate for this shortcoming, the Pakistani establishment has had to rely on ‘mid-level’ Taliban officials who can only speak in their personal capacity and have limited decision making capacity.”

[Hours later this article written by Dr. Hameedullah Zabuli, a member of Afghan Taliban, was taken down and reposted on Carol Anne Grayson blog.]

The Qatari Congress has publicly refused to acknowledge the meeting arranged by the Inter Services Intelligence Directorate between ‘certain’ Shura officials and Afghan High Peace Council in the May 19-20 talks in Urumqi, the capital of China’s western Xinjiang region.

The Roman essayist Plutarch, in his treatise, The Life of Alexander the Great, recounted the frustrations of the Macedonian king at the hands of supposedly inferior foes in Bactria, Scythia, and Sogdiana, the modern day Afghanistan and Central Asia. The mighty Persian Empire was already defeated by Alexander, but it took him another two years to quell the fiercest tribes of this arid mountainous region. Countermeasures solely relying on military means failed terribly. Entire Macedonians detachments were lost in ambushes, and Alexander himself narrowly escaped death, twice. Diplomatic outreach was eventually sought, and the warlords were tamed by the mighty Macedonians through marriage. Roxanne, the daughter of a tribal lord, Oxyartes, was formally bonded with Alexander.

The examples of yore are littered with examples of great nations humiliating themselves when they sought to conquer Afghans through swords. Deep divisions along ethnic lines coupled with more endearment to kinship over the country have made governance a gruelling task, if not an impossible one.

The process of strategic estrangement amongst the rebellious elements within the folds of Taliban should be continued with the aid of Pakistan. The Talib delegation in Qatar needs to understand that it takes two to tango. Mr. Ghani is a Ghilzai Pashtun and favours the policy of accommodation, unlike the previous president. Failure to ally with the saner voices calling for peace within Taliban can result in Qatar office abandonment and the establishment of a permanent Pakistan-based alternative negotiations setup.