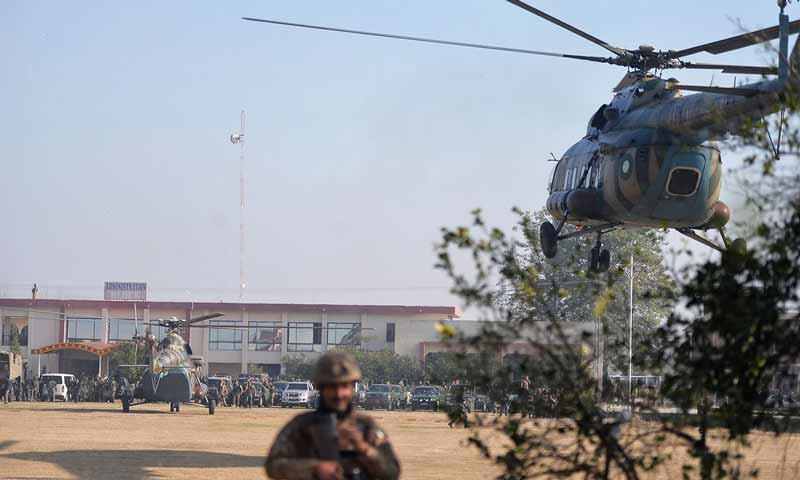 The year of 2016 has started with an ominous note for the nation of Pakistan. While the previous year was filled with euphoria of the end of terrorism marked by the decrease in militant activity, the New Year has seen a rise in militant violence. The most prominent has been the brazen attack by gunmen allied to Umar Mansoor’s Tariq Geedar group of the TTP on the Bacha Khan University in Charsadda leading to the deaths of 22 people and numerous injuries. The attack on an educational institution has traumatized the entire nation who had somberly mourned the first anniversary of the horrific school attack in Peshawar in December.

As mentioned earlier, side from shocking the world these attacks also seemed to have exposed the claims of having broken the “back of terrorists”. The university attack was preceded by other militant attacks, like the one on 13th January 2015 which saw a suicide bombing on a polio centre in Quetta, killing 15 and injuring many. In the Baluchistan province, an IED explosion by the Baluch Liberation Army caused the deaths of 2 coast guards on 9th January. It seems that militancy is resurging and the celebrations over a terror free Pakistan are premature.

The fault lies in many things, first and foremost in the government’s lethargic approach to tackling militancy. The much touted National Action Plan (NAP) claimed to be the panacea of the nation’s militant problems is yet to be implemented properly. NACTA, a government institute that would be the main force in tackling incoming terror attacks, and the fourth point in NAP, is yet to be operational and is caught in financial limbo. The government seems to have tried to implement NAP through formation of federal and provincial apex committees but has not been successful.

The armed forces were embroiled in a grueling and brutal campaign against militants in the North Waziristan region since 15 June 2014. While it has earned quite a few hard fought victories and has managed to neutralize TTP strongholds yet the TTP still remains far from defeated. Assaults by the state largely consisting of aerial strikes have resulted in many fatalities but the militant threat has been adapted by shifting into neighboring Afghanistan keeping ,much of its capacity to engage in large scale attacks intact.

Afghanistan has not fared well either in this entire conflagration. 2015 was to be a year of hope for the war battered nation as well as ISAF, handed over control to local troops amid stability and peace. However, it was marred with increasing violence from both local groups resisting foreign presence as well as from the Kabul government and its foreign backers. Nearly 70 districts are either under control or are being contested by the Afghan Taliban who too has lost its iconic leader, Mullah Muhammad Umar. Kabul has been rocked by attacks against the embassies of India, Pakistan and Russia. Daesh has expanded from its Syria-Iraqi stronghold to establish a Khorasan chapter in Afghanistan consisting of mainly Afghan Taliban and TTP defectors, and unleashed a host of savage attacks on civilian and military targets alike in characteristic brutality.

Instability in Afghanistan will always have a negative impact on Pakistan. The KPK province has especially been bearing the brunt of conflict in Afghanistan since the invasion of the landlocked state by the former USSR. Ever since the US led occupation, every terror attack in Afghanistan has been mirrored in Pakistan. Daesh through its Khorasan chapter has claimed a grenade attack on a local TV station ARY in Islamabad on January 13, 2016.

And this is a major flaw of the ‘National’ Action Plan; it fails to take into account of the cross border elements of militancy. Terrorism or militancy whatever it is called has become a regional issue as well as a global one. India too has been inflicted with militant violence which it often blames on transnational linkages as do Pakistan and Afghanistan. The only point relating to a foreign entity in NAP is the 19th one calling for repatriation of Afghan refugees which would be just throwing innocents into the fire unless the situation in Afghanistan is not resolved.

It is time for a Regional Action Plan. If Pakistan is to be free from the scourge of terror it is imperative for its vicinity to be terror free also. Pakistan and Afghanistan are embroiled in a war against the same enemy. The foe of Pakistan is the foe of Afghanistan and vice versa. It is essential for both nations to combine their efforts and cultivate security interdependence between them.

In case of such an alliance, Smart Defence is the way out for both Afghanistan and Pakistan. Smart Defence is a cooperative way of thinking, advocated by NATO about generating the modern defence capabilities that allied countries need for the future. In this concept, allies are encouraged to work together to develop, acquire, operate and maintain military capabilities to undertake the core tasks stipulated by the alliance.

The Afghan National Army (ANA) suffers greatly in infrastructure and capabilities. The most primary is the lack of air support as the ANA doesn’t have fighter aircraft and has a miniscule number of attack helicopters. Pakistan could help by providing air support in a coordinated manner and even donate phased out A-5 and F-7PG fighters for Kabul to utilize. Joint operations along the border would help defeat the mutual enemies of both states as well as help in cultivating a joint border control mechanism.

However to reach such an end, it is essential to build a firm and lasting relationship with Kabul. There are needs for compromise on both sides as well as the application of strategic patience. Any unilateral act by any side like airstrikes on the other’s territory could snowball into a more dangerous phenomenon than the current one pushing doves into the arms of hawks. Major Pakistani players need to initiate this process by delivering on both NAP as well as start working on a regional version in order to prevent another Charsadda style attack.