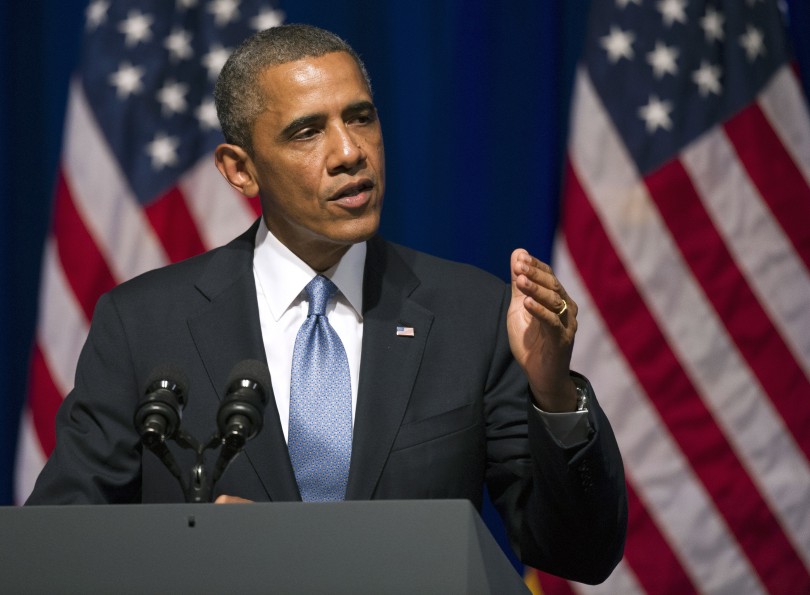 “Vigilantibus non dormientibus jura subveniunt” applies where one party fails to assert its affirmation and dedication to defend its rights. It may well be restricted to domestic application of native legal provisions, strictly within one state’s judicial domains, but it conveys a fair sense of what went wrong in the Iranian nuclear negotiations. The P-5+1 conglomerate displayed what may be termed as an affable posture to allow Iran a chance to accept the proposals floated to settle said dispute. Consequently, it was planned that imposition of sanctions would also be softened and eventually lifted in order to show signs of continued appeasement. Primary objective was that the US, and her allies would not adopt their conventional policy of gunboat dominance and this time would offer more than just military action. Docility in behavior starts with the US accepting to let Iran rethink its policy framework concerning her controversial nuclear program, and while economic restrictions would remain in place as contingency, there would exist several windows of opportunity for Iran to revise its posture, if possible. Iran, on the other hand, continued to assert that its nuclear program was well within its commitments to the IAEA safeguards mechanisms, and restrictions on certain facilities was also a right granted to Iran by its implemented safeguards mechanisms under consultation with IAEA. The cherry on top was the Iranian Supreme Leader affirming that nuclear weapons have no place in their religious state stance as indiscriminate weapons are not what they endorse officially.

Joseph Nye had indicated on several occasions that for a state to secure maximum relative gains, it must employ a combination of soft and hard power postures.

For the US, there was little margin to play with. Obama signaled a change and not just as an election campaign but as a national policy directive. Joseph Nye had indicated on several occasions that for a state to secure maximum relative gains, it must employ a combination of soft and hard power postures. His view for the US was that it is a state that has the ability to maneuver between these two stances, and whenever it seems that the US is somehow ‘declining’ or being ‘replaced’ in global political order, it somehow manages to keep its position through revised doctrinal amendments. So if it is true, then in case of the Iranian nuclear thresholds, the US should be employing diplomatic appeasement with economic provocation. The idea is that US would be able to force out a favorable conclusion for all stakeholders, and eventually settle the dispute once and for all. What Nye terms as ‘Smart Power’ seems to be active with surgical precision, as it not only brought Iran to the table but also concluded what could be termed as a win-win situation. Then comes a reality check; the June 30 deadline approaches and it is revealed that Iran and P-5+1 were not as ready to actualize a practical disposition of contracted agenda, and must resort to impose another deadline to the deadline. So a third extension is implemented, and July 13 becomes a final date for conclusive agreement. Javad Zarif and John Kerry, along with other diplomats and negotiating teams seek to chalk out a policy framework that benefits all the stakeholders uniformly. That being said, there is still a lot to bargain and quite interestingly, state parties have attached such instances to their national interest, meaning that there would be continued obstinacy. Iran claims that sanctions should not be gradually lifted but they are to be removed immediately while the US asserts that Tehran be more compliant to inspections on sites mentioned in the brief. The dispute, in summary, becomes that in exchange of permitting inspections, there would be elimination of economic restrictions. However, in this quagmire the obvious assertion is that there might be one party that has failed to assert its right in a manner suitable to case in point.

Iran claims that sanctions should not be gradually lifted but they are to be removed immediately while the US asserts that Tehran be more compliant to inspections on sites mentioned in the brief.

The prime question that surrounds this entire negotiation can be defined in terms of “chicken game”, where Iran and the P-5+1 have decided not to yield to demands of the other, and have resorted to stall dialogue as much as possible. The aim for the US is to exhaust Iran financially, and forcing it to give in while Iran offers a more indirect approach; the presumption that with every passing month, Iranian nuclear capabilities would be enhanced as enrichment of fissile material continues to endure on its steady course. This implies that with every delay, Iran acquires gradual enrichment till eventually, it would have weapons-grade uranium in its stockpiles, ready for diversion to a military end. Nevertheless, Iran disavows such assertions and claims that it has no intentions to opt for a military dimension both religiously and officially and plans to keep enrichment to more agreeable margins to be utilized for civilian purposes. A noteworthy indication is that even though Iran remains seemingly compliant to its international nuclear commitments, the clandestine nature of some of its facilities is troublesome, as it includes certain non-nuclear facilities to which Iran either restricts inspections or allows partial examination. The chicken game dictates that in the Geneva deadline extensions, both negotiating parties are trying not to give way so as to preserve their international image.

The presumption that with every passing month, Iranian nuclear capabilities would be enhanced as enrichment of fissile material continues to endure on its steady course.

Obama administration, under principal guidance of Secretary of State John Kerry, has indicated that it does not allow an indeterminate time for negotiations but does not indicate what it would do if negotiations collapse. European negotiators, predominantly Germany, have the Greece Crisis diverting their focus towards their own regional degradation so their prime emphasis is on meeting an amicable yet comprehensive mechanism for practical implementation before they can no longer keep up with this framework. Iran, however, remains calm and tends to assert its claims with much resilience, making sure that ball remains in the court of the P-5+1. This indicates that Iran expects a win-win, whereby if P-5+1 back out from negotiations then Iran has ample justifications to divert blame, and if negotiations are hastily concluded to a working mechanism, Iran would be able to secure maximum leverage as it did throughout these rounds of talks. Delay in resolution means that Iran’s nuclear ambiguity becomes cemented and success in negotiations indicates a much needed economic relief. Either way, Iran has a fair chance of succeeding as compared to its negotiating counterparts. However, the assumption that US somewhat ‘chickened out’ is not entirely true, though momentarily detectible. Economic sanctions have weighed down on Iran harder than expected believing that Iran is an oil producing state. The notion that Iran could sustain an economic onslaught might be apparently visible but in reality, it has Iran quite perplexed. Iranian Rial has excessively depreciated, and unemployment coupled with inflation is wreaking massive damage to Iranian domestic sustenance. Its political impact however, is noteworthy; the Ahmadinejad style of governance, signaling its affiliation to a similar political aggressive behavior of Iranian Revolution of 1979 has been thwarted and Hassan Rouhani with a more passive image has been elected president. Further political alterations cannot be easily detected because they are compartmentalized and secluded from international view but consistent economic degradation can bear down heavily on Iranian political structure.

A noteworthy indication is that even though Iran remains seemingly compliant to its international nuclear commitments, the clandestine nature of some of its facilities is troublesome, as it includes certain non-nuclear facilities to which Iran either restricts inspections or allows partial examination.

The prediction that US has somehow lost to Iran is a fair assumption, if the issue is viewed superficially. This is a display of competing ideologies where both states display a smart power application, and not conventional diplomatic procedure. Negotiating concerns are inflexible as long as this rigidity serves their desired objectives, in the event that a fair proposal is made, inflexibility would swiftly be converted to tractability, and then an accord shall be concluded. Obama administration is willing to make its mark before 2016 presidential elections, and for them time is of the essence, and even if Iranian president has a fairly longer term in office, his compromise would be consistent economic degradation, which might cause a political upset. For European states parties, priorities are swiftly changing as their regional dynamics demand them to revisit their focus. Any military adventurism or aggressive activity could lead to closure of vital trading routes that can trigger global economic meltdown, which remains unfavorable to all stakeholders. Iran might have asserted its right with more rigor as compared to its negotiating colleagues, but the US and her allies command a more vibrant international presence, which raises stakes for Iran higher than its capability or endurance capacity. If delay eventually leads to Iran hypothetically attaining a nuclear weapon threshold, the surrounding geostrategic layout of Gulf would mean an increased financial pressure on Iranian economic fabric, and further deadlocking through regional deterring contenders. Negotiations will continue to see ebbs and flows in its proceedings, and might even be suspended temporarily in accordance with conventional dogmatism but there would be another round of talks initiated to undermine military action. Obama administration might have lost their initial footing but they are still commanding a dominant position as a nuclear Iran might also serve their interests to keep Central Asia and the Gulf in check.