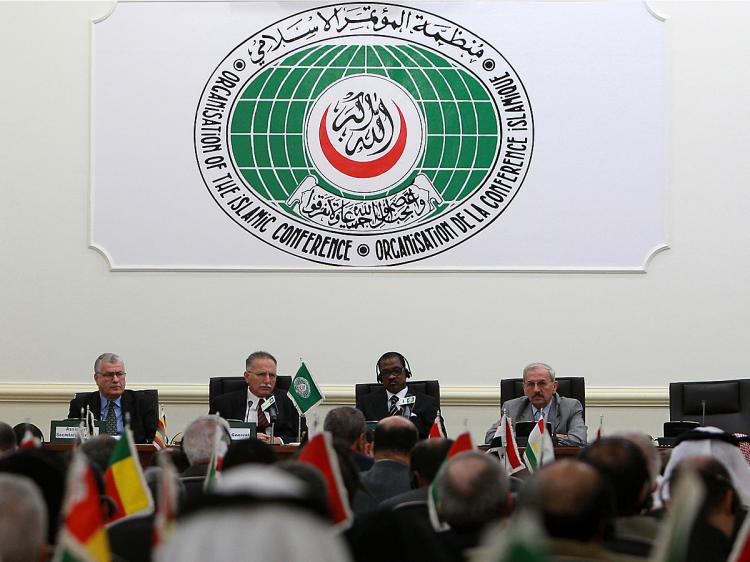 The current map of the modern world consists of states that are mostly fragments of colonial disintegration, bloody wars or islands discovered out of sheer human curiosity. With the maturity in the functioning of the states and the overall political structure of the world, the sane thinkers along with the practitioners of law and public advocacy kept on encouraging ways to ensure that the countries stayed at bay and yet close to each other by being bound under a spell of truce. Peace and conflict are more like the two sides of the same coin and in case a conflict arises there is always the road back to redemption, though this might not seem to fit the modern day security dilemma faced by the international actors. To assist and ease the generally complicated matter of keeping the neighboring states calm, platforms have been developed to peruse the set objectives with consent of the majority. Hence, the amalgamation of numerous treaties and the increasing necessity of global interaction, the Intergovernmental Organizations (I.G.Os) came into existence, with the United Nations beating as the heart of all I.G.Os.

Varying in function, scope and criteria, the family of I.G.Os has grown into purposeful organizations that cover the fundamental aspects of the global world. Based on the core fundamentals of the founding charter or treaty, these international bodies work to ensure stability in different sectors, like conflict resolution or negotiations, international cooperation, human rights to economic collaboration and environmental protection, are a few from the list of specifically operational organs in the international politics.

But every few of these organizations enjoy the liberty of entertaining on the bases of religion and socio-politics simultaneously. Islam is the religion of fifty-seven states of the world, with some already being the member of United Nations. The organization’s history cannot be disregarded because of its relevance with the current state of most of the “Islamic” world. The members of this organization include both smaller and bigger states in which some are the resourcefully rich countries of the world and have a lion’s share in the world’s energy sector as well. Named as the Organization of Islamic Cooperation (O.I.C), this body officially registered itself in 1969, in a meeting called under the late Saudi King Faisal, with the representatives of almost twenty seven of the Muslim countries in the Moroccan capital Rabat. Signed and formed to preserve the Islamic values or the “Sunn’ah“, inter-state solidarity and prosperity, safeguarding the economic and cultural heritage, the members vowed to empower the fellow Muslim states while playing their role in the international community. Since then, the O.I.C has held twelve conferences along with three being the most extraordinary summits. The symbol of O.I.C’s presence in Pakistan still stands tall amidst the Charing Cross in Lahore. Late King Fasial and his Pakistani counterpart Bhutto were perhaps the only two visionaries the O.I.C ever had. Their commitment and suggestions to work for the betterment of the Islamic world seemed idealistic but had both lived a little longer, the O.I.C members would have been significant players internationally, the two along with Muammar Gaddafi went on to suggest a standard monetary system for Muslim countries, making trade and other dealings easier whilst making the West gradually accept one currency. Kashmir and Palestine were considered the matter of heart by O.I.C. All of these ideas however, are now in the grave and the implications of disregarding those ideas speak as a proof.

Since the last O.I.C summit that was hosted by Cairo, many of the Muslim counties have undergone complex changes both in their external polices and situations at home. Pakistan’s anticipation to gather the leaders of Muslim world for the O.I.C’s Summit due this year have apparently been brushed under the rug. Some reports suggest that the event has only been delayed until next year, others say it has been cancelled. The rationale behind the summit’s impediment could be the “busy” schedule of most of the key members like Saudi Arabia, who is currently involved in Yemen and further activities of the member Gulf States. Whatever the cause, the summit’s host; Pakistan has never been more secure for a high level meeting; hence one cannot blame nor doubt Pakistan’s ability to provide a pleasant atmosphere for such a conference. As for the possible rumors of cancelation, the only sound explanation can be the invisible divide that persists within most of the Muslim countries. Bearing in mind the list of inter-member disparity, is their stance on different matters, such as Syria – where Iran stands up for Assad, Pakistan’s refusal to assist the Saudis in Yemen was not taken well by most, the ideological tussle between Iran and Saudi Arabia and many more scroll of happenings. Although the customary remarks made by members for each other give the image of “all-is-well”, the situations and reactions clearly differ the reply. Keeping the Middle Eastern members aside, others like Malaysia and some non-Arab countries continue to avoid getting involved into the mess of conflicts and are rather determined to work on social and economic development within. The current picture of the Muslim World, itself highlights the urgency to not only hold a meaningful summit but also a result-producing O.I.C meeting. Countless incidents demanded the attention of the Muslim leaders, who in the eyes of the rest of the international community failed to show up and acted as silent audiences. The earlier mentioned crack within the member states is an indication of selfishness and preference of individual benefits. A lot of grave issues could have been discussed on a single platform, if the O.I.C had commenced this year. Chances to chat away complains, reassurances of future cooperation, joint concusses over matters pertaining to urgent issues of the troubled states or general global issues, all of these –if not resolved , least could have done a huge PR favor to the Islamic counties; particularly in the eyes of the West. The pros and cons of the summit cannot be weighed, since the inactiveness of O.I.C as a second largest organization after UN, should be a worrying matter as such laziness could have dire implications and give rise to question about its role and legitimacy to refer itself as an I.G.O.

O.I.C as a Muslim collaborative organ in the international community acts as a gate to the international political community and hence it was the prime reason for its formation. After 2005’s summit in Makkah, the passed bill allowed non-Muslim states to participate as non-member states or observers, and counties like U.S, France appointed their special envoys to O.I.C to stay in the loop. This fact further strengthens the O.I.C’s potential to become a significant organization which is capable of working not only within the members but at the same time ensuring pacts signed safeguarded the Muslims settled in the West while reaping the benefits the West has to offer. With terrorism at its peak, the joint “Fatwa” issued by the council of Muslim scholars from all sects, denounced any form of killing in the name of religion but till date no O.I.C summit failed to break the mindset that divided the Shias and Sunnis. Though, now with declassified evidence, Pakistan found out the source of funding that kept aiding the local radical preaching “madrassa”. Mentioning the possible reasons for divide above, such acts that work against another member state should have long been discussed and protested against, but given the fact that the Kingdom acted as a “sweet” escape for the current Prime Minister of Pakistan and partially for Musharraf as well, such attempts to hinder the normality of Pakistan have never really been openly vented about.

Situation since then has changed drastically, and Pakistan has risen above the disturbing matter of terrorism, threats however remain active, though not the same can be said about the other war-torn members. Pakistan as a member state stands out owning to its military capability and nuclear assets while still being the leading member in providing labor force to the Middle East and at the same time cooperating with other member states alike to ensure cooperation in all sectors remains active.

So far, the O.I.C has failed to resolve or even improve the condition of its injured member states. Apart from aid in case of natural disasters other diseased parts like war or famine have been mostly ignored. Not much in assistance has been provided to the refugees fleeing the war torn countries. Iraq’s invasion and many others after that have not been protested nor thought over by O.I.C as such. In this case, the O.I.C should have called upon urgent meetings in regard to manage the unfolding situations and made serious efforts to negotiation between the rivals to ensured stability while working with the West. Long term plans should have been set to deal with worst situations and more cooperation in terms of security. A clause could have been added in the charter forcing to revoke the membership of any state, if found involved in the internal matters of other member states and that the O.I.C made sure that no grudges are held against the elected ruler of any country. The loss of vision by O.I.C and Muslim world in general pertain to most of the issues currently faced by the counties.

It is apparent that the O.I.C has disappointed the troubled member states while it solely came into existence to ensure peace and cooperation among and within countries. So far, the O.I.C is becoming a fading organization which is least keen to resolve the urgent matter of security within, putting much of the Islamic world to shame and losing its relevance as important component of the Muslim world. Individual actors now care less about “Muslim Harmony“ and with “Islamophobia” on the rise, O.I.C needs serious reforms if it wants to continue its working as an I.G.O. Only the leaders of the member states can take the initiative of reinventing O.I.C into its full glory, one that the Late King Faisal dreamed of, else it will only be read about in history books.