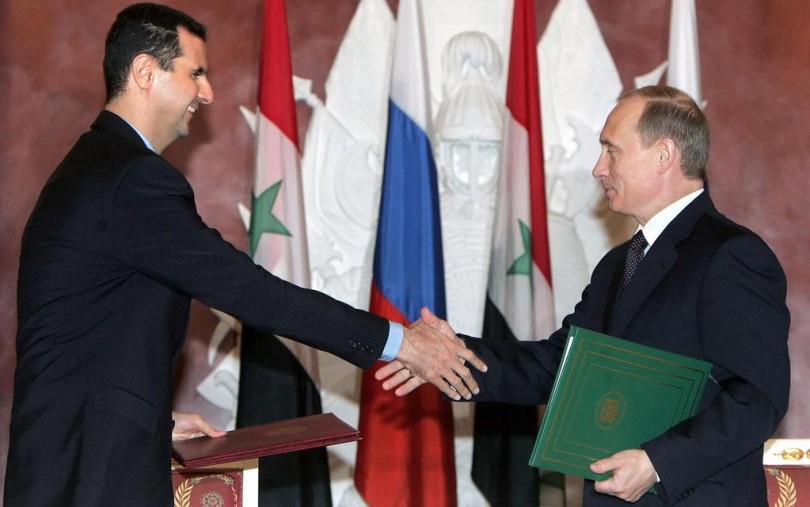 The vast, oil-rich deserts of the Arabian Peninsula have long gained the limelight in the international community and conflicts are not alien to the land of the Bedouins. The strong traditional tribal way of governance that later turned into kingdoms has given birth to currently the most politically and militarily active actors in the global politics. The region was put on the track of modern development by the westerners who made landmark discovery of crude oil buried beneath tons of sand. Hence the term “Middle East” was coined by the westerners who exploited the natural resources of the region. Comprising mostly of the Arab states, the area and its dynasties together are still the main suppliers of oil to the rest of the world. The oil-tied diplomacy formed the Organization of the Petroleum Exporting Countries (OPEC), which now is one of the most weighted factors in the stock exchange of the world. With the blessing of crude oil, immense wealth has transformed the region’s wilderness to a fascinating skyscraping oasis.

Most of the Middle East is still ruled by monarchs but this has not stalled the royals of keeping in tuned with the rest of their counterparts. With improving situations at home, most kings and their heirs were educated in the West. Though they returned home to the traditions, they grasped the concepts of contemporary politics. The 1948’s Arab – Israel war was a setback to the region’s defense capabilities, which today has excelled beyond that historic loss. Regional rivalry later emerged in the 90’s with the Gulf war but until the recent years, the states remained united in the serene brotherly bond.

The otherwise peaceful and habitable Middle Eastern city of Baghdad saw the horrors of foreign invasion in 2003, with the U.S’s mission to free the people from Saddam’s dictatorship.  The country now has little democracy running in the streets while the after-spill of chaos haunts the people in forms of religious terrorists, which are now beyond the control of the any country. Since then, the military spending of neighboring states has seen a boom which is now being put to use for experimental defense policies. No conflict in the world’s recent history is spared of the U.S – NATO block being involved on one side while the Russians consider it a moral obligation to counteract them by joining the other side. This complicated web of conflicts sees no end as the international law seems to be an ineffective tool, merely existing to facilitate the few actors of the world. Keeping history and all the laws aside, the analysis on the current situation of the region is a convoluted matter itself, as every side tells a different tale.  From the fall of Libya’s Qaddafi to failing Assad’s regime and the Saudi operation in Yemen, each confrontation has brought the region to the brink of destabilization which has left the much concerned international community in deep turmoil.

Syria witnessed an internal uprising as an off-shoot of the Arab Spring in 2011 against the Ba’athist government. The Arab Spring had the support of most of the western democratic nations of the world; the results however were uncalculated both by the supports and those who started it in their perspective countries. The general scenario of the country before the uprising is often ignored by those who demand end to Assad’s rule. Syria was a tourism hot-spot, contributing to the country’s income along with oil and gas production. The literacy rates were impressively high and basic life needs were reasonably affordable and widely accessible. The uprisings turned violent and since then the situation has turned into a serious political and humanitarian crisis. The spring for an effective democratic system twisted into a civil war, in which Syria was abandoned by most of the countries. The closest allies then left were Iran and Russia.

With little support, Damascus has become the new political play ground for the United States and Russia. CIA’s plan to fund and train rebel fighters against Assad and his military is one huge blunder, as for such covert operations in a foreign land have never proved to be the right move since monitoring the elements is not an easy task. The Syrian government’s contact with Kremlin is perhaps the only backup the military has. The air offensive launched by the Russian SU – jets have been locking their targets on ISIS strong holds including the U.S trained rebels, and the ground bases are guarded by maries. The White-House on the other hand did not expect Putin’s bold statement regarding their role in Syria. Now reports of calling off the CIA’s rebel training program are being put under tough consideration leading to a possible halt in the operation. The U.S must remember that the ghosts of such funded rebel groups come back to haunt the masters, similar to the case of the Taliban and Al-Qaida.

A destabilized Syria will be of much more pain to the U.S and neighboring Gulf States in particular, the heat can already be felt in terms of the refugee flux. One disturbed state is like landmine for anyone who steps on it, regardless of the intentions. Assad’s regime and the years before the uprising were far better than the now bleeding and gruesome Aleppo. In the rare media appearance of the isolated President, he warned the West of his complete lapse. Political reforms do not take place under the pressure of weapons and cleverly planned events to create the desired environment. The U.S and its allies should know the democracy for some countries is as unfamiliar and unfitting as life on the moon. If the above mentioned case was true, America’s oil – buddy; Saudi Arabia would have long become a democratic state. The Russian bear now vows to clear out elements that stand against Assad’s regime while feeding its own benefits along the way. In this way, the comradeship with Assad remains intact while it bets the western front. The rather disheartening yet realistic image of Syria remains to be that of a wounded country for which the road to rehabilitation will be the toughest battle, regardless of the cleaning spree by the Russians. The firm stance by Putin over Syria has left another not so Assad-friendly state in trepidation. Riyadh officially wrapped up its ties with Syria in 2012 by expelling the ambassador and closing its embassy in Damascus, but the recent visit by the young Saudi defense minister Salman, showed the concerns posed by KSA. Though Salman and Putin stated that they have a similar mission in regards to the situation, the Saudi’s still see the Russian involvement as a threat to the Arab nationalism that is indigenous to the Middle East while seeing their dream of ousting Assad’s regime being shattered. The conservative verse secular mindset between the two states is deep and with emerging threats like IS and other terrorist buds in Syria, it has made Riyadh lean to the more powerful Moscow and its expanding, realistically driven approach. The underestimation by the West of Putin’s influence to drive the situation in Syria was perhaps a mistake of which now the U.S cannot find an excuse for even with its arms supply to the rebels. The chess game in the Middle East has a new macho and experienced player and only time can tell who wins the most rounds; if China joins Russia in the game, the complexity will surpass the sanity of the common.

After Syria, the other U.S – Kremlin free conflict trigged in the southern end of the Arabian Peninsula with the start of the year 2015. The region’s largest country intervened in Yemen in response to the requested assistance by President Abd Rahhuh Masur Hadi against the Houthis.  The increasing military might of the Gulf States, particularly of the K.S.A itself, the U.A.E and Jordan gives the indication of the countries’ growing insecurities. Western dependency by the Arab states is decreasing and remains only to the extent of military exchange to gain advanced weapons. The coalition to fight against the threatening Houthi rebels comprises of nine states that hope to contain the fighters and restore peace in the country. The inexperienced Saudi defense minister launched ground offensive, dictating the country’s first foreign invasion in the books. Collateral damage by the hands of the forces have brought the incompetency of the Arab forces in the international headlines while it faced serious backlash of starting the war when citizens of other countries where trapped in Yemen. The Kingdom has itself created a wild fire, while its border with Iraq also requires watch. The Saudi’s also blamed Iran for fueling the Sunni – Shia divide, which by them is considered to be a more alarming factor. With some referring to the crisis in the Middle East as the third world war, the Saudis and their coalition partners are in for a long war and regional arms race without much consideration of the harm that comes with such initiatives. National defense is a long thought concept, from which most of the players considered themselves to be immune.

Conflicts create humanitarian crisis which requires the urgent attention and the world is always left coping and adjusting to the aftermaths of the war.  Now that the Saudi-boots have landed in Yemen, the region can no longer be safe from future conflicts that will last longer than the previous inter-regional clashes. By the time the Kingdoms learn the art of modern warfare and logical decision making, most of the fire would already be in their backwards. With a growing military power, the King needs to understand, comes a greater responsibility of handling it.  For now, the concept of “Al’iikwa” has lost the meaning for the innocent Yemenis and a destabilized country is their harsh reality.