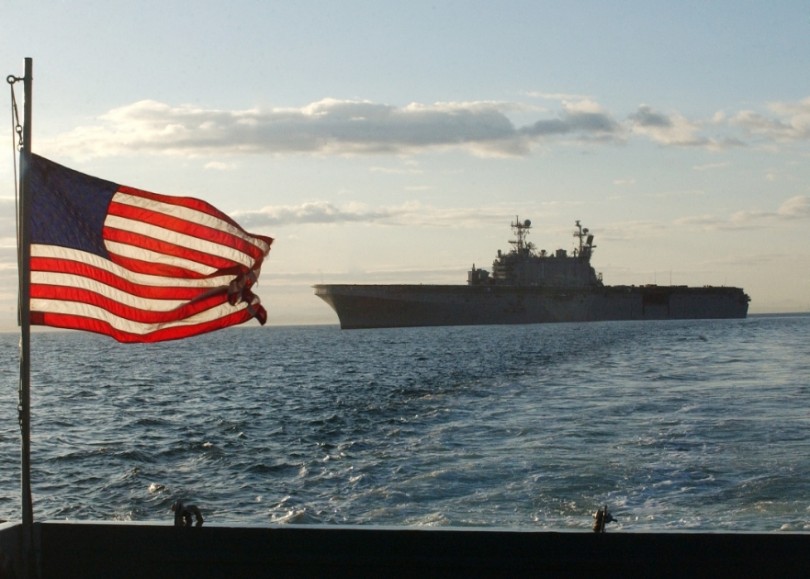 At the end of the cold war since President George H. W. Bush’s administration, the US authorities have been striving to counter the issue of China’s rise. However, military commitment in Iraq and Afghanistan post 9/11 kept the USA occupied and thus it was unable to devise a balanced policy to massive China’s challenge until the resumption of headquarters by President Obama in 2009.

The Obama administration’s inventiveness is referred as US key movement or rebalances towards Asia Pacific. Imperative consideration draws attention to the fact that USA will review the governments in the Pacific region. Recapturing U.S prevalence in matters of economy with ceaseless backing over law and US democratic values as well as implementation of security in the region on request. The achievement of this standard transformation of key arrangement in Asia Pacific was launched with president Obama’s administration homecoming to Asian procession. On assuming control over the organization, Secretary of State Hillary Clinton and President Obama embraced a surprise excursion to Asia Pacific (for most part, US dignitaries on continuing office, lead first trip to European associates) conveying a solid message that the USA is back in the undertaking of Asia Pacific with US’ first Pacific leader to direct them.

Today times have changed and China is close to the level of competition with the U.S. USA being economically dependent on China, is in a position where there can be no conventional war. It is now projecting its power from Atlantic to the Pacific to create a parallel containment for China. John Mearsheimer, proponent of offensive realism describes this expansion of power done by the U.S. in order to contain China. USA is making alliances with other countries and spreading a net of influences all over the Pacific to ensure its power and to increase its influences.

Rebalancing: a Choice or a Necessity?

The monetary emergency of 2008 handicapped US economy and debilitated US authority everywhere throughout the world. Also in that unverifiable monetary circumstance, recently industrialized East Asian states kept up moderately prosperous economies. US required strong associates to back its authority. As in the history, America’s need might have been “Europe First” yet now it’s “Asia First” in view of Asia’s monetary blast. This district contains a large portion of the world populace and one quarter of the world’s GDP. Indian and Pacific seas are key drivers of world governmental issues and markets of Asia can give US extraordinary financial open doors.

Second purpose for US movement is that Clinton’s government saw China as a key accomplice while the Bush organization considered China as a key contender. Hence it was a branch of Bush’s policies aiming to reduce China’s energy while making equalization.

Third reason is that U.S needs to guarantee free route and ocean transport in this locale, on the grounds that more than 50% of the world exchange passes through this area. Strait of Malacca is a standout amongst the most imperative oceanic choke point. So US needs to reconnoiter these oceanic’s courses with a specific end goal to guarantee free developments.

Fourth variable is that in the history of US, it has happened for the first time that US is closer to energy creation and along these lines it needs to lighten its foot shaped impression in Middle East. So Asia Pacific district is not just deliberately an essential bit, it is additionally economically imperative for US. Consequently this district has been an alluring spot for venture, exchange and numerous different business operations. 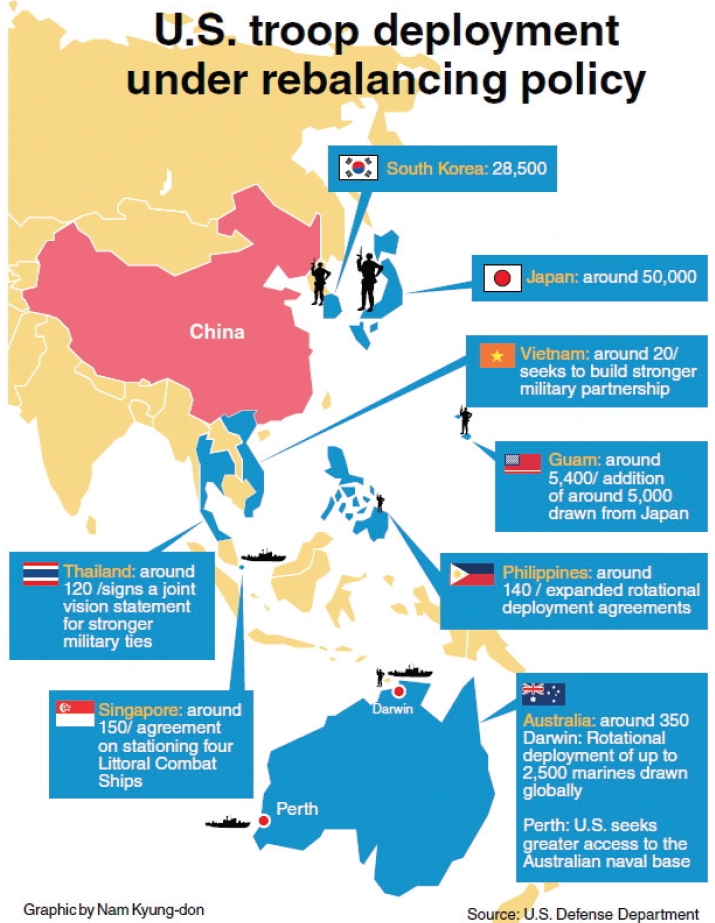 In the past China viewed itself as a poor and struggling nation. It was not false unobtrusiveness. In any case since the recent three decades China has risen in terms of monetary power not just in the district but also globally. From 1979 to 2013, China’s GDP developed as a normal of give or take 10% yearly. China has been developing as a major worldwide monetary force. It is now the largest construct, merchandise exporter and possessor of foreign exchange reserves. China now is the biggest economy force surpassing the USA.

China’s quick economy development has prompted considerable increment in a two-sided concurrence with the USA. As per USA exchange in sequence, cumulative exchange between two nations urbanized $5 in 1980 to an evaluated $558 billion in 2013. China is the second biggest exchanging accomplice of the USA. Numerous business men are gone to China’s blasting markets so as to offer their merchandise.

Moreover, China has likewise started some sub territorial ventures, for example, the Greater Mekong, the Merging of Beibu Gulf Economics Rim, the Nanning Economic Corridor, the East – West Economic Corridor, the River Regional Cooperation Operation, Regional Comprehensive Economic Partnership (RCEP) and Balancing Economic Growth and Environment Protection etc. While making progress in financial relations, China has bit by bit turned into a full dialogue part to nearly all the Southeast Asian political, monetary and security administrations. The way things are currently, China is essentially a variable that no Southeast Asian agenda can stand to disregard.

China longs its approach towards the Southeast Asian countries, ought to bring prospects of

China has not been raised as a controlled economy, it has been growing as a military force. China is the greatest nation in the world with reference to populace, otherwise ordinarily greater than all nations aside from India. Fast managed modernization and industrialization throughout the following two to three decades is prone to change this agrarian state into a force substance. Military is the principle segment of Chinese force and its initial responsibility is to assemble Comprehensive National Power (CNP). Also China’s nuclear weapon capacity, its lasting status in the UNSC, the huge scale of its military and the significant part of the PLA in its neo-tyrant political framework along with national security strategy puts it an exceptional place in the Asian security and strategic buildup.

American experts view China as an approaching danger for USA in view of its rejuvenation and extending power. It is thought to be the opponent and also surpass the United States in the future. Such alarming thoughts were fanned with the new military plan of China in the financial year of 2014. China affirmed that it would improve its military plan for 2014 with a budget of $131.56 billion. This news created uneasiness, engendered caution in Tokyo, Manila and also at the Pentagon. This quick development in the military could be marked as a dominant military vicinity in Asia. As per numerous examiners the development of PLA which incorporates Air and Navy barriers to be consistent of its economy plan, the second biggest economy on the planet, with growing military and energy, is likewise the second biggest behind the USA and the first military power extending in the Asia Pacific.

China maintains flexibility of route and over flight in the EEZ subjected to tranquil exercises nonthreatening security of beachfront countries. China has many times approached US for lessening its exercises of military reconnaissance boats and observation flights threatening China’s EEZ. The US has precisely denied these allegations, keeping up that China misconstrued UNCLOS places with an aim to go up against the US. US keeps up that the UNCLOS places confinements on moves of outside troops in 12nm regional waters, not in the EEZ. South China Sea clashes have likewise increased as opposed to creating some system for settlement of these regional debates.

Militarily, China is forewarned that the DPP may secure closer ties with US in perspective of the US rebalancing to Asia Pacific. Taiwan issue radiates political and social uniqueness between the US – China, with China criticizing US for arms deals. Resultantly Sino – US dialogue on offers of weapon issue has constantly prompted beyond reconciliation squabble from time to time.

In the financial stadium, Taiwan’s participation in US supported TTP concerns China as it would help Taiwan in picking up universal acknowledgement (the DPP and KMT holds solitary enthusiasm towards this angle).

Sino – US engagement is an intricate and confounded issue in Asia Pacific. Nonetheless it is barely conceivable that both states contend in worldwide regions, where there is better open door that UN authorizations are in place or encounter is over less noteworthy investment. Subsequently, both states could undoubtedly coordinate in these locales. Sino – US are in immediate clash in Asia Pacific since both offer dissimilar investment and it is extreme for littler territorial states to intercede and settle remarkable issues agreeably. Keeping in view the current environment of force move, it is hard for both states to follow one another on clashing issues. Accordingly US vital reorientation in the locale will hold China under consistent weight over its center issues.

This is no mystery that China is upgrading its military plan in the wake of security dangers confronted by it from provincial adversaries and also its global opponent, America. In any case what is alarming for policy makers in Washington is that Chinese intensions can’t be debilitated on the grounds that the West, itself is utilizing and upgrading innovative military gears to increase its hegemony over the globe. On the off chance that the examination of military use by the top militaries on the planet is led that it turns out obviously that USA is on top position and China keeping in the footsteps of USA is yet to be a force to be reckoned with.

Hsin-Huang in his book “Rise of China: Beijing’s strategies and Implications for Asia Pacific” gave detail and reasons that it’s because of US provoking China to put intensely in military to adapt the raise test to the very presence of Chinese state itself. Just reprimanding China for its activities in the ocean is a selfish move by the West. China’s vicinity along worldwide sea lines of communication (SLOC) is not according to the vicinity of US in the high oceans.

The finical strength is empowering China to counter the activities and policies by U.S. in the locale. Nonetheless it is the perspective of the researchers in Beijing that for affirming in the worldwide stadium first China needs to attest itself in the locale where it is confronting difficulties from the states which are adjusting themselves against China and even stretch out to have security settlements with U.S. and Australia, also the prime case is Taiwan which is directing its strategies directly under the nose of PLA. It is clear that U.S. and China are at war of assets. Chinese ascent is abating however it can’t be stated whether it’s improving its vicinity and part in the governmental issues of locale encompassing it or not. Nonetheless, the force and military of the USA can’t be underestimated as the USA as of now is managing the roots of governmental issues in the world regardless of the world moving towards multi extremity rather than unipolar plan of force.