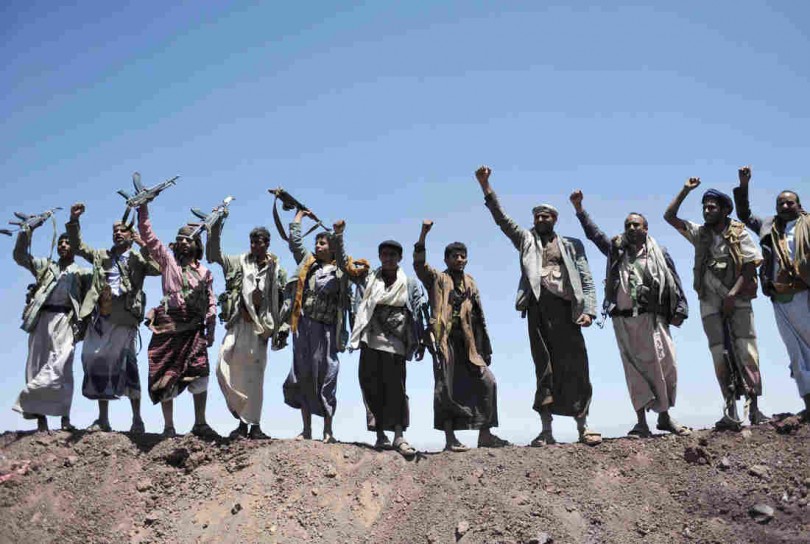 Military intervention in Yemen, spearheaded by Saudi Arabia and backed by the Gulf Cooperation Council began on March 25, under the name Operation Decisive Storm. Targeting the Iranian-backed Ansar ullah, commonly known as the Houthis, the intervention began in response to requests for assistance from the internationally recognized but domestically contested Yemeni government of President Abd Rabbuh Mansur Hadi.

Based in the far-northern region of Yemen, the Houthi insurgents rose to prominence by capitalizing on Yemen’s fragile transitional government and increasing sense of insecurity only to exacerbate the situation. What began as a struggle against corruption and foreign intervention soon led to chaos as the capital of Sana’a was invaded and the Yemeni government was held hostage.

Seemingly a purely sectarian conflict between Zaidi Shias and Sunnis, the real quest is a strategic one, the sectarian fault line of which is just a part of the bigger picture. The difference between sects is being exploited to achieve the goal of regional hegemony.

Houthis are the followers of the Zaidi branch of Islam, named after Zayd bin Ali (RA), whom they consider their fifth Imam. This differentiates them from the mainstream Twelver Shia Muslims.

When Saudi Arab turned to Pakistan for cooperation against the rebels just outside its borders, a joint session of Parliament was called by Prime Minister Nawaz Sharif to debate and decide the matter. The session started without any clear policy statement by the government, at the end of which, the Pakistani parliamentarians unanimously voted for neutrality while reaffirming Pakistan’s friendship with the kingdom. The long-time ally and the third largest foreign donor to Pakistan was blamed to instigate the war in Yemen. The conventional and social media of Pakistan continued with this stance, and the hostile expression of neutrality was lauded.

The Parliamentarians have all the right to decide on whether to remain neutral in these testing times or not, but public bashing of the nation’s nuclear program sponsor could have been spared. Taking the course of tactful diplomacy would have been the correct approach. Souring terms with allies and strategic partners, who are also home to about 2.5 million Pakistani expatriates, that too for pipe dreams of economic and strategic cooperation with Iran, is far from wise.

Historically, Iran was the first country to recognise Pakistan as a sovereign nation after it gained independence in August 1947. In 1979, Pakistan was one of the first countries in the world to recognize the revolutionary regime in Iran, but post-revolution Iran chose to change strategies. Following the Soviet invasion and Pakistan’s explicit support extended towards the Taliban, the state policies of the two countries became even more divergent, and Iran grew closer to India. To advance her influence further in the region, Iran explored the avenues of proxy and urban warfare, and sought various sources to develop a nuclear program.

The situation since then has grown worse. Border skirmishes and sectarian strife increased and the world saw public threats and violation of territory by Iran directed towards Pakistan on many occasions, which went conveniently missed by any political party, media group or the government here.

T he Prime Minister and Chief of Army Staff General Raheel Sharif went on a one day visit to the kingdom yesterday to allay misunderstandings caused by the Parliament’s ambiguous and vague narrative  on Yemen and to assure Saudi Arabia of Pakistan’s cooperation and its commitment to the Kingdom’s security. How exactly this visit will benefit Pak-KSA ties, is open to conjecture but the joint visit of Pakistan’s head of state and its army chief does speak  loud and clear of the government and the military being in accord on the issue.

The Yemen conflict is an episode in the construction of an empire, and for Pakistan playing neutral cannot work for long. A courageous stand, based on facts and not oversimplified perceptions is need of the hour.