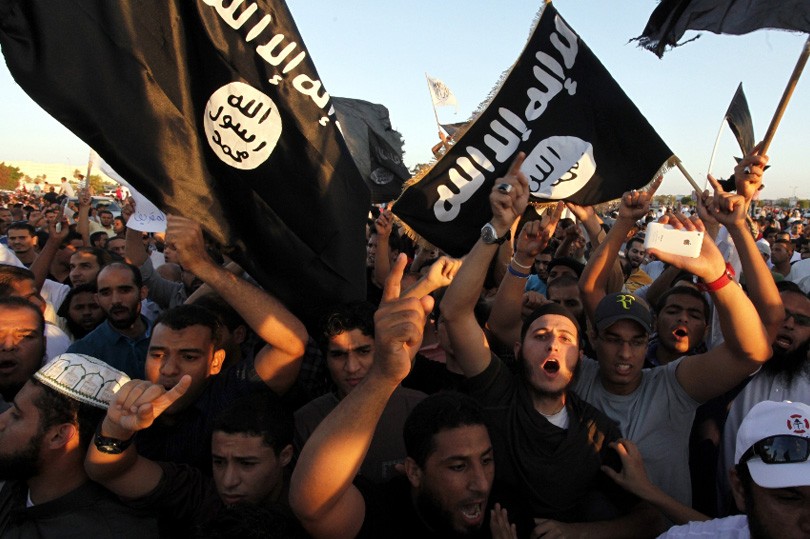 It seems like the War on Iraq, in 2003, has been resurrected, but with a few adjustments according to status quo; cruise missiles are being fired from Russian warships on Syria with frequent airstrikes and reconnaissance missions. The target this time is ISIS instead of Saddam Hussein and his Ba’athist Party. Narrative in this instance is war against terrorism, focused on ISIS. This scenario postulates a hybrid of both military incursions in Afghanistan and Iraq, whereby Russia would soften Syria through airstrikes and cruise missile deployment, making the ground favorable for personnel deployment. Tactics throughout the war on terror have not changed, as is evident by this strategy but Ashton Carter, Secretary of Defense of United States, has other concerns. He is trying to make Vladimir Putin understand that offensive behavior is not a recommended approach — a suggestion backed by adequate personal experience. Hesitant though he may seem, Mr. Carter is more concerned with the reasons of such sudden assistance in the war against terrorism by the bear, an otherwise docile creature in hibernation. Then comes the link — Syria presents two opportunities for Russia to exploit for future use; one is Putin’s reassurances favored towards Assad’s regime and the other, more sinister in nature, is Russia’s utilization of Syrian Civil War as a practice session for show of force, which might come in handy while reopening its inclination towards Ukraine.

Tactics throughout the war on terror have not changed, as is evident by this strategy but Ashton Carter, Secretary of Defense of United States, has other concerns. He is trying to make Vladimir Putin understand that offensive behavior is not a recommended approach — a suggestion backed by adequate personal experience.

Russia, in an attempt to ‘seize the moment’ somehow dealt the first serious blow to ISIS when it opened a military response in targeting terrorist installations in Syrian territory. The US, currently preoccupied with internal election campaigns, sought fit not to engage in quid pro quo, and resorted to diversifying Russian motives of such an assault to be aimed both in securing Assad and in displaying military prowess to Europe. Ashton Carter — ambiguously warning and threatening— indicates that Russia would have a vulnerable standpoint at continued aggression because of prospective retaliation. The true intentions of such a threat perception are subject to debate based on personal interpretation, and if Russia’s Muslim oriented sectors do witness extremist insurgency, Putin would not be too hesitant to call Mr. Carter to blame. Furthermore, Russian aspirations to take Syria as a test case for a worst-case scenario with NATO over Ukraine is also a long shot interpretation, dominated by conventional paranoia that surrounds US-Russian relationship as adversaries. Ulterior motive can only cause apprehension so long as the adversary does not inadvertently or intentionally displays such notions, and Russia, for the major part, is not prepared for such a display.

Then comes the link — Syria presents two opportunities for Russia to exploit for future use; one is Putin’s reassurances favored towards Assad’s regime and the other, more sinister in nature, is Russia’s utilization of Syrian Civil War as a practice session for show of force, which might come in handy while reopening its inclination towards Ukraine.

What can be argued though is the fact that Russia has instituted a strategy that was previously employed to achieve a similar goal set, and consequently was unable to achieve declared objectives. Military offensive against ISIS would allow them to proliferate to more dispersed locations and might even trigger a spillover to regions in geographical proximity, making counterinsurgency rather difficult. Ashton Carter is right to the extent that Russia might face retaliation, but he was indistinct as to what this precisely indicated. Whether he meant a resurgent Chechen uprising abetted by ISIS elements or military confrontation once Russian forces are deployed in Syria, is a debatable argument, but his notion that there will be retaliation nonetheless, holds credibility. Context to this notice however, is what made the effort distort in its completion. Threatening retaliation and signaling concerns, from a NATO perspective, coupled with concerns over Russian aerial presence in Syria alongside American aerial presence, is not a healthy indicator to the words ‘prospective retaliation’. Russia, if misinterpreting this setting, might take aggression further which would be similarly vague and would thus spoil the Syrian stalemate more than what it is at status quo.

Dynamics of Syrian conflict make this situation exceptionally perplexing. If a coalition aimed at targeting ISIS operates militarily, it automatically facilitates Assad regime in gaining leverage from a vacuum. If a coalition is not formed and Russia chooses to act alone, then international community would be worried of a resurgent Assad regime, facilitated by Russian support. If global community chooses not to intervene and let Syria settle its issue internally, followed by a collapsed Assad regime, the confidence boost to ISIS and other terrorist elements in Syria would institute an automated spillover in neighboring regions, challenging the global commitment of war against terrorism. If America chooses to stay detached from Syrian conflict over the pretext of reducing global military footprint, it invites Russia with a more aggressive posture to attempt replacing American dominance in Middle Eastern politics. If NATO temporarily agrees to form a coalition with Russia against ISIS, it risks exposing its military vulnerabilities to a traditional adversary. In all likely scenarios, tradeoffs are exceptionally higher than predicted by states willing to counter both Assad and ISIS.

Military offensive against ISIS would allow them to proliferate to more dispersed locations and might even trigger a spillover to regions in geographical proximity, making counterinsurgency rather difficult.

Discussing effectiveness of Russian strikes and allegations that Russia has ignored terrorist targets, and has targeted anti-Assad coalition forces, is subject to debate because verification of efficacy of both claims is reserved with credibility of sources with denial and counterevidence being available to both sides. Where international community is appreciative of the fact that an unstable Syria postulates augmentation of ISIS forces, and it does present a serious challenge, it is also wary of Russian presence in the region as an unprecedented and calculated motive for future use alongside the Mediterranean. American elections in the coming year do not permit the current regime to open up a fresh military venture, primarily because of the actors involved in Syria. An unstable deal with Iran, withdrawal from Afghanistan, instability between India and Pakistan, commitments to NATO and Chinese advances towards East Asia are all exceptionally higher policy preferences for the US.

Middle East, as usual, is seen flaunting the ‘jihad narrative’ with such callousness that it forgets how it was the same behavioral approach that made matters worse for them in the first place. The tug-of-war between supporting Assad and not supporting Assad has reached its zenith, and the only party to benefit from such a predicament is ISIS, which keeps consolidating its position as it evolves. Initiating the jihad narrative is not only a volatile diplomatic move but also indicative that if apprehensions towards Russia escalate more than what they are right now, there would be little hesitation in covertly assisting ISIS, as was the case that led to creation of Taliban post-Soviet invasion of Afghanistan. Middle East still requires proceeding with caution amid its own Yemen debacle and more recent suicide attacks in Saudi Arabia. Ashton Carter’s ‘paying the price’ narrative could be more than what it was during his address to NATO. Intentions on both sides are dubious; Russia desires to strengthen Assad regime to consolidate its control in Middle Eastern dynamics, and allies aspire to dismantle Assad regime to install a more favorable arrangement. In this struggle, Saudi Arabia and other Middle Eastern regions further desire to pacify Iranian position in Syria and aim to install a regime more conducive to their regimes. Where all states party to the Syrian issue understands ISIS to be a major threat for regional and global peace, they are all exceptionally preoccupied with their personal agenda and threat perceptions towards each other, providing adequate vacuum for ISIS to operate and disperse with relative ease. Even if Syrian endgame is collectively favorable to all state parties, ISIS would have gained sufficient strategic position in Iraq to continue to intervene in a recently stabilized Syria with potential for resuming insurgency and invalidating all previous strategies of pacification.

If a coalition aimed at targeting ISIS operates militarily, it automatically facilitates Assad regime in gaining leverage from a vacuum. If a coalition is not formed and Russia chooses to act alone, then international community would be worried of a resurgent Assad regime, facilitated by Russian support.

Russian military intervention was harsh, but American concerns, shared by NATO, are also not relieving. Amalgamating the Balkans with Syrian stalemate is not prudent because it tends to stretch one issue parallel to the other. Such a move would be destabilizing because it would further compartmentalize not only one issue but several others, and would allow terrorist entities to accumulate maximum benefit. Terrorist entities seek similar opportunities where there is either a weak coalition with personal motives during conflict, or general commotion amongst state participants at state level that affects efficiency of counterinsurgency operations. If Assad regime is overthrown or anti-Assad coalitions are dismantled, in both case scenarios there is a growing possibility that dissidents from either side, or even both sides in extreme circumstances, might opt to connect to ISIS, and augment the same or form their own military coalitions, further complicating the issue. Russian military offensive requires accountability, and it can be achieved if the US and NATO coalition aims at neutralizing ISIS alongside Russia. Such a strategy would institute complacency with Russia and Assad, and might even initiate accountability for atrocities committed by Assad regime whilst it was in power. There is no denying the fact that the US and its allies from Europe and Middle East provided abundant military and financial support to anti-Assad forces, similar to the support provided to Afghan Mujahedeen during the Soviet-Afghan war. Such assistance is often observed to be used for reprehensible purposes prospectively, and renders all efforts of stability redundant in a short span of time. Syria has sufficient capability to transform to Soviet era Afghanistan, only with more devastating consequences for regional neighbors, currently under threat of implosion and civil war. Ashton Carter’s worries are predictable tremors of the Cold War apprehensions, but that ship has long sailed, to be replaced by a more diverse enemy that needs his attention — the ISIS.