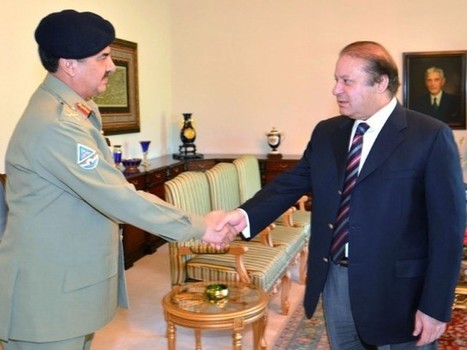 The recent phase of promotions, appointments and transfers in the Pakistan Army ensured that strategic level command and staff positions remained in competent hands. This meticulous process is a hallmark and an institutional value of the armed forces of Pakistan. Amongst the officers promoted to the coveted rank of Lieutenant General, the name of Major General Asim Saleem Bajwa was a matter highlighted by the media. Without doubt, the prolific career of Maj Gen Bajwa merited his promotion, but given his experience and service in command, staff and instructional positions, it was expected that he would be entrusted with command of a corp. However, as it turned out, he became the first three-star General to spearhead Inter Services Public Relations (ISPR). General Bajwa’s continued stint as Director-General ISPR is unprecedented, to say the least, but perhaps it is needed.

Indeed, ISPR under his command has taken on a very important responsibility that is one of narrative-building. With the growing role of information and psychological warfare, the aforementioned tasks have become all the more necessary. Through profuse, timely and intelligent use of social media conduits the image of, and the narrative regarding the army has drastically improved. Not only ISPR targeted local audiences by initiating a lecture series in colleges and universities, but it engaged the international community as well, something which will be discussed, subsequently.

The official Twitter account of General Bajwa and the press releases issued by ISPR apart from projecting the meritorious sacrifices on the frontlines and everywhere they are required, gives an inkling that the gulf that typifies the history of Pakistan is still large. Yes, the civil-military relations in the country have changed its nature and the rule of engagements with each other.

The trajectory of Pakistani politics and geostrategic factors compelled the military to take a domineering role in the affairs of the country. History corroborates the assertion that the imbalance is attributed to a feeble political scaffold. The anatomy of civil-military ties in Pakistan has merited a lot of scholarship. Commentators and analysts opine that the military has subverted and toppled civilian regimes in the past to maintain their behemoth status. They believe that rep-tapped officers were and continue to remain ambitious. But perhaps, it is a “you miss, I hit” scenario. A historical analysis of the imbalance is not within the purview of this piece, but we certainly can derive an important lesson to dabble into the nuances of fissures between the government and the “Establishment” so to speak.

The battle for gaining space between the politicians and the military has been long drawn. It has by all means been a “Cold War” to make strides into open spaces. For much of its history, either the military directly ruled or exerted great influence in the country. However, at the dawn of 2008, things changed: An elected civilian government supplanted that of General Musharraf’s Kings Party. Furthermore, General Musharraf relinquished presidency and much to the delight of the democrats, the army under the command of General Kayani went “back to the barracks”. Hence, the demons of cleavages subsided.

It would not be wrong to state that the military retreated in duress. It was, in all earnestness on the back foot. In addition, despite successful military operations in Swat and South Waziristan, the military was ostracized for espousing terrorist outfits to be used as tactical assets to thwart nefarious Indian designs in Afghanistan. The colossal events throughout 2011 tarnished the repute of the military. It was time for the naysayers to launch a tirade against the military in wake of the Abbottabad Raid and the Salala attack. This was debilitating and worrisome, but the unstable power equation continued to work. The military was slowly making up lost ground, but was unable to swing the pendulum completely.

Capriciously yet not surprisingly, the events unfolded drastically. The euphoria surrounding the transfer of power from one elected government to another soon ended. The Nawaz Sharif-led government was flayed for being inept in tackling militancy and the power crisis. People questioned the impact of democratic continuity on their lives.

The newly-elected regime took two important decisions which were both related. One was a policy direction to tackle the menace of terrorism, while the other was the appointment of General Raheel Sharif as Chief of Army Staff.

General Raheel Sharif, a man with a pure warrior bloodline steered his outfit into a position of strength, reverence and adulation after assuming command. This swift excursion needs to be understood in its entirety.

All this came at the expense of a balanced working relationship between the government and the military. Though, both are important sinews of the state, it appeared that the two took a diametrically different approach in dealing with an existential threat: terrorism.

While the government formulated teams to enter into a dialogue with the Tehreek-e-Taliban Pakistan (TTP), the military launched a series of surgical airstrikes on sanctuaries in North Waziristan and Khyber Agency.

Political commentators termed these attempts as subversive, but soon the fear of militants gaining time to regroup became a reality. A series of deadly attacks necessitated serious rethought. The demands of an all-out military operation became all the more vociferous.

The fact that ISPR “tweeted” about the launch of Operation Zarb-e-Azb before the government took the parliament into confidence, one could argue that perhaps there was a dichotomy.

A successful campaign in North Waziristan and Khyber Agency won the military especially General Raheel, immense appreciation. The Raheel Doctrine was focused on targeting the enemy’s centre of gravity and dispossessing it from its sources of strength. News of valiant sons laying down their lives infested the media, both mainstream and social, and the nation rallied behind the military.

The admiration of the military and its efforts to rid the country of an immediate threat was ever-increasing. However, the government was beset with multifarious problems. Not only was it vilified for its performance but its legitimacy was challenged by cricketer-turned politician, Imran Khan and Tahir Ul Qadri. The political standoff enfeebled the government to such an extent that General Raheel Sharif was asked to mediate. Again, a 140-character tweet by now Lt-Gen Bajwa negated the claims of the Prime Minister and his cabinet members.

The Nawaz government survived the onslaught by Imran Khan and Dr Qadri by the skin of its teeth, but it was obvious that the military had wrested back control of affairs it wanted to. The divide was starkly visible when parliamentarians openly termed the sit-ins as “army engineered”.

Regardless of speculations, the army continued to assert itself, especially after the cowardly attack on school children in Peshawar. Not only the intensity but also the ambit of the operation expanded. It seemed as if the military on its own took the mantle of responsibility to weed out militancy.

The parliamentarians resisted the establishment of military courts, but then had to succumb in the 21st Amendment. The military saw this as an intrinsic part of the National Action Plan.

The civil-military divide is there for all to see. Besides, the surge at home, the military has taken upon itself to deal with international players, to include the United States. Unprecedentedly, the COAS in his “official visits “not only talks about military ties but also about Indian involvement. Yes, he expresses his concerns over development in Afghanistan, and then gives the Pakistani version through addressing think tanks. This is well-documented in the international media. As an example, the perception regarding General Raheel’s visit to the U.S. is that real matters will be discussed with the “military Sharif”.

The popularity of the army has increased manifold, be it due to restoration of normalcy in Karachi or the visible improvement in the security situation. However, the success of the military in gaining that “space” is attributed to the fact that the civilian institutions could not use something which “ideally” should have been theirs. The recent press release is just a polite reminder!