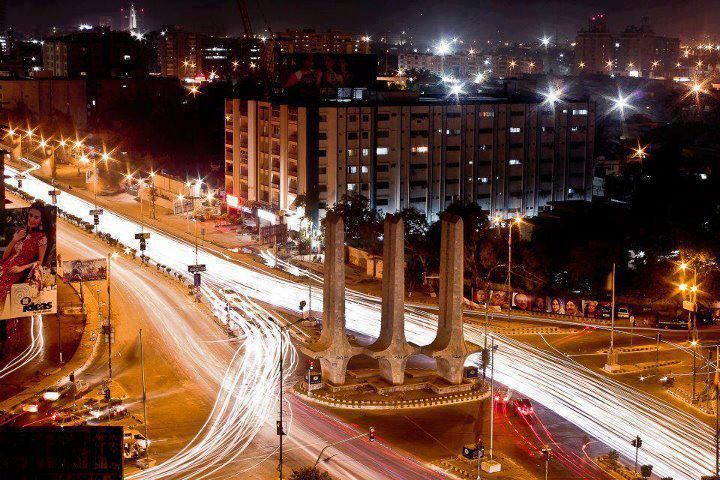 Local Governance means “Building stronger communities”. Institutions play an important role in establishing the local government system.  Local institutions means, “sub – units” at the public level to which the government gives some authorities so that they may be able to solve the local problems with the local resources.

There are three levels of government: local, state and federal level. Local government is the first level and is responsible for matters close to local communities. Sub-national institutions comprise of one of the most important opportunity for poor people, minorities and women to contribute in the development of their communities and influence the decision-making processes that are directly relevant to their lives. Important opportunities for poor people, women and minorities to participate in the development of their communities are to be found in local institutions of governance. The basic services for citizens are provided by local governments. Basically, their aim is to improve their capacity and ability to become better administrators. Through local governance government can promote peace and reconciliation at the local level. They can avoid conflict and promote trust into programs and services.

The history of local government elections inside Pakistan started from the regime of General Ayub Khan (1959-1969). In 1959, he issued an ordinance through which non-party local government “basic democracy” elections were held. In developing countries like Pakistan these institutions represent the powers of local groups. Zia-ul-Haq, after coming into power, reviewed the system of local government and established this system on strong footings, which progressed step by step. Local government ordinance (2001), Devolution Plan set up the National Reconstruction Bureau as a think tank. Its mission was to establish the real democracy in the country with the help of reconstructing the institutions of state.

The present local government system was introduced in 2001, during the regime of General Pervez Musharaf for developing the democracy for strong supremacy with another objective of transferring power to the representative of the people. For this purpose, National Reconstruction Bureau (NRB) was established on 18 November, 1999. This bureau was working on reinstallation of institutions that were shaped under the local government system. The devolution programmed in Pakistan was established in five phases. During these phases elections started from the smaller districts towards the larger cities and districts. It was believed that each phase would improve the implementation of every coming phase.

The current local government was shaped particularly to fulfill the requirements of the districts. Local governments were formed at three levels: district, town and the union. District government consists of district (Zila) Nazim and district Naib Nazim, an elected body and its administrative structures. For the more active involvement of people in the community development of grass roots organizations were established such as village councils/ neighborhood councils and citizen community boards.

Since August 2001 it had been a period of transition as well consolidation. The local government representative and elected Nazim’s relationship with MNAs/MPAs was a very difficult one. Miss-collaboration was created due to this new political structure. The local government ordinance, 2001 had developed political power and decentralized administrative and financial authority for good governance and effective delivery of services through institutionalized participation of the people at grass roots level.

Local governance assessments can be useful for:

Structural Analysis of provincial assemblies from year 2001 to 2012

Devolution of Power Plan was presented by Pervez Musharraf in 2000. This policy was for the reconstruction of local government. It was a plan to transfer the evolution of power and “responsibility” to the grass roots level. The basic principle of the Devolution Plan was that the local government would function clearly within the provincial framework. For the strong local government system, the Provincial Local Government Ordinance, 2001 was included for a period of six months in the sixth schedule of the constitution. Amendment in ordinance can be made by the president after discussion with the prime minister. Though the devolution of power, responsibility and decentralization of authority was a permanent development and convincing improvement in the delivery of services at the district level, it would increase the image and efficiency of governments at the grass roots level. Because it was an important factor of good governance to provide justice.

The local government was based on five ground rules:

Political parties were actively involved in the elections at every stage – selecting candidates, campaigning and polling in Karachi. After the elections all parties had also expressed their views to the conduct of the elections. The ruling PML and MQM described the local government elections as a genuine democratic exercise which will strengthen participatory governance and the federal cabinet described election as 90 per cent free, fair and transparent with only 8-10 per cent complaints about irregularities. The opposition also demanded for resignation of the government for rigging in the local government election 2005.

In view thereof, holding of local government elections were postponed on one ground or the other. No doubt that there were certain administrative problems in implementation of the local government system under 2001 ordinances, but those could be removed by making minor changes in the statutes. Furthermore, there was hidden jealousy amongst national and provincial legislators who were against the devolution of their powers, particularly in development work to the local governments. Above all, the bureaucracy which had, due to absence of non-elected governments for a long period, become very strong did not like the divesting of their powers to the elected representatives of the people. The province of Sindh initially revived the 1979 law and then replaced it with Sindh Peoples’ Local Government Act, 2012, and once again replaced it in 2013, with Sindh Local Government Act.

According to the Sindh Local Government Act 2013 the provincial local government commission   distributes some functions and responsibilities to the district government.

After the general elections of 2013, the local government act and elections have been a major issue, the bone of contention between MQM and rest of Sindh.

If we analyze the local government system implemented during the Musharraf regime without any doubts the local body act 2001 delivered par performance to the people of urban Sindh including Hyderabad, Mirpur Khas and Nawabshah. The main purpose of that act was to strengthen the common elected man and transfer the power to the grass-roots level. A lot of work has been done in Karachi by Naimatullah Khan the mayor of Karachi from August 2001 to June 2005 during Musharraf’s tenure when most of the projects were proposed and approved. Money was allocated and projects initiated. Mr. Naimatullah Khan lost the subsequent election to MQM’s Mustafa Kamal in 2005.

The debate between MQM and rest of the Sindh assembly is on the two bills. One was local body ordinance 1979, which is amended by PPP and their allies, approved as a local body bill 2013 and the other being the local government act 2001, passed in the Musharraf era. They also argue to come up with a new bill that gives power to the people.