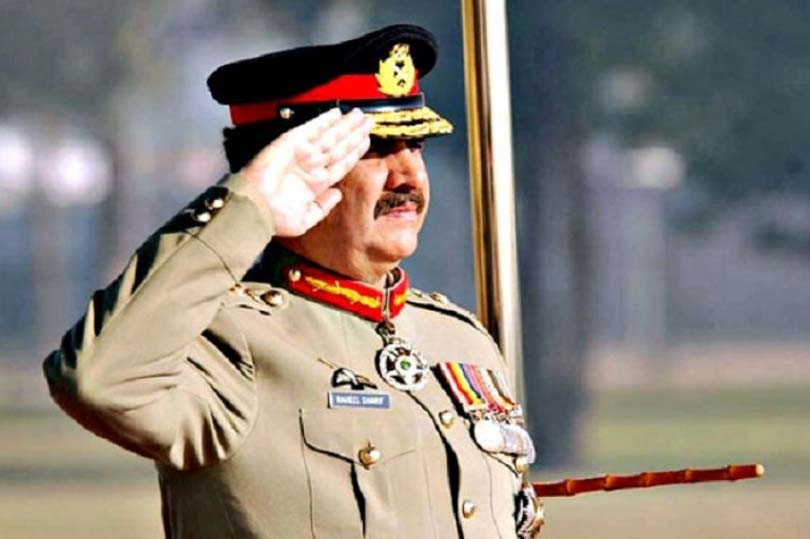 A state has a few basic attributes, which define its contours. In the realm of international politics, states are veritable actors in the scheme of things, grappling with challenges of the times to save its interests. Security of citizens and territorial integrity are indispensable to the survival of a country and therefore, fall under the ambit of vital interests. All constituents of a state cobble up to fend off threats to a country, and certainly security forces have a colossal role to play.

The case of Pakistan is different due to various historical aberrations wherein intra-institutional scuffle has led to a pronounced role of the country’s security establishment, confronting the menace of terrorism for more than a decade as a result of which Pakistan has suffered tremendously.

It is important to fathom the fact that it is Pakistan’s own war from the outset because the miscreants challenged its very existence. Initially, the response oscillated between targeted operations and peace indentures; the latter gave terrorists a level equal to that of the state, besides time and space to recuperate. Recognizing these non-state actors is itself recognition of their miscreant organizations.

Dithering dealt a severe blow to counter terrorism efforts as the enemy of the state became brazen. Internationally, Pakistan was castigated and deemed as a pariah. However, horrible scenes from Swat and the nefarious activities of the Red Mosque compelled the initiation of military operations at a larger scale than before.

The military restored the writ of the state across FATA and Swat. However, it is safe to say that clearing is just a miniscule part of counter terrorism. The other prongs were not taken into the equation.

A change at both, the civilian and military establishment was coupled with a spate of ferocious attacks in the country. PML-N supplanted the PPP-led coalition but more importantly, General Kayani bequeathed the reins to another infantryman, General Raheel Sharif.

General Raheel had a strong military background with his uncle and brother being recipients of the coveted “Nishan-e-Haider”. Upon taking over, he had to war game an impending operation in North Waziristan. However, the government went into talks with the Tehrik-e-Taliban Pakistan (TTP). Again, the state lowered its status and came to the level of a non state entity. Soon, the impact was conspicuous as the militants resorted to cowardly attacks. As talks were being held, sanctuaries were being pounded by surgical strikes, a Raheel-led initiative which showed that the state must repose monopoly of violence.

The narrative was heavily against peace efforts and the idea of a final thrust was gaining traction. It was the media wing of the armed forces which announced the launch of a full scale military offensive titled “Zarb-e-Azb”. Fears of backlash did not deter columns to advance in hot pursuit and gradually the miscreants lost hold of their center of gravity in a way. Apart from North Waziristan, Khyber Agency was purged and the green flag fluttered high as locals played cricket with the pride of their tribe: Shahid Afridi.

As aforementioned, CT has other aspects too, which cannot be circumvented. The commander set out to mollify the temporarily displaced people by focusing on their rehabilitation and smooth return. The festivities in Mir Ali, an erstwhile haven of the enemy spoke volumes about the success of winning hearts and minds.

Another aspect of the Raheel Doctrine was to up the ante in the arena of a virulent information war. Hence, the role of the ISPR became all the more important, be it in dissemination of news or addressing universities and think tanks.

The Raheel Doctrine also has another plank. It ensures that the Pakistani narrative is heard globally and designs repugnant to it are unmasked. This is evidenced by visits to important allied and non allied countries.

The Raheel Doctrine first defined who the enemy was. Any entity posing a threat to the very existence of the state was deemed as a foe. The implementation, though not sans pitfalls is going steadily. There is public despise for terrorism and adulation for the defenders. That is the imperative attainment of the doctrine.

Naysayers will cite attacks on APS or the Bacha Khan University as an evidence of failure. The events, though tragic, show the amount of ground that the enemy has lost. Moreover, it depicts the response capabilities of the armed forces as places are flushed with minimum damage. It also proves the tentacles that these outfits have with foreign elements across the border.

The current approach to tackle the epidemic has put the state in the position that it should have been a decade ago. Certainly, the state has the upper hand, but the war of attrition will continue until and unless the other tiers of CT are taken into serious consideration.

The non military dimensions of CT and shortcomings in the overall efforts to win this war merit another study, but it must be borne in mind that a state is strengthened by focused efforts on all fronts and by the realization that citizens are the mainstay.

The state is sacrosanct; this is the cornerstone of the doctrine produced by General Raheel Sharif. The war is far from over, but the assertion that we are ready shows that the state is cognizant. The students brimming with smiles and draped in uniforms tells that Pakistan is winning its war on terror.