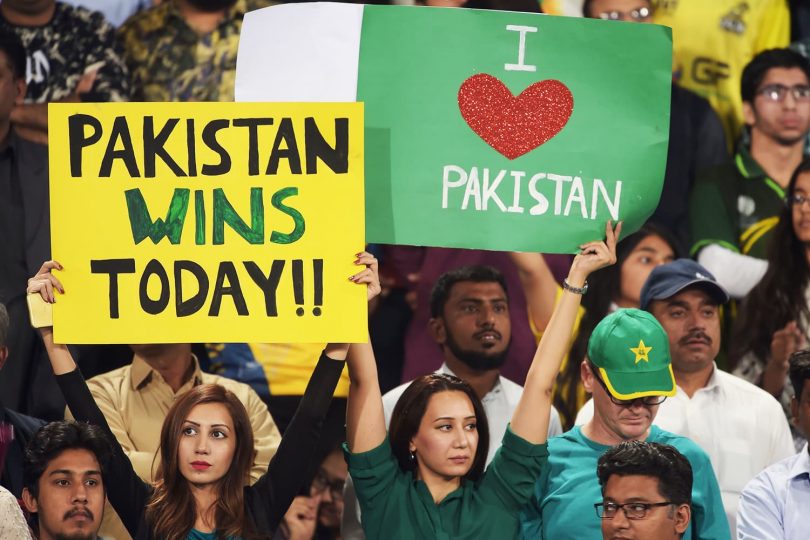 Amidst the milieu of international isolation and an ongoing insurgency, the antics of the men in green way back in June 2009 meant a lot more than a World Cup victory. The euphoria across the country; the slogan of Be Afridi, be very Afridi in morning assembly of schools in London was not an accolade for the talismanic all-rounder, but for Pakistan. The message was clear: Pakistan was the champion despite war and chaos. Pakistani diaspora around the world saw the name of their country reverberate everywhere for a reason to feel elated.

Cricket is more than a sport for Pakistan. It cobbles up the nation into one doing away with ethnic and sectarian cleavages albeit, temporarily. Cricket has brought home laurels, it has shown the world what natural knack Pakistanis are endowed with. The cricketing history of Pakistan very much typifies that of the country. Like the country in general, Pakistani cricket has oscillated between breathtaking brilliance and shambolic nadirs. The mercurial nature of our cricketers and their ability to stun the world when the chips are down is pretty much akin to how the state of Pakistan “bounces back”.

Image and profile building comes under the realm of assiduous use of soft power. Cricket is not only a potent tool of diplomacy but is one of national integration. It is an important sport to counter terrorism. Give them bats and take away guns. Let the youth follow Javed Miandad; this is the needful. Moreover, it continues to inspire one and all.  A youngster holding a ball says, I want to become the next Wasim Akram. Certainly, it is a pride for Pakistan when the left-arm maestro is still deemed as one of the very best.

Sports icons are ambassadors; they promote the name of a nation hence must be valued and more legends must be produced. Cricket and Pakistan’s clout in the game has changed, but the passion for it remains the same.

Cricket was banned in Pakistan for unfortunate reasons and many believe that this impeded the development of Pakistani Cricket. The advent of franchise cricket left an indelible impact on the game. It has ameliorated standards in more ways than one. However, Pakistan was not able to reap the benefits because the security profile of the country did not favor league cricket involving foreign stars.

We saw limited skilled players becoming world beaters by roughing it out with the best in the business. On the contrary, national players regressed, and the once most marketable team found it hard to garner sponsors.

Therefore, cricket authorities floated the idea of organizing the Pakistan Super League (PSL). The knives were out and the plan was aborted as the board was marred by power scuffle and dearth of resources.

However, with the echelons well in place the PSL file was reopened with gusto. All that takes to adorn a league was put in place. Icon international stars, commentators and legendary mentors embellished the fiesta.

Despite apprehensions, the event took place and it was filled with emotions of joy and tears. There is more to the PSL than the pedigree of cricket and the players.

It is hence imperative to look at this league through the lens of identity and it being a cogent force of cohesion.

It was a Pakistan-led initiative where the country launched itself in franchise cricket. Against all the odds, this product was launched. Everything seemed indigenous. The fact that Chris Gayle played for a team named “Lahore Qalandars” gave a right feeling that this was a Pakistani league. Ramiz Raja, a World Cup hero for Pakistan said that Shahid Afridi asked to be interviewed in Urdu. Afridi opined that it is a Pakistani league, “it is our league Ramiz bhai, we should be allowed to speak in Urdu.” This pretty much sums up the affinity with this league. Worldwide, it is seen as a purely Pakistani product, involving Pakistani commercial entities. Right from naming teams till the selection of official anthems, a Pakistani flair was conspicuous to say the least. The Karachi-Lahore tiff on Twitter, the federation versus Balochistan banter made it as our very own. Add the special consideration given to students of Army Public School, Peshawar by one of the franchises made emotions run high.

Pakistanis were glued to their sets, rooting for Peshawar, Quetta and other teams. Ownership was gauged by the fact that Pakistanis did not have to wait for matches in foreign leagues where a few of their icons played. Now foreign players were playing for the teams that they owned by heart and soul. Yes, it must be borne in mind that not only Pakistanis can relate with the league but can also feel a sense of togetherness. Five teams have been inducted; each one named after the four provincial capitals and the fifth one being Islamabad. With the second edition entering the business end of the competition, the frenzy increases by the minute. However, it is imperative to embrace every constituent unit in the fold of the PSL. It would be more than symbolic to add teams from The Federally Administered Tribal Areas (FATA); Gilgit Baltistan and Kashmir. This would have a telling impact and in all earnestness, will actually make this as a fully represented Pakistani league.

The first edition showed the world that there is resilience and grit. Pakistan can develop and sell its own product. Despite shortcomings, the PSL started off as a stellar success. Pakistan was the eventual winner at the end of the day. The second edition is a massive upgrade; it is bigger, better and glossed with more razzmatazz. The league is becoming more watchable and its audience base is ever-increasing. This gives Pakistan a pedal to ramp up its soft power means. This could be used as a veritable tool not only to dispel a somewhat “pariah image” but also to non-violently compel actors to take actions that commensurate with Pakistani interests

Having said that, the real success and impact of PSL will be felt if the event is organized in Pakistan. The visible improvement in the security profile of the country due to successful kinetic operations is a good harbinger. The final of the ongoing tournament is scheduled to be held in Lahore on the 5th of March. However, owing to a  recent surge in terrorist attacks and the launch a country-wide clearing operation  question marks on Lahore being a safe venue for the final arise .

Though, the commitment of the nation in fighting the menace of terrorism with utmost chivalry is a reason to believe that the Pakistan Super League will eventually be organized in its rightful place: Pakistan. Given the stepped up Counter Terrorism (CT) drive by the state, the next edition can be partly, if not wholly hosted in Pakistan; this would give much needed confidence to international participants in deeming Pakistan as a safe cricketing center.

PSL will gradually develop into a highly valuable and marketable product and Pakistanis must take great pride in it and its growth.