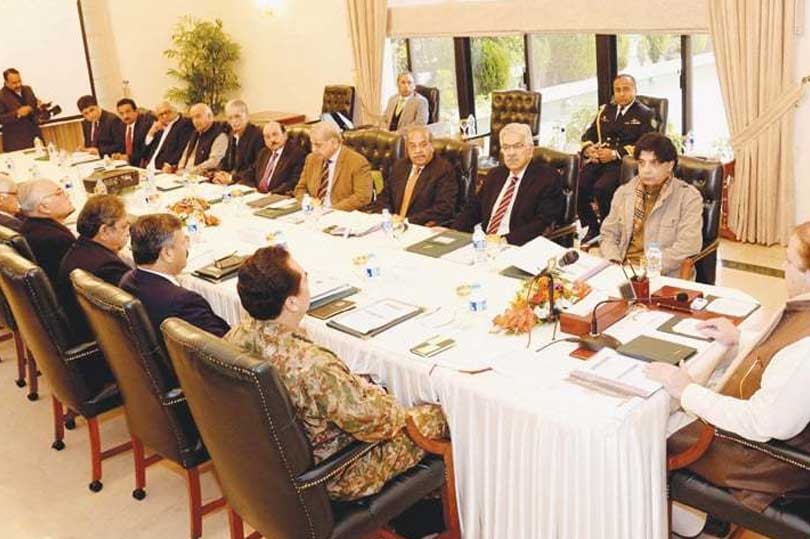 The Charsadda Incident marked an uncanny resurgence of terrorism in Pakistan indicating that situation is not dynamically transforming as it should. Even with the Operation Zarb-e-Az’b continues with full momentum one question continues to haunt the minds; what if dispersal of terrorists beyond international border constraints forces the operation to slowdown but not acts of vengeance by terrorist elements? Beyond Pakistan’s sovereign territory any attempt to engage in hot pursuit would require permission from said state and a fresh mandate to the entire operation would then be a prerequisite. This would mean that where operational preference is principally given to clearing internal threats and consolidating subject matter territory under writ of state, mandate of the operation does not officially accommodate any pursuing maneuvers, particularly beyond territorial constraints of the country. My issue is neither lollygagging with the age old concept of decreeing Afghanistan as a safe haven for terrorists nor stating as to how someone is in cahoots with the terrorists to inflict damage with an intangible harm as principal intent nor am I even going to dwell on the idea that some domestic institutions are two-faced because none of these arguments are solution to the problem. If a domestic institution, whoever it may be, was so bent on ‘sabotaging’ a regime or a decision they would’ve done it ages ago and wouldn’t have waited for so long that the common public somehow ‘detected’ their ulterior motives. That being said, Charsadda is a gruesome reminder of one distinct deficiency in Operation Zarb-e-Azb’s containment strategy; political consolidation. This issue neither concerns the Pakistan Tehreek-e-Insaf or the Pakistan Muslim League (N) nor does it perplex any other political contender in the country as it is a state matter and thus commands administrative attention.

The statements that ‘terrorists are now targeting vulnerable targets like schools and universities is a sure sign of their defeat’ is both criminally miscalculated and drastically negligent. What it truly means is that terrorist agencies have now diversified their approach and have changed their modus operandi from conflict to confusion maneuvering. Their goal is now to create confusion in civilian centers by upsetting civilian defense infrastructure as a means to pressurize military deployment within other regions thus effecting troop placement in Operation Zarb-e-Azb. Pakistan would either respond by typically splitting military attention to civil defense thus disturbing force rotation in conflict areas or increase the magnitude of military inductions and thus rendering a similar cyclic ‘aid to civil power’ rhetoric rendering more pressure on armed forces. National Action Plan (NAP) was designed to accommodate cohesion between civil and military decision makers and was constructed to manage joint operations. One principal flaw neglected was that the police system of Pakistan is neither equipped nor trained to handle terrorist operations and even if provincial law enforcement dispatches joint courses with armed forces of specific units, said units are seldom actively deployed in conflict regions to maintain the ground cleared by a military operation. Like all other military operations everywhere in the world, fighting forces are in a continuous movement and momentum cannot be interrupted as it may tend to jeopardize the entire military campaign.

Operation Zarb-e-Az’b, like all other military engagements, requires a political contingency to restrict resurgence and this in no manner means that they should establish garrisons and settle this issue themselves. It means that once an area is declared as cleared, a military contingent in assistance to local law enforcement is deployed for a temporary basis to establish control mechanism and once it is substantially instituted, the contingent moves back to operation mode and act as rested reserves. Police would then have to be prepared for such assistance and would require a more different type of training institutes which are deficient, if any are operational at optimum efficiency. No one said countering terrorism would be easy, so no one must be hesitant to accept that institutions serving as first line of defense need an overhaul. Political parties are also required to socially induce a second tier level of transformation by introducing a counter-narrative to terrorist agenda which is a fairly easy thing to do as compared to actually engaging terrorists. Their main focus should not be merely visiting the victims with melancholy on their face and comments on their microphones but instead make a mark by agreeing to the fact that terrorism is not one province’s problem but a national issue. Success of Zarb-e-Az’b is not only in physically eradicating terrorist control over said regions but also in ensuring that there is no resurgence of terrorist activity of magnitudes we have seen before. The APS incident and the Charsadda event are both signals that behavioral approach towards terrorism needs to evolve too.

Terrorists operating from Afghanistan on both aforementioned occasions means that something went wrong in the foreign office. The absence of a foreign minister is erroneous but a ministry must operate nonetheless without waiting for a ‘messiah minister’ who would lead them to ‘administrative salvation’. Either the foreign ministry settles once and for all that they need to advance cooperation by sharing security with Afghanistan or should recommend surrogating Pak-Afghan security in the hands of a more capable force out of the two so that the ‘do-more’ ball goes in the other court. Both way, foreign and defense ministries are destined to work in tandem in wartime situations, something never-before-seen in Pakistan. Afghanistan has been sufficiently communicated of terrorist elements upsetting security order in Pakistan and abundant evidences have been provided thereof. Extraditing terrorists arrested is an option but a farfetched one chiefly because of a trust deficit between the two states. Solution is simple; create a civilian force ready to surrogate security as per the National Action Plan, consider terrorism to be more important instead of a three-year long election controversy and confused statements, see that electronic media and social media websites are not a viable alternative to parliamentary observations and communique between political parties, appreciate Zarb-e-Azb’s potential and elasticity before it too late and get with the program. Now that everyone called the war on terrorism our war, start acting like it’s a wartime situation.

If I may be bold enough to write this down, if the National Action Plan is amended to adjust dealing with terrorist interference from beyond borders, it won’t hurt anyone in Islamabad or Kabul and if there is to be a cooperation for something from Central Asia, consider this as a diplomatic prerequisite in negotiations. After all, we know no matter how much Mr. Abdullah hates Pakistan, he might not be able to say if something tangible is involved. That being said, the onus to modify civilian infrastructure is still on the shoulders of the legislation and it does include the opposition for it remains a national issue; an issue on which there should be difference of opinion but not stalemate for the sake of stalemate over non-issues.