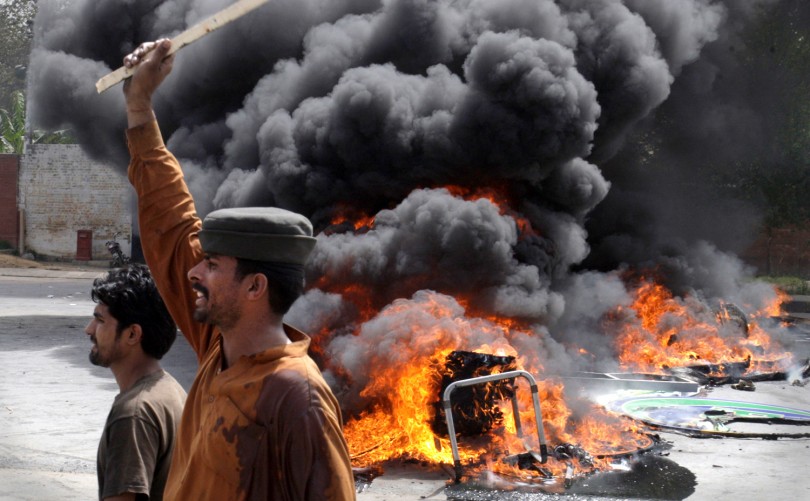 Pakistan is a country that has been through hell and high water ever since the government decided to render unconditional support for the war on terror to allied forces operating against Taliban and Al-Qaeda in Afghanistan back in 2001. The spillover, however, ensured a long term dilemma for Pakistan as domestic problems somehow augmented not only spread of terrorism but also weakened the administrative capabilities of state machinery which in turn, prejudiced Pakistan’s political abilities to steer through the said problems. Civil unrest and lack of a stable and secure environment, coupled with vast internal challenges has somehow jeopardized sustenance of any political arrangement.

The more recent instances, if taken out of chronological context, is the turbulent management of government authority, often referred to as ‘writ of the state’. Internally speaking, inconsistent policies are to be a major factor in said instance but external factors cannot be excluded from view. The government of Pakistan has been unable to devise a stable economic policy and revenue generation which entails massive shortages in tax collection. This lack of collection of revenue in turn, allows private sector industries to out maneuver state apparatus and bypass legitimate restrictions, making a strong mafia. This mafia then operates as a cartel and not only runs a parallel economic system but also sometimes pressurize the government via lobbies to receive grants in their interests.

Economic dissatisfaction gives rise to haphazard and short-term state policies and urgent reliefs that dry out as soon as the immediate requirement is fulfilled. This not only increases undue pressure on the government in terms of financial accommodation but also damages system of revenue generation. This approach destabilizes financial outreach of citizens and augments inflation and poverty. Poverty and inflation, in turn, increase public distrust and this causes an overall consistently negative impression of state machinery. Where this negativity can be maneuvered by state through long term policies, the extreme red tape behavior of the political and bureaucratic elite impose an unwanted extremist sentiment in the public and this allows non state entities a chance to steer public opinion in their favor by using popular slogans.

Apart from economic instability, one of the major factors in causing civil unrest in Pakistan is how religion is used as a political force multiplier instead of a uniting factor. Many religious organizations misinterpret religious text and manipulate the economically down trodden segment of society by offering immediate economic relief. This not only keeps a soft corner for such organizations in the select populous but also provides them with a social and religious cover against state action. Where the government and the society as a whole have not yet formulated a uniform religious narrative based on common principles, such organizations keep manipulating religion to their interest and maintain a threat to peace and tranquility in Pakistan.

Media and the lack of ethical barriers to news are also a major contributor to unrest in Pakistan. News and bulletins have an immense impact on social psychology and this psychological impact directly effects common social mindset about their surroundings. Pakistani media operates without any moral or ethical control and reporting often portrays an extremely negative and depressing picture, where most of the opinions are anti-state and against government apparatus, the insensitive display of individual misery without any relief adds to the prevalent negative sentiment and thus creates a more radicalized social emotion against the state which renders state machinery weaker than media or social pressure.

Governance in Pakistan has seen absolutely no consistency and it often sees switches from democratic to autocratic rule. With frequency of such fluctuation a regular historical feature to Pakistani governance, neither the public nor the electables are aware of what democratic norms are. Inability of political and democratic maturity in the elected candidates and their inexperienced political life in terms of statecraft entails with it personal aggrandizement and person specific benefits. This individualized behavior hampers progressive legislation which damages ability of the state to maintain a stable form of governance and allows for non-democratic takeovers. This fluctuation of governance creates massive confusion at individual level and this confusion renders accountability of state representatives impossible due to fissures in transparency and lack of social coherence in terms of accountability.

Pakistan is a country that has been unable to manage its ethnic division and the government has been consistently unable to devise a proper mechanism or policy for ethnic problems and also to curtail spread of provincialism. This issue magnifies inter province disputes and where the federating units offer no coherence, the federative center remains totally impotent to offer any mediation between such sentiments. Moreover, members of the government themselves use such provincialist slogans to their political advantage and damage stability at the cost of personal benefit.

Overall, the domestic concerns for civil unrest in Pakistan outweigh external pressure factors and where most people would attribute internal challenges as being a direct cause of external manipulation, such claims are conspiracy theories if not factually incorrect. Pakistan must offer simple yet effective social control in order to avert the aforementioned challenges and must develop a single unified narrative not only on system of governance but also on how to achieve social coherence through both government and social accountability.